A number of demonstrations are due to take place in Dublin in the coming days over the death of George Floyd in Minneapolis on Monday.

George Floyd died in the US city after a police officer held him down with his knee for over eight minutes. His death has led to widespread protesting across the United States and beyond and here in Dublin, a number of demonstrations are being organised.

Today, demonstrations are set to take place at 1pm outside the US Embassy in Ballsbridge as well as at the American Ambassador's Residence in the Phoenix Park.  A socially-distanced protest is also being organised for O'Connell Street on Bank Holiday Monday. 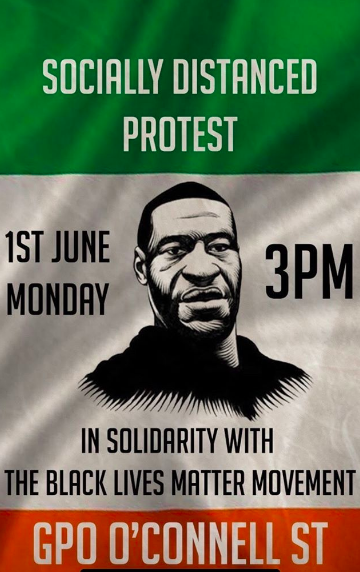 On Friday, police officer Derek Chauvin was arrested and charged with third-degree murder and second-degree manslaughter for Floyd's death.