Bags of sandwiches for the homeless appeared outside Stephen's Green Shopping Centre on Monday morning.

The bags of O'Brien's sandwiches were accompanied by a sign which wished homeless people in Dublin a happy St. Patrick's Day.

It's assumed that the sandwiches were provided by the O'Brien's cafe in the shopping centre although there was no message about who the bags came from.

The meals will be greatly appreciated by homeless people in Dublin amid a period of great concern among vulnerable communities. 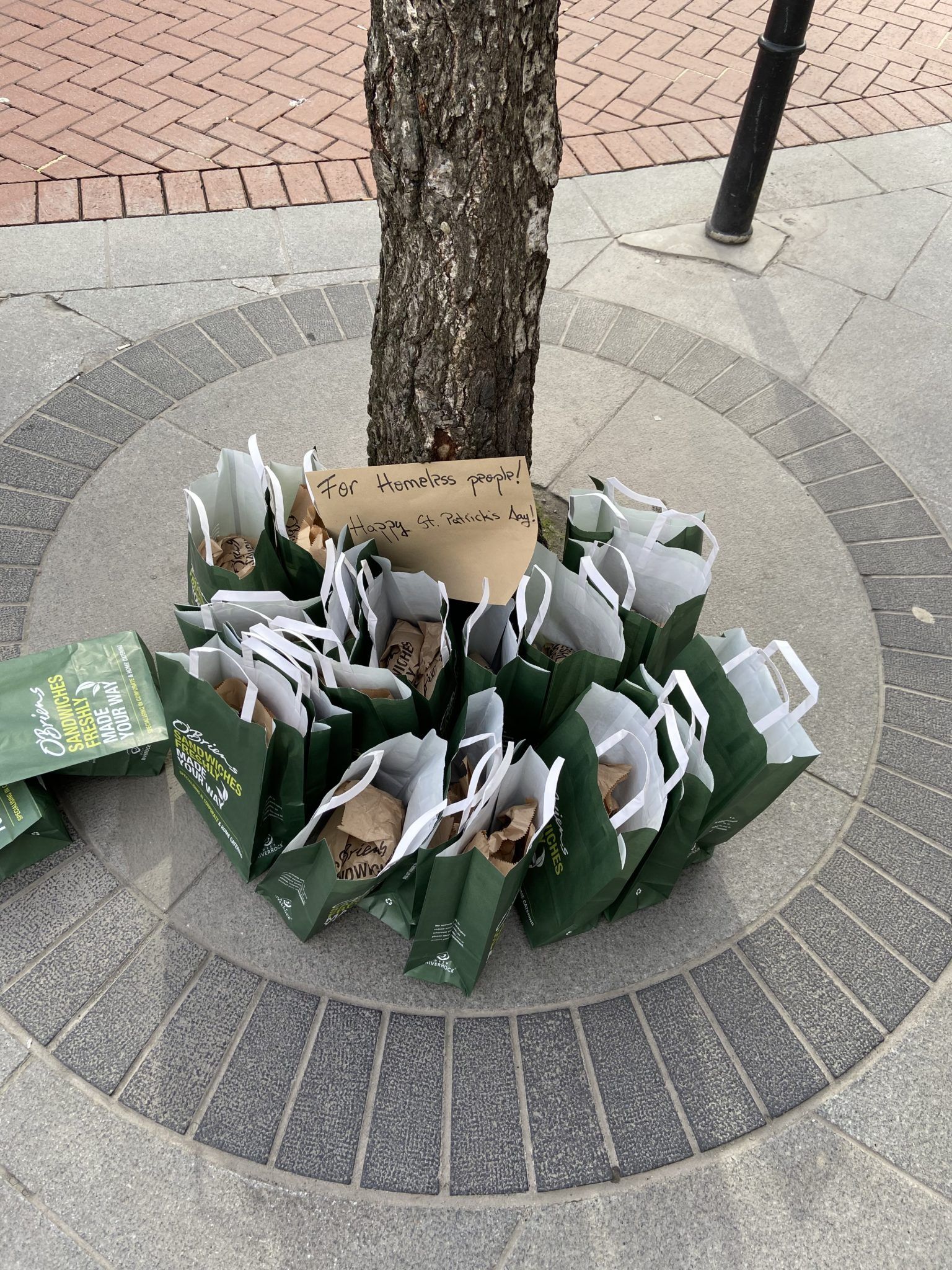 A number of homeless day services were forced to close last week due to concerns over the coronavirus crisis.

St. Patrick's Day will be an unusual one in the capital after the decision last week to cancel the annual parade on March 17 in a bid to stop mass gatherings.

Since then, pubs have also been asked to close for two weeks in an attempt to halt the spread of Covid-19 in Ireland after Government officials met with representatives from the Licenced Vintners Association on Sunday afternoon.