Our mission with this blog is to make Dublin a better city, that much you'll be aware of by now. It is a pretty lofty goal and quite a unique one online where everybody is obsessed with page views and squeezing as much money out of an audience as possible. I started wanting to improve our city and raise the standards of what we do in Dublin about a year ago and my thinking was informed by travelling all over the world for the last decade. Some cities are better than others and there is no doubt that London is always ranked as one of the coolest in the world alongside the likes of New York, Paris and Berlin. It is iconic with loads to do, brilliant tourist attractions and people coming from all over the world to live there. I spent the last 3 days here working and wanted to cherry-pick some stuff that Dublin could and should adopt from London. Our city is improving at a rate of knots but we still have an awful long way to go. 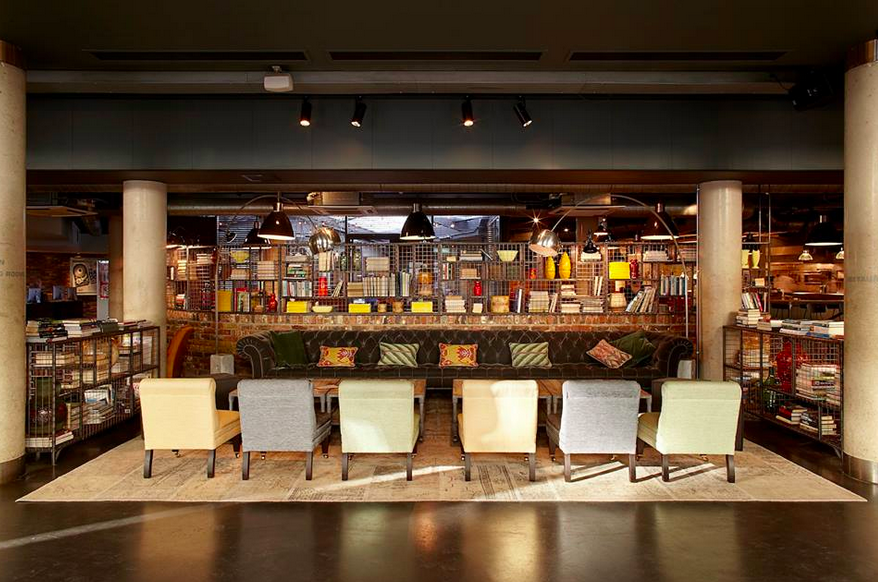 Dublin has some awesome hotels but they are all very staid and formulaic. Our 5 star hotels are all classic in taste and the closest we have to hotels that are quirky and cool in Dublin are The Dylan, The Morrison and The Marker. Nothing wrong with any of them but a hotel should be so much more these days. I think Dublin can be characterized by the lack of Dubliners who go to hotel bars. We saw the trend take off slightly during the boom years where The Dylan and the Four Seasons' bars were packed full of people guzzling champagne but that trend quickly fizzled out. Hotels in London were packed at night with cool young locals and the lobbies are like meeting places for all sorts of people from the community. You night come to a hotel in London to work, to do Yoga, to watch a movie or to have brilliant cocktails.  There is one cool hotel opening soon on Dublin's Harcourt Street. Watch this space. 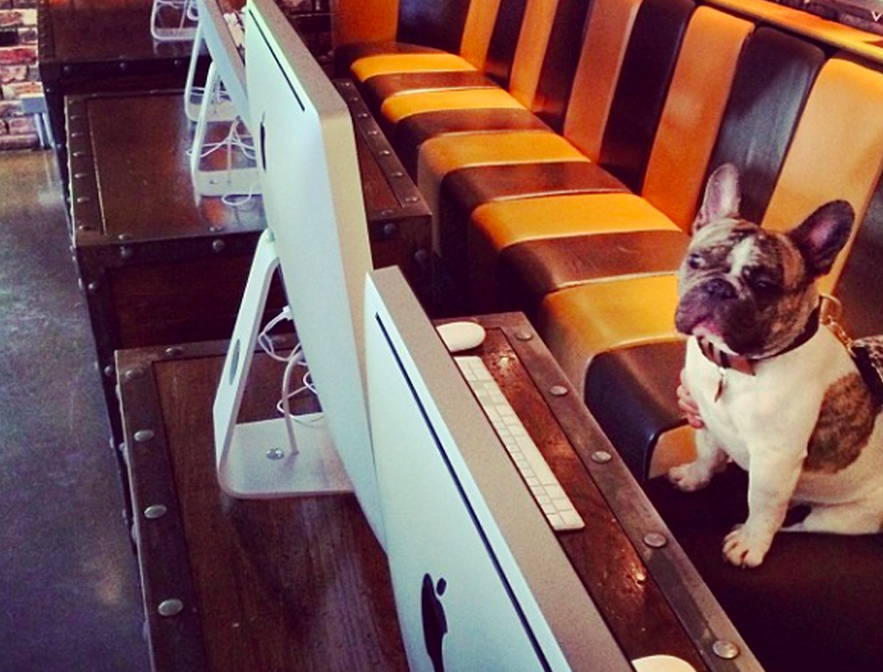 Dublin has a bunch of tech companies, start ups and people who can work remotely but there are so few places to work in open areas. I put together a list of the best places to work with Wifi but there still aren't enough. I spent most of my time here working in the lobbies of hotels (Hoxton and The Ace). There are Hotel lobbies, cafes and co working spaces all over London and they reflect the change in working culture that we are seeing all around us in the world as the office becomes more mobile. It isn't just about offering free Wifi because the Ace shows how it should be done with sockets, desks, great coffee, good meeting areas and non push staff. Dublin hoteliers see it as people clogging up their space but having people work in your hotel lobby gives the place an insane buzz. 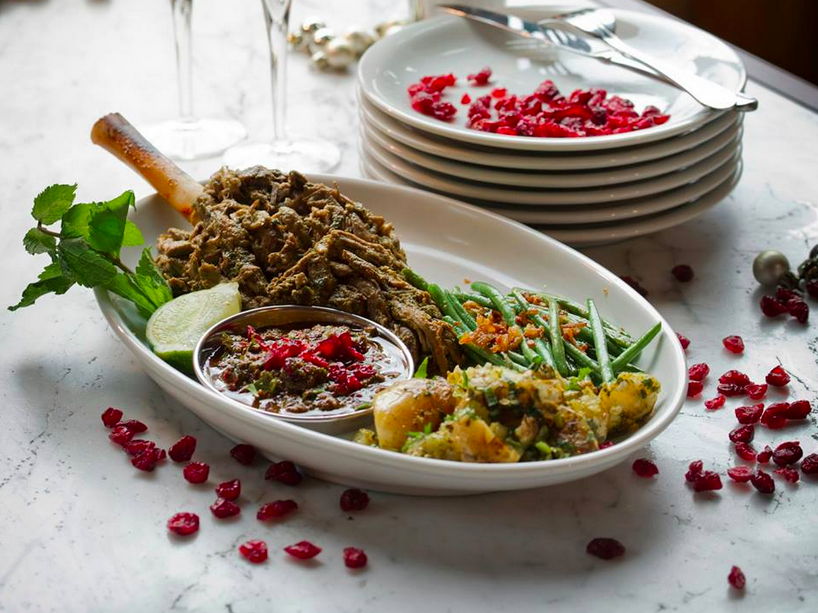 Not the people, the food. I had dinner on the wonderful Brick Lane last night and the curry was simply out of this world. In Ireland getting a curry usually means a big slop of meat in a shitty tasteless sauce that just has a load of chili lashed into it. Indian food over here was full of flavour and we had an incredible whole leg of lamb with the most delectably pungent smell. Curry is a way of life over here and there are a lot more Indians and Pakistanis both eating them and making the food than we have in Dublin. The simple fact is that the curry scene in Dublin is absolutely horrendous and has so much room to improve. There are a couple of notable exceptions but there is a huge opening there for enterprising food entrepreneurs to pop amazing curry houses into areas of Dublin where they would be lapped up. 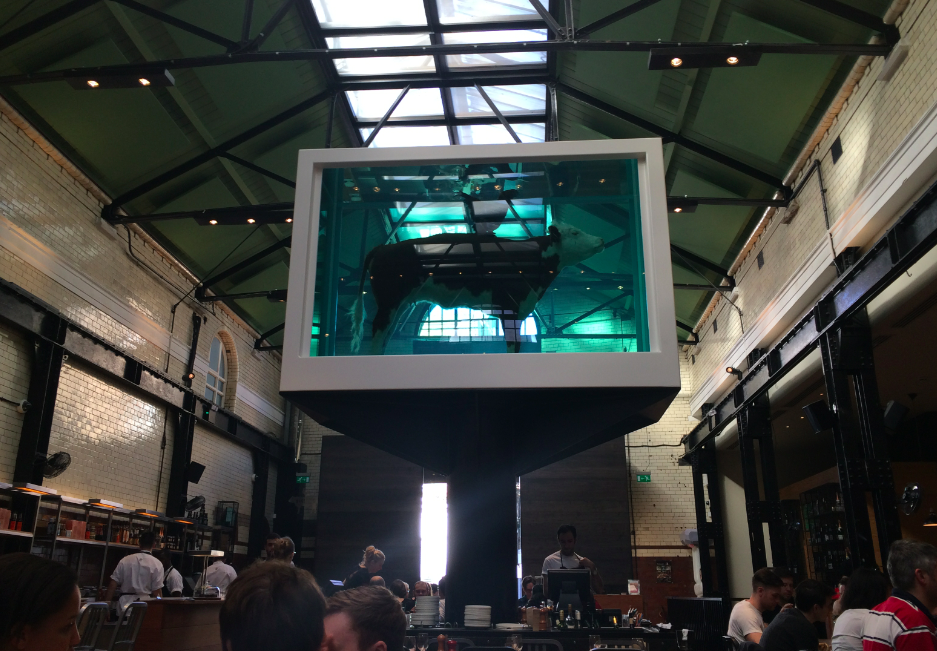 The standard of restaurants in Dublin has been improving massively over the last couple of years. When it comes to design in Dublin, however, there are only really a couple of types of restaurant. You have the small, well designed place or you have the shabby chic type look that was introduced by Joe Macken via Crackbird and the likes. What we don't have are big bold iconic restaurants like they do in London. I ate in Tramshed a place that served whole chickens and whole joints of beef but it was the design that stole the show. One huge cow was suspended in water above the restaurant. The branding was all incredible with their own beer label and all the little touches were there to make this more of a dining experience rather than just a meal. We are seeing some change in Dublin led most notably by the pressup group (VCC, Workmans, Bison etc) but there is an awful lot of room for improvement in Dublin restaurant design. 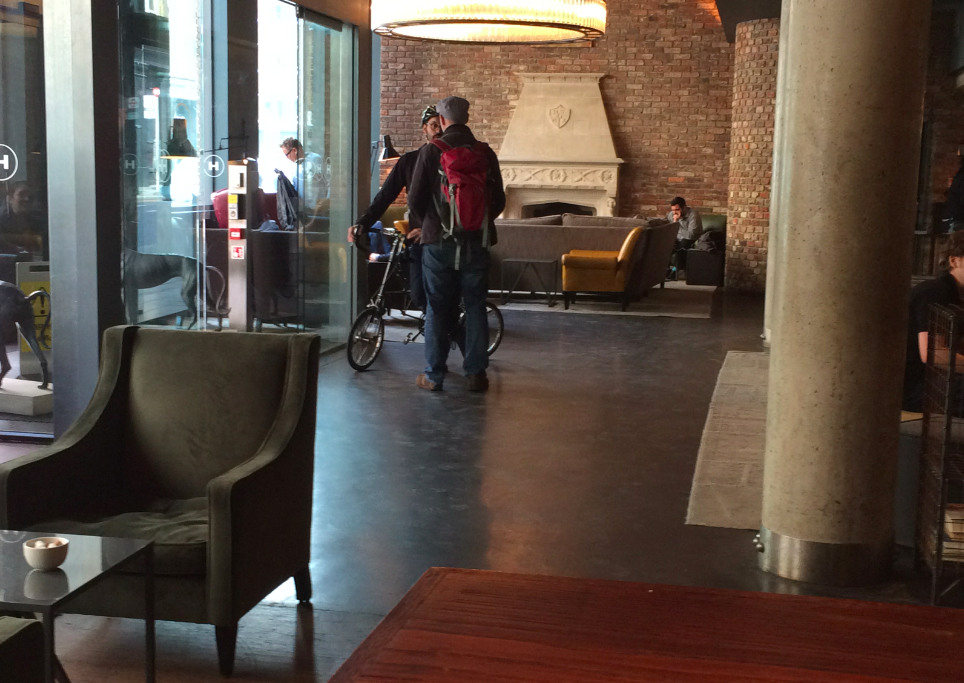 There are times in Dublin when the whole city seems to be bogged down with a bunch of stupid rules and London seems to just display more common sense when it comes to city living. You can take your dog on the tube. People wheel their bikes through hotel lobbies. Everywhere has Wifi and very often there is no password. If I tried to wheel my bike into the lobby of a 5 star Dublin hotel I'd probably be chased out of the place. If I tried to take my dogs on the Luas I'd be arrested. London is totally perfect but it reminds me of Berlin in that when so many people are living in one place, the city just seems to work better and common sense is applied. In an ideal world the sort of stuff we'd be seeing in Dublin would be more common sense around licensing laws like being able to buy a beer in a shop after 10 o'clock at night or allowing drinking in certain parks during the summer. A lot of the innovation in Dublin has come from the private sector for individuals and companies innovating but it is now up to the authorities to start playing catch up. Our city is changing and some of the rules and regulations we have need to be dropped or amended to keep up with that change. Dublin is never going to catch up with London because there is just so many more people there and so much money washing around. We also don't want it to become London but we should be focused on taking the best parts of other cities and incorporating them into our own little capital. The last couple of years have shown us that we are getting there but there is a lot of work still left to do! Let's keep on aiming higher.