As Ireland prepares to take on England at Twickenham, and Grand Slam whispers begin to spread across the country, there's no time like the present to sit down with Vice Captain of our national rugby team, Jamie Heaslip, and talk preparation. While fans’ eyes remain firmly focused on what happens on the pitch, here at LD Headquarters we're more intrigued by what goes on behind the scenes, or more pointedly, the food. Yes, we’re big fatties, and proud of it too. Aside from keeping your body ticking over physically, with intense training sessions, back-cracking massages and what have you, to remain at the top of your game and compete at such international levels requires the most admirable amount of commitment, particularly in terms of diet. But what does a 6 foot 4 inch finely tuned athlete’s meal plan look like? Is it really all mountains of chicken breasts and raw eggs down the gullet? Not if you’ve got your shit together, says Jamie (currently rocking in and around 12% body fat). 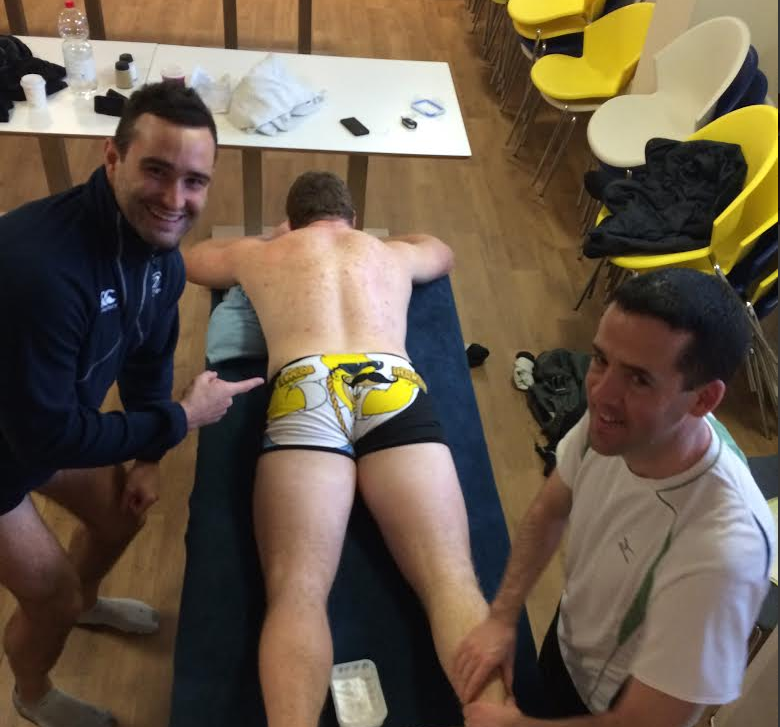 While he claims it’s “not exactly Rocky Balboa type stuff’, Heaslip is a firm believer in the old adage that suggests ‘we are what we eat’. His rule of thumb? ‘Lean and clean’. It won’t come as much of a shock to learn that he and the lads are massive meat eaters, protein featuring heavily on a daily basis. “Absolutely, wherever I can get it from. Pork, beef, chicken, turkey, lamb, fish and eggs. Loads of veg in general then with everything.” And when he’s zipping around town from A to B? “I'm a big fan of fruit and veg juices; handy for getting the nutrients in when you’re in a rush. I cook loads at home too, making granola and protein bars for when I’m on the go.”

As you can imagine, shit gets real as match days approach: “I carb-load like a motherf*cker”, explains no.8. “I try my best to get it from low-gluten sources like porridge and sweet potatoes.” Satisfying his evidently sweet tooth, however, Jamie admits to sneaking in a lemon crepe and a hot chocolate the day before a big game. Rabbit-food eating Gwyneth Paltrow would be positively appalled. And what of the day itself? “My last meal before I play a game is usually about 4 hours from kick off. Then I plan meals every 3 hours back from that, up to a max of 3 meals total. I then have a little carb/caffeine mix shake about 30 minutes from warming up.” 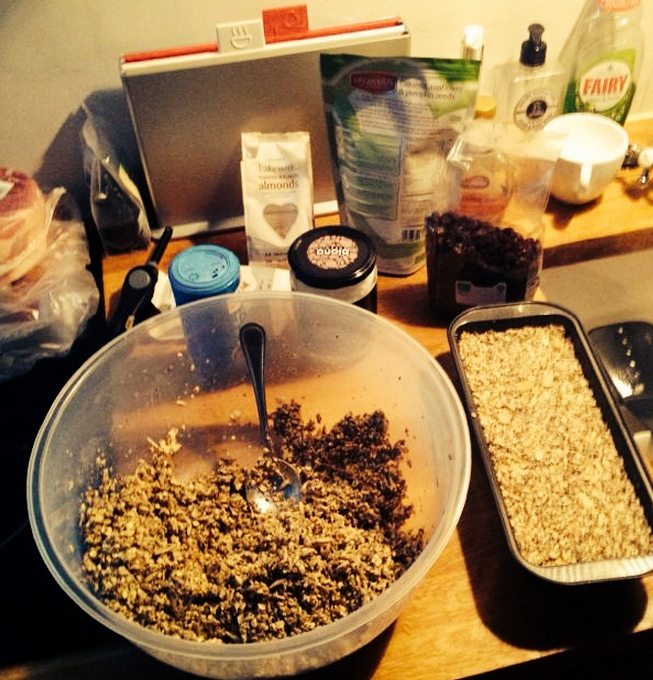 And when you inevitably win (positive thinking, #COYBIG etc), does all hell break loose?“Post games, there's a carb/protein shake waiting on our seats, which we get into us ASAP. There's pizza and sandwiches in the dressing room too. I find I have to drink loads to rehydrate; I lose about 4 kilos a game.”(Um, can I play too?) “Then it's home and pizza time! With Ireland we have to go to post match functions. These are usually a little fancier, with 3/4 proper courses. The food is good, but it’s just not enough (how hungry ARE you?) so post match pizza slices are devoured ahead of time!” Note to post match caterers: 4 courses will not suffice. Keeping hens in business, Heaslip describes his average breakfast during something like the Six Nations, a breakfast of champions, if you will: “It always starts with a 5 egg omelette. 2 whole eggs, 3 egg whites, throw in some goats’ cheese, veg, whatever is lying in the fridge and lots and lots and lots of chilli flakes. Fires everything up!” In case you missed that measurement, it was three ‘lots’ that oughta do it. “Cook it in coconut oil, serve it with homemade coconut bread.” If we had a euro for every rugger bugger we knew baking coconut bread we’d have... one euro. “I’d then have a veg juice and green tea on the side. Before I head out the door, it’s a triple espresso with a teaspoon of coconut oil and I'm gone!”Christers, we’re exhausted already. “Yeah, it's a 24/7 thing. You get out of it what you put in, to be honest. It’s really not rocket science. The trick though is to be innovative in what you eat, using different recipes, spices, sauces and healthy ideas. Where possible I stay away from processed food and try to cook things myself. It adds to the end flavour.” Hold on there now a minute Jamie, no bread? “I steer clear of it normally. 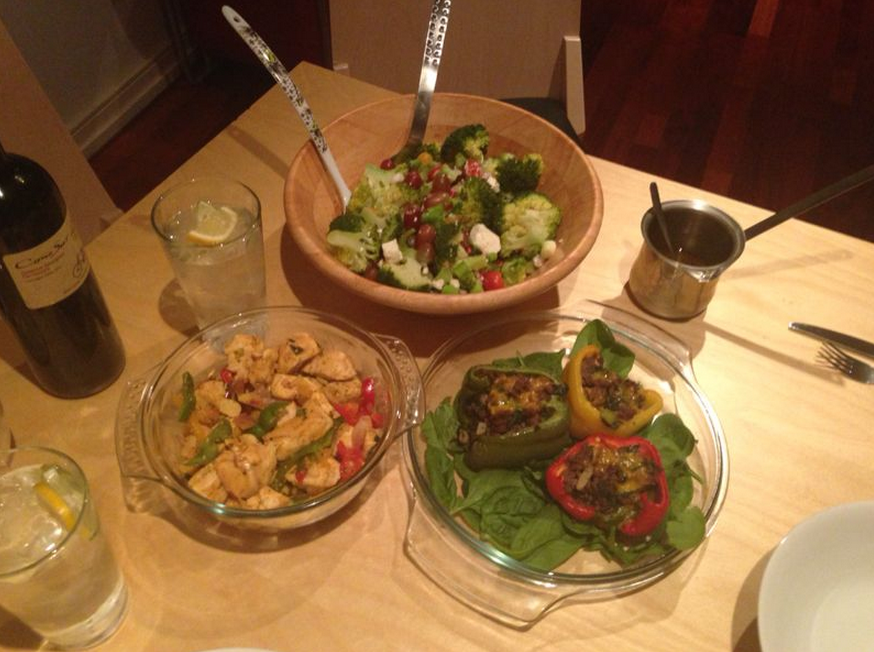 The only times that doesn't happen is in the morning if it's going to be a heavy day of training. Also the time just before, during and after training are the prime times to get the carbs in. That's where they get used the best. Apart from the odd club sandwich post game, I try to avoid it. Processed food, in my opinion, is just not good for the body. Saying that, however, I’m no saint.”

Aha, now we’re talking. So let’s have it, when you’re bad, how bad are you? “Pizza and M&M's are my vices, cigars and one whiskey as dessert.” Ooh, alcohol, pray tell: “Ha! Everything has its place. It's up to the player if he wants a drink. We're not kids so we can do what we want. I don't drink that much, every 4-6 weeks perhaps. Guinness if it's only a few.” But what if you’re out on the absolute lash? “Vodka, vodka, vodka if it's a night out. A dirty vice of mine from my time spent in Cuba is really good whiskey, especially if it’s cigar time.”

Fidel Castro, eat your heart out.

While Jamie and the lads may indulge in a piss-up from time to time, sadly for those of us peasants who eat and drink our feelings, these rugby behemoths don’t ever really switch off; they can’t. “When I’m not in the middle of a tournament, I don't really dive on anything, I just relax on my strictness for a week or two. Then get back into the clean eating” No fat days over at Jamie’s house, watching re-runs of Seinfeld whilst knee deep in a tub of Ben & Jerry’s, then.

What makes all of this easy for Jamie, you’ll notice, is that he’s as passionate about his food as he is about his rugby: “Sunday is a big night for me and my girlfriend. We're cooking loads of things from baked hams to coconut bread to granola bars to prep for the week. The minute you're hungry and something is there you'll eat it so best to prepare healthy options to have handy. Plus we have good fun, chatting away, listening to tunes and I usually have the NFL or NBA on in the background… Food is all about engaging the senses, so when you cook it from scratch you engage every one of your senses as you potter about in the kitchen, tunes and all.”

So there you have it, if you fancy yourself in the running for representing your country on an international level, here’s what you need to remember*: tunes help, cigars are good, and above all else, your body is a temple.

*Some rugby skills will probably help too.