Double 8 is teaming up with Lock 6 café for the dumpling pop-up of all pop-ups. 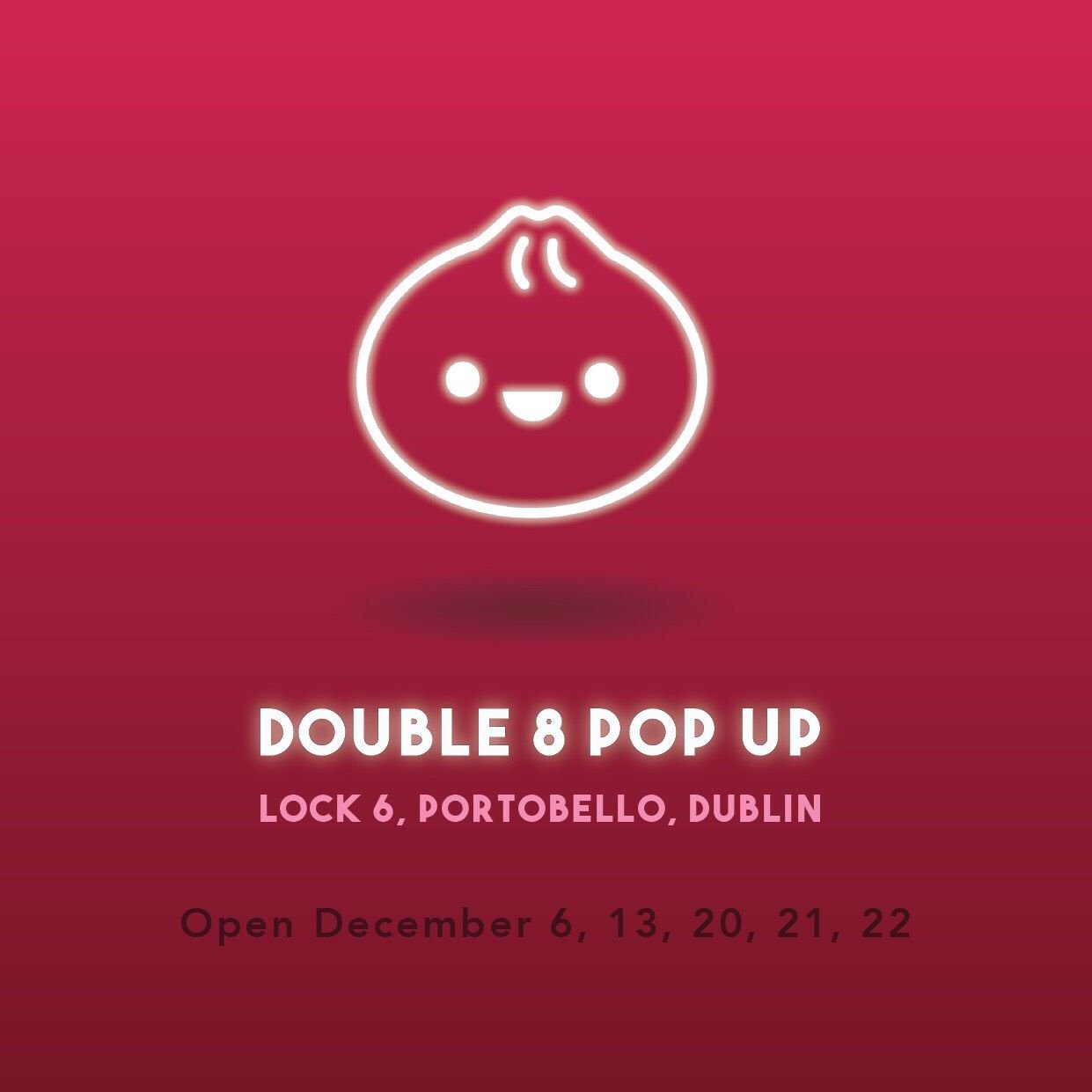 Already proving to be quite popular out in Bray, Double8 now plan to bring the goods closer to town with their pop-up out in Ranelagh.

What a week for us! 🥰 The dumplings have been flying out the door - thanks to you, our lovely customers. You’ve shared posts, articles, pictures and we’re so excited to see what next week brings because the place is HOPPING! Catch ya then guys! Love, the double8 team ❤️ // Pictured: tofu-gou dumplings. Fresh shiitake mushroom and teriyaki silken tofu, wrapped in spinach pureé wrappers. Topped with lashings of sriracha sauce 🌶

Bray’s newest dumpling spot, we got the first look at the restaurant a couple of weeks ago.

Boasting a small but impressive menu, they have everything from pan-fried pork soup dumplings, to vegan shiitake and teriyaki dumplings, to spice bag kung po chicken dumplings.

Who’s looking forward to a lazy Sunday wandering around Bray with some dumplings to keep them company? 🙋🏻‍♀️ Open 12pm to 5pm as usual! Pictured here are our spice bag gung po gai dumplings - kung po chicken filling with cashew nuts and our own homemade spice bag seasoning. Topped off with spring onion, white and black sesame seeds and @whitemausu peanut rayu! 💚 📸: @orlaithna

Something for everyone there.

The real knockout being the Banoffee Dumplings though. If you’re a fan of caramel and banana, you’ll love these.

Along with their signature dish, there will be beers from Boyne Brewhouse as well as the usual wine spritzer option by WineLab.

What’s on the menu? All the existing menu items plus a seasonal dumpling exclusive to the pop-up.

🎄 BIG ANNOUNCEMENT // POP-UP : We're going to show some dumpling love to our friends in the big smoke this December ✌😎✌ double 8 popup at Lock 6 will be serving dumplings and beers from our friends at @boynebrewhouse (@drinkramona will be there too of course 🥰) on the following dates 📅 : Friday 13th Dec Friday 20th Dec Saturday 21st Dec Sunday 22nd Dec 12pm to 9:30pm Come and celebrate the festive season! Keep an eye out for our seasonal menu too, along with some of our signature dumplings from Bray, it's going to be a... Christmas Cracker 🥟 📷 @orlaithna #christmastime #lovindublin #dumplingfordays #discoverdublin #beeranddumplings #wineanddumplings #dublinpopup #popupdublin

That’s reason enough to stop in for a bite.

READ NEXT: Grafton What? People are up in arms about the new sign above Grafton Street