According to recent studies, every Dubliner will have rubbed shoulders with a member of Little Mix before the week is out. Okay, that may not be completely true but judging by how much of the city the girls are seeing, they'll come fairly close to it.

After grabbing some pancakes earlier in the week and some touristing around the city, the band were back out again today. The group played the last of their 3 Arena shows last night and enjoyed some well-earned downtime this afternoon by the looks of it. Leigh-Anne Pinnock posted a picture of herself hanging out in St. Stephen's Green for starters...

Fairly impressive when you consider she was on the town last night judging by her Instagram Stories. The singer also shared a clip of herself enjoying some pub grub in the city today... 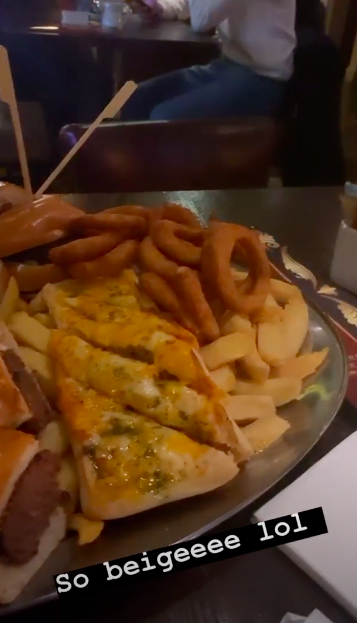 Beige is the only colour you need the day after the night before. As well as that, Leigh-Anne's bandmate Jesy Nelson was spotted in Nando's according to one Twitter user and there was another Little Mix sighting in a Dublin shop.

So nice seeing @LittleMix__Jesy @LittleMix having lunch with friends in @NandosIRE St Andrew Street earlier and not one person bothering her or her friends. ❣️

It seems they've certainly made the most of the end of their stay here. Until next time, Mixers.

READ NEXT: A Classic Football Shirts Pop-Up Shop Is Coming To Dublin