And they've already gone down a treat with hungry homebodies.

'Dash burger' from the people behind Pang, are serving up the mouthwatering patties with all the trimmings for takeaway or delivery at their new pop up location on Kevin St since last weekend. And, unsurprisingly, they completely sold out in two days. 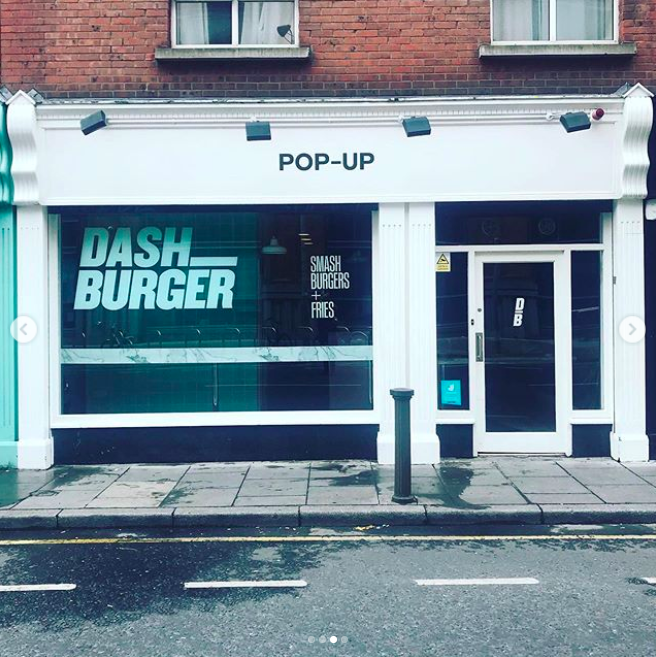 We hear you thinking - 'Burgers in Dublin? Groundbreaking.' What's so special about this small independent burger joint, you ask?

The smashing of beef on the griddle leads to maximum surface area crust and a juice sealing sear that adds texture and
flavour along with an outer edge of crisp “Meat Lace”, a phrase coined by Jenn Harris of LA Times. This technique has roared back into popularity in the US with Smash Burger pop-ups like Tripp and Goldburger in LA winning the ‘best burger’ awards in 2018 and 2019.

Each burger has a double patty of Irish beef with a delicious blend created specifically with Pat Mc Loughlin Butchers to compliment the smash technique. Topped with American cheese, pickles, onion, mustard and ketchup these are old school American Diner Burgers with high-quality Irish Beef.

And they're not just served on any old bun - this is 'potato roll' - the bun of choice for both Shack Shack and In & Out in the states. Fluffy, soft, light, crispy with no sweetness to let the beef flavour remain the star of the show.

When it comes to the secret seasoning that gives the smash burger its iconic 'umami' flavour - chef Barry is keeping schtum.

What he did say however is:

'The Irish burger scene is plentiful and of a very high standard but there’s always room for a new story. Unami is something that just works so well with Aged Beef so our secret seasoning will stay secret for a long time! The ultra smash technique delivers a different style to all our competitors and really is a different experience.'

The burgers are served up from Wednesdays at 5pm until Sunday (or sell-out, whatever comes first!).