McGowans have announced a 'wing week' for later this month and it's fair to say the deals are very tempting indeed.

Phibsboro hotspot McGowans have a long-held reputation as one of the city's premier late-night venues but the 'wing week' they've just announced gives you another great reason to pop in.

Taking place from Monday, March 23 until Friday, March 27, the celebration of chicken wings will allow customers to upgrade to a large batch of wings for the price of a small. The offer applies to the pub's Salt & Chill wings as well as their Jack Daniels BBQ, Lousiana wings and McGowans' very own 'Gowans recipe', which is described as 'slightly milder than Lousiana but just as delicious.' 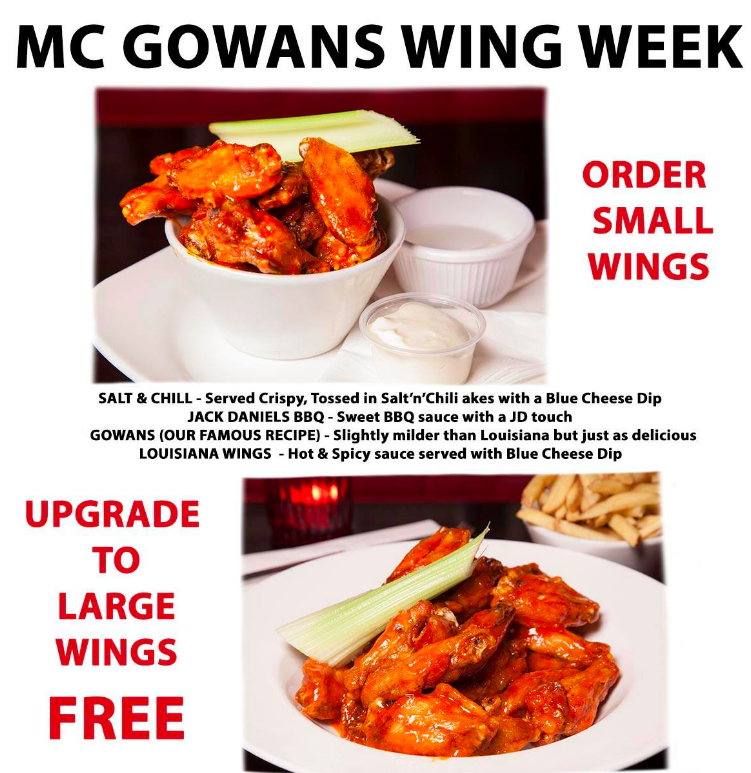 The deal is valid on the aforementioned dates between 4pm and 11.30pm and it seems like the perfect excuse to pop over to Phibsboro for a bit of dinner. If you happen to still be there when the DJ starts spinning tunes, well what harm?

McGowans is about an eight-minute walk from the Phibsboro Luas stop on the green line while Dublin Bus routes 9 and 38 among others will also drop you nearby.

More information about wing week at McGowans can be found here.

READ NEXT: Top coffee shops in and around Portobello