There's some sad news for Stoneybatter this weekend because local favourite The Chili Shack has closed down.

The restaurant opened on Prussia Street area back in 2017 and this week, a sign spotted on the premises informed customers that it will be closing its doors.

In the short message, The Chili Shack team expressed their gratitude to those who have visited over the past couple of years and also invited people to join them at their other branch on Abbeygate Street in Galway. 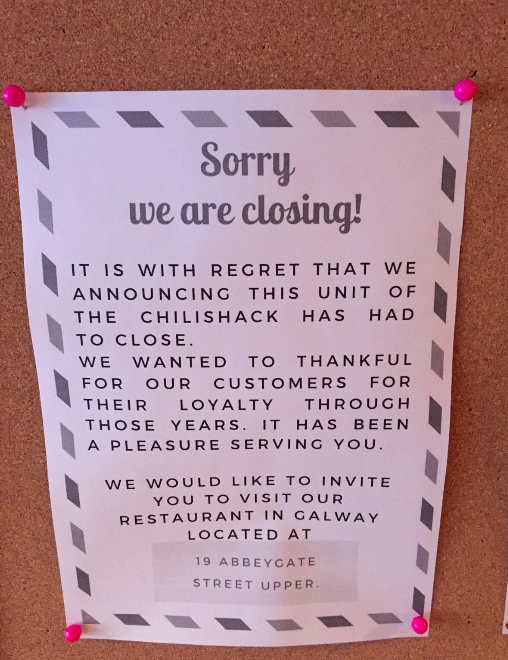 A Lovin Dublin source was in The Chili Shack on Friday and was told that it would be their last day of business before closing for good.

Since opening, the Chili Shack became known for serving build-your-own chili bowls, chicken wings, and plenty of burgers and it will certainly be missed in the area. On the bright side, Galway is only a couple of hours away by car.

Lovin Dublin has contacted The Chili Shack for comment.