Renters living next to a DART or Luas stop are paying a whole lot more per month than those living elsewhere in Dublin.

New research from Daft.ie has found that living close to a station costs 12% more than the average monthly Dublin rent of €2,002.

It will set you back an extra €3,336 per year compared with living anywhere else in the city, based on the cost of a two-bedroom apartment and three-bed semi within 1km of a rail stop in Dublin.

Sandymount DART station is the number one most expensive stop in the capital, costing on average €2,905 a month, while Lansdowne comes in second at €2,850. 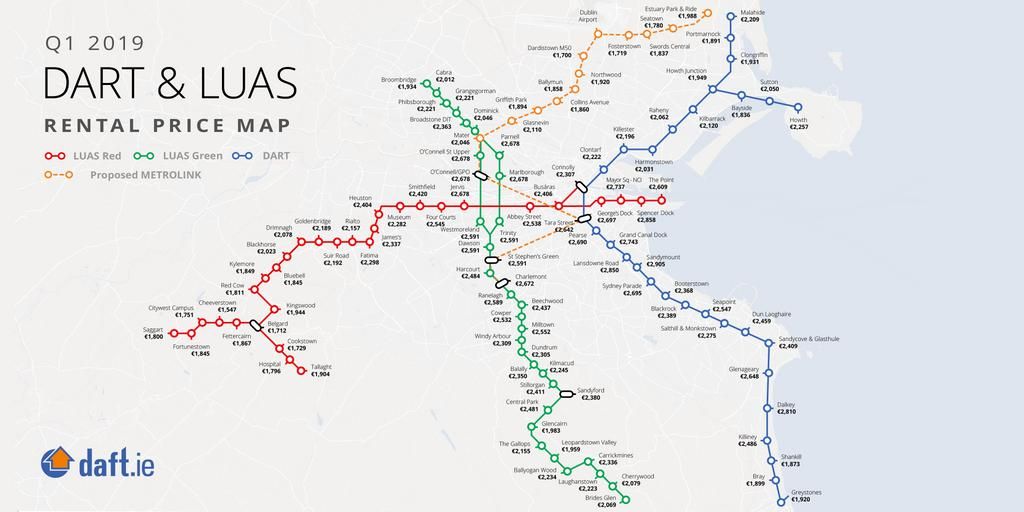 The most expensive Luas stop to live beside is Spencer Dock on the red line, where the average monthly rent will set you back €2,858.

Homes near O’Connell Street are a close second, which cost €2,678 a month and are the most expensive on the green line.

It’s expected that the proposed MetroLink will have a similar effect on rental prices once it’s built, and Daft.ie predicts that O'Connell Street will be the most expensive stop at an average of €2,678.

Raychel O’Connell from Daft.ie said: “Commuters continue to pay a high premium for the convenience of the Luas and Dart. This is why we included the MetroLink proposed route in our rental map for the first time.

"As this report shows there is high demand for access to reliable light rail transportation so we expect rental prices along the Metro to increase once the plan is finalised.”

READ NEXT: Here’s Where You Can Get Free Wood Fire Pizza In Dublin Next Week

Seven enthralling sport documentaries that are available on Netflix