The cost of renting in Dublin is now 39% higher than it was back in 2008, and has also become more expensive than paying a mortgage.

A new report from Daft.ie shows that renting in any part of the country now costs more than paying a mortgage.

But outside of Dublin it’s a similar story – for example, in Sligo a comparable mortgage could be €384, with the rent coming in at €732. 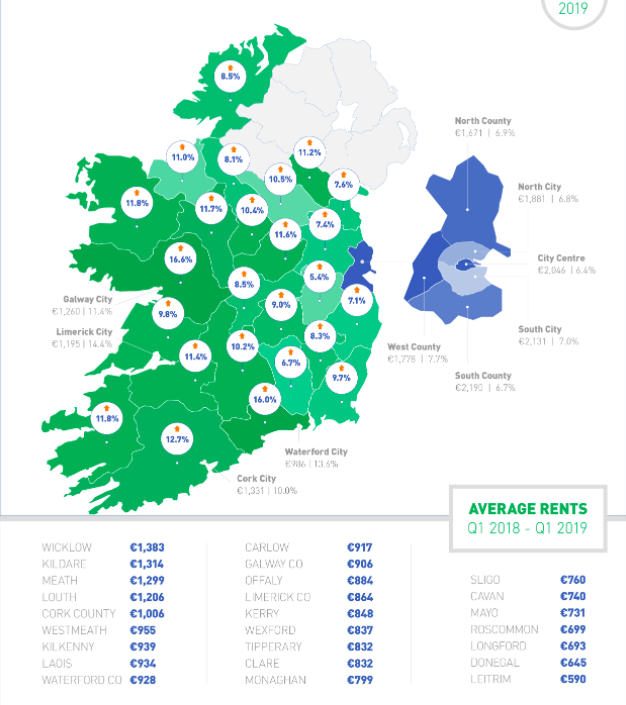 The Daft.ie report says this massive rent increase is partly down to the number of available properties being at a record low.

On May 1, there were just 2,700 properties available to rent nationwide on the property rental site, the lowest level ever recorded since the series began in 2006.

READ NEXT: Dublin Airport Responds To Gemma O’Doherty After Her Multi-Faith Room Rant