I know sandwiches are a pretty tough subject to tackle because people get seriously fucking passionate about their favorite lunchtime treat and quite frankly a little hot headed about their favorite. Rather than go for a straight out top 10 I decided to put together the top 10 in terms of being sandwiches that you have to eat before you die. None of these are going to win any awards in the health stakes but then you aren't going to be looking for a low carb paleo option if you are about to croak it either. There are 100s of other great sandwich options around the city (and make sure to share them in the comments) but for now these are the ones I'd be getting stuck into now that miserable January is over. You have no fucking idea how hard it was to write this post at 11pm at night with nothing but a few digestives in the cupboard. Drool central.

We might as well get the most unhealthy one ticked off the list first. This is a traditional submarine sandwich from Louisiana that features deep fried prawns and some awesome sauce. There are other great options in the Ugly Duckling but we'd give this one a spin as it is so unique and so good dam tasty. Everything tastes about 100 times better when it has been BBQ'd and when it comes to pulled pork this in a roll this one is something incredibly special. Dripping with flavor and served with loads of tasty sauce this is the stuff of dreams down in Pitt Bros Pablos are better known for their burritos but when they started a new sandwich bar with Mexican style toppings you knew it would be good. Tons of options here but the spicy beef one is kick ass and seeing as you are dying you might as well have a sneaky beer as well to wash that awesomeness down. 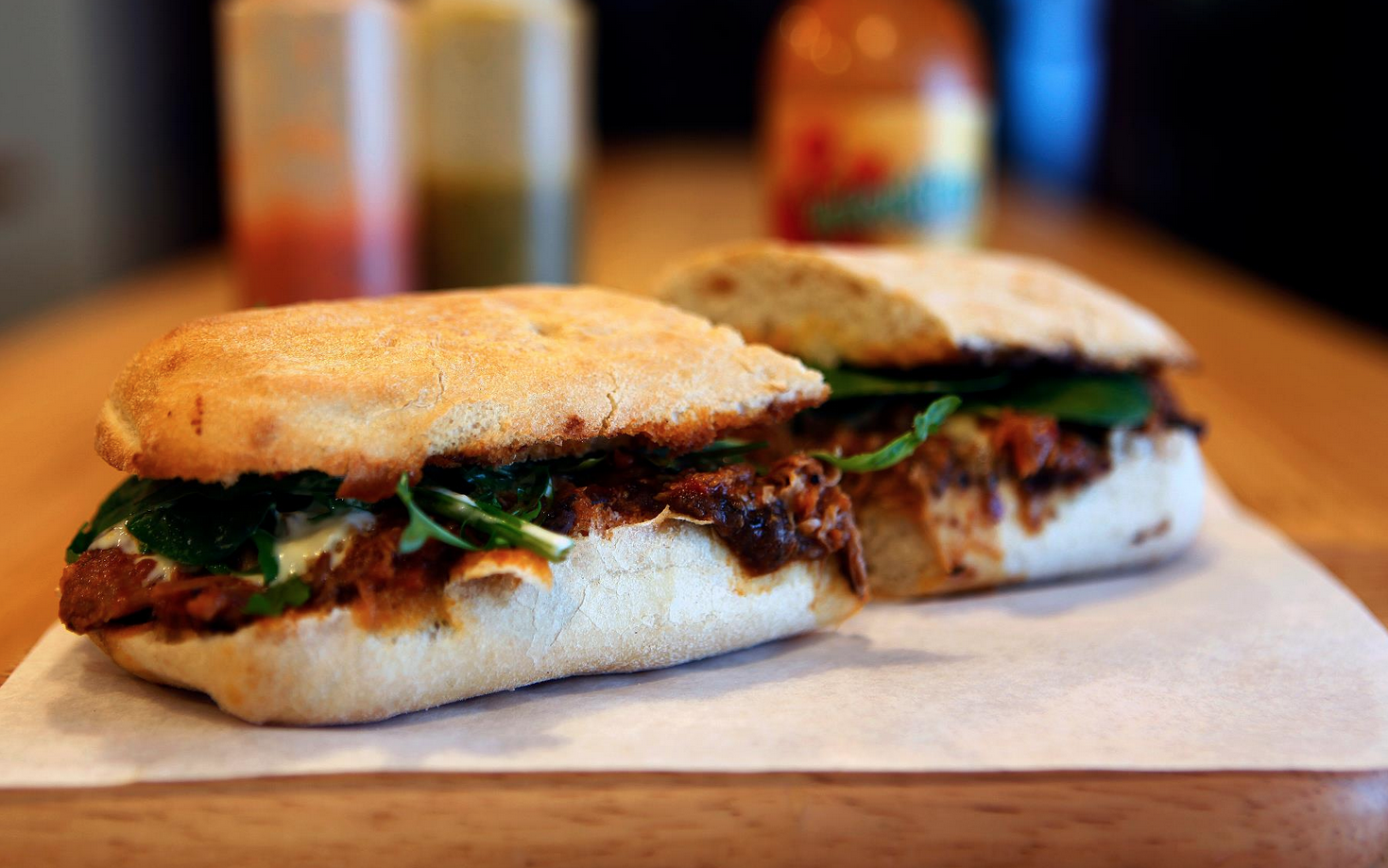 Waterford might be nest known outside of Ireland for it's crystal but within Ireland it is known as the home of the lovely floury Blaa. Hatch and sons have made it their signature dish and one of these at the weekend will sort out even the worst of hangovers. 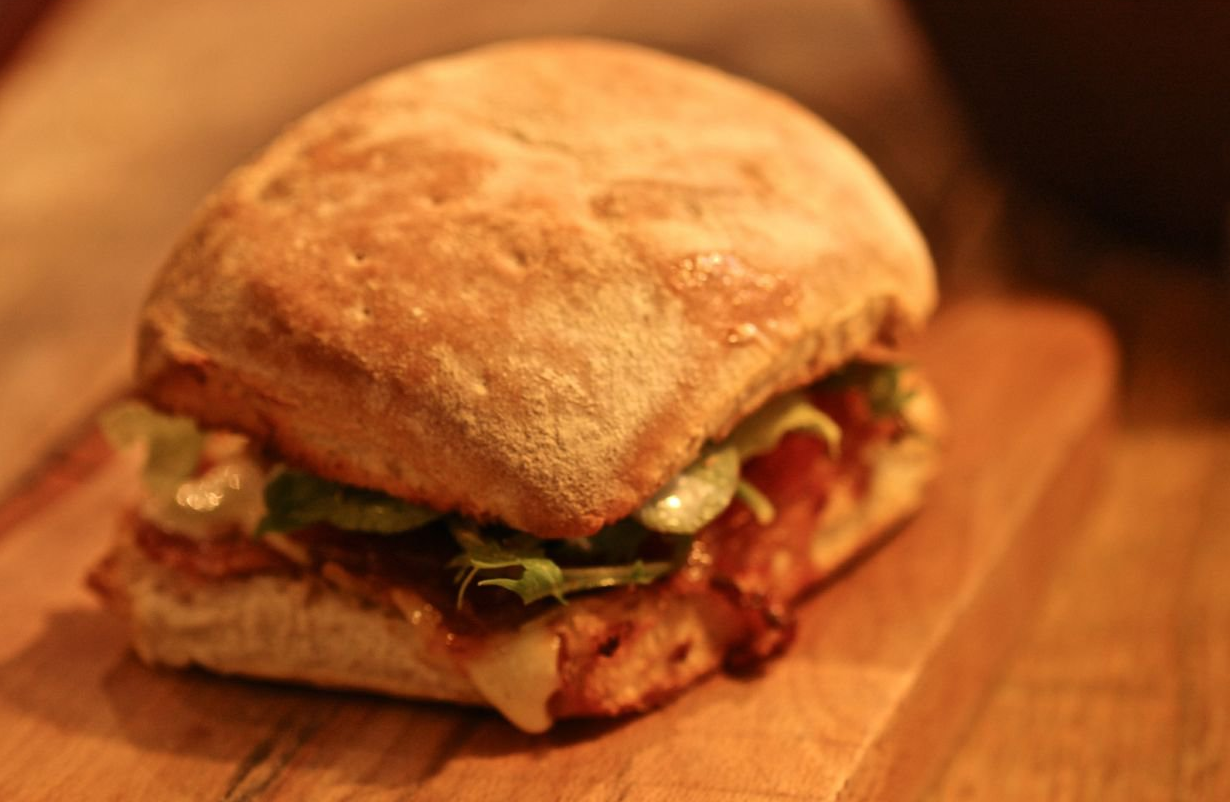 People all over the capital rave about their chicken sandwich. You'll have to get in early though because they have a tiny shop and with Google and Facebook nearby these bad boys sell out fast. As you can see they pile them high though and they literally melt in your mouth. 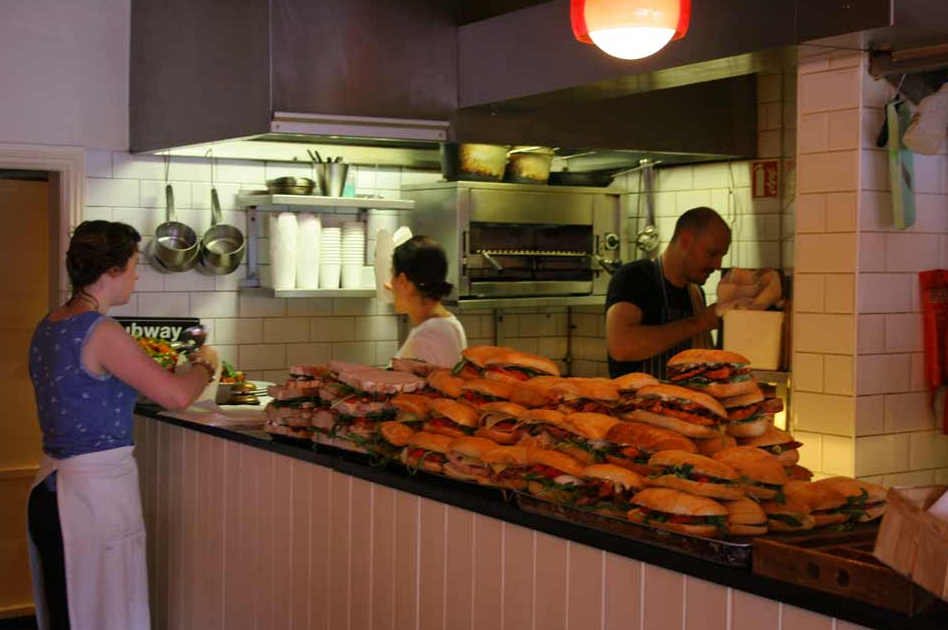 Cup cafe serve some of the best coffee in town but their sandwiches are made with serious love as well. It was hard to ignore their sausage cap with sweet onions and instead I went for the club which is packed full of insane goodness. Getting down to the serious end of the business now with the Fumbally making an appearance for their signature dish. Slow cooked pork is both tender and packed with sticky chewy bits served in a simple roll and you'd nearly want a second one they are so good. A recent addition to the Dublin scene this brilliant concept has not fixed abode and instead lets you order sandwiches via Twitter on a Wednesday and then pick them up in a local cafe on a Friday. Made with love and you can track the progress of your sandwich as it gets made via Twitter photos which makes it extra exciting. 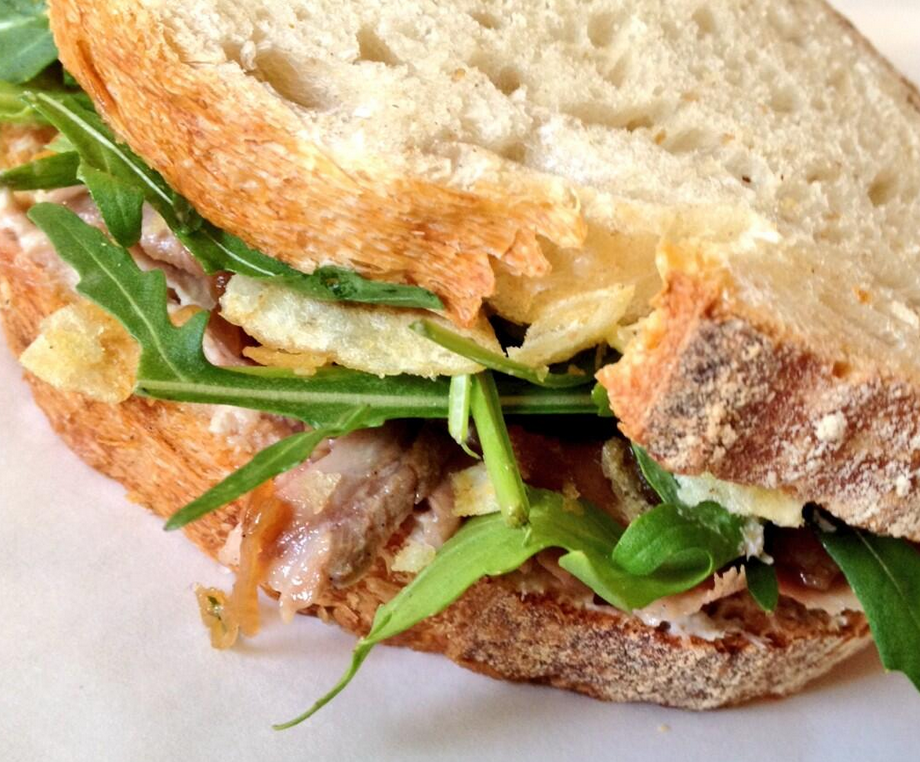 This tiny cafe off St Stephens Green is so popular that you'll see a queue snaking out the door every lunch time. All types of roasted meats with daily specials but the roast chicken sandwiches that are carved from whole roast birds minutes before 12 are to die for. 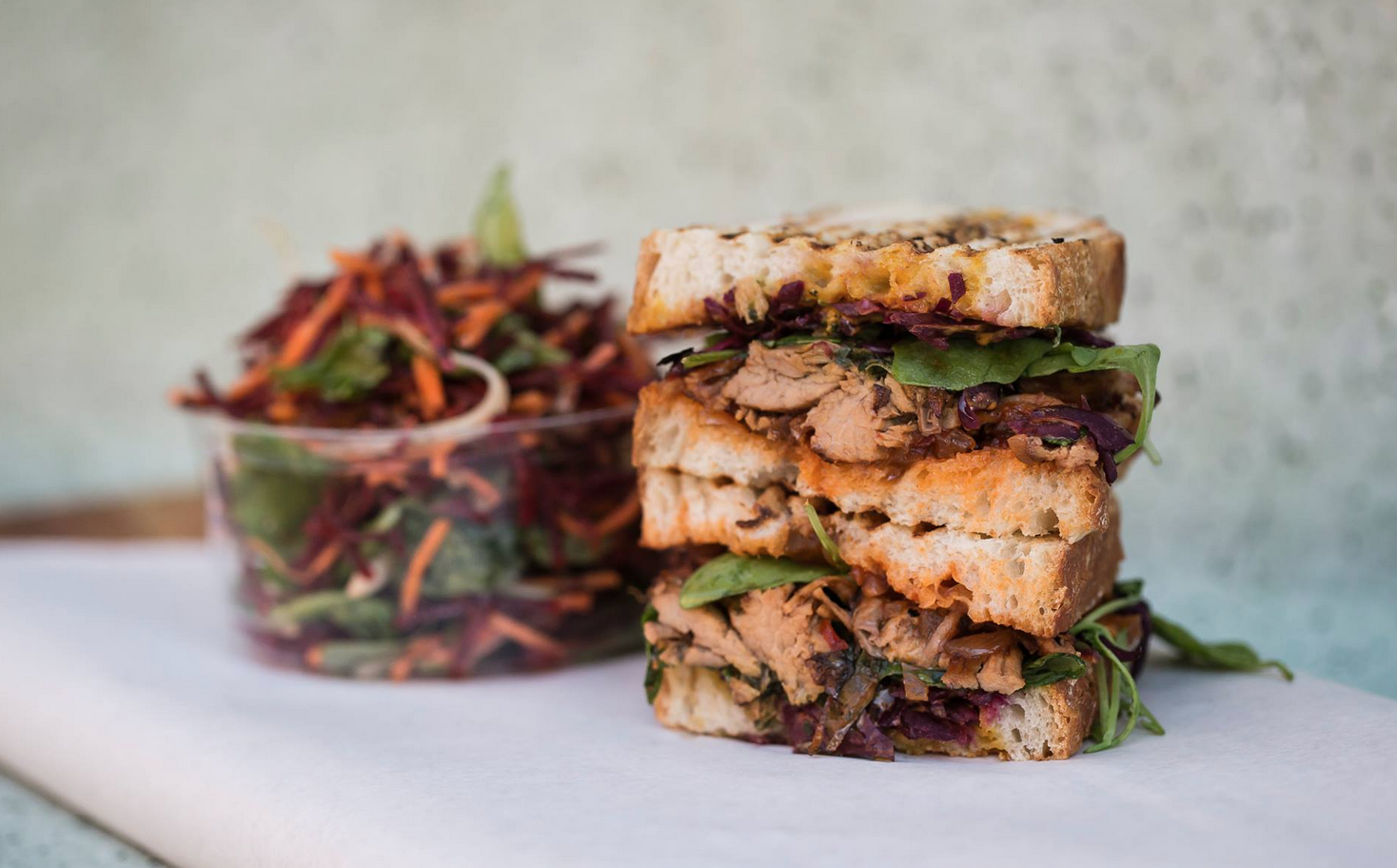 I don't care what anybody else says or who wants to fight me about this because this is hands down the best sandwich in Dublin. You'll get it in Avoca in town or Monkstown. All sorts of roast meats and simple beautiful bread and if I had to choose the best I'd probably go for the pork but they are all amazing to be honest. 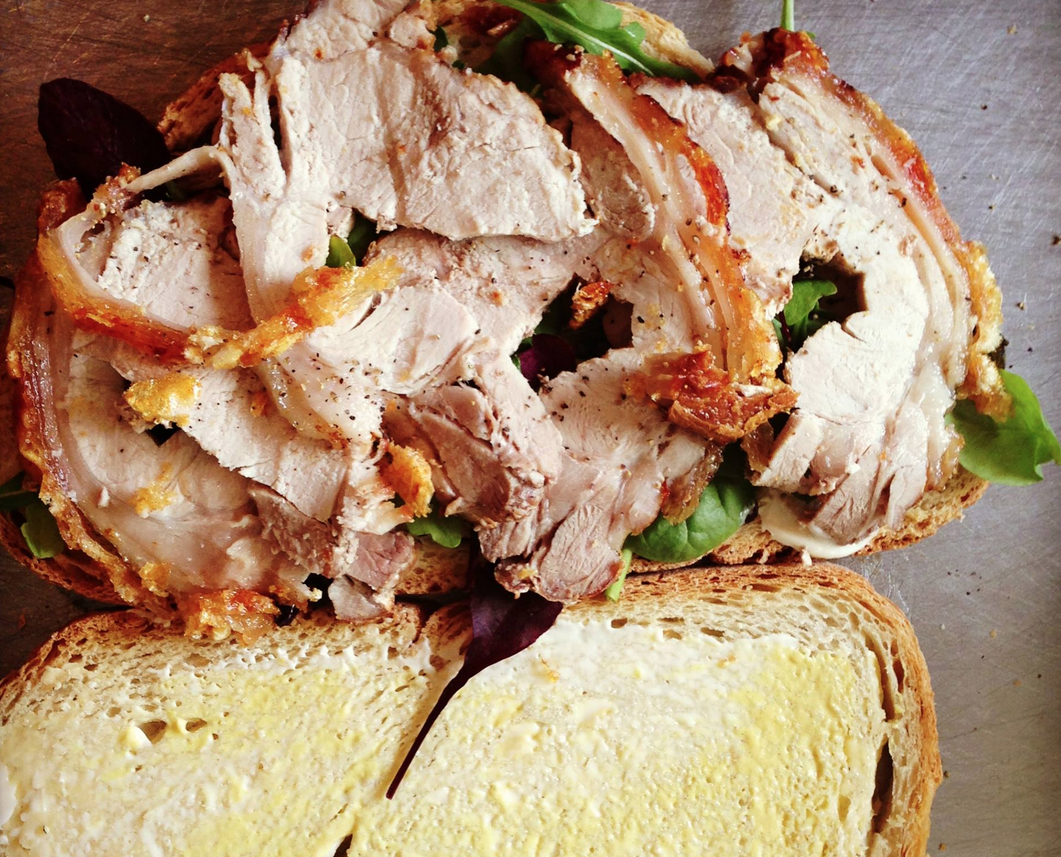 READ: These Are The Best Early Birds In Each Postcode In Dublin

READ: The Top 10 Plates Of Pasta In Dublin