TGIF! Time to celebrate with a new Irish craft beer. This week, meet Stone Barrel Brewing Company, based right here in Dublin. Niall Fitzgerald and Kevin McKinney are the guys behind it, and here’s their story in Niall’s own words:

“Myself and Kev met in banking back in the boom years. I went off travelling the world and by the time I returned Kev had found a new hobby, homebrewing. I was instantly hooked and we spent every spare Saturday brewing and sampling our creations. We entered our first homebrewing competition last year and got a bronze medal for our milk stout. Encouraged by this we started badgering brewers around the country for information on setting up, determined that we would make a go of it for ourselves. Fast-forward one year and here we are!”

It’s obvious that these guys don’t lack passion and dedication, and that definitely shows in their beers. So far, they have made two: BOOM and C No Evil, the first beer of their “rotational series”, which will definitely get its own post here once it’s more widely available.

BOOM is mostly available in bottles at the moment, because the guys at Stone Barrel are waiting for their new brewery to be up and running to start putting out more kegs. First of all, let’s take a look at the label, because even that is brilliant:

Yep, that’s a guy whose head is a nuclear explosion. Crazy but genius. You’ll know not to expect a boring, tasteless beer from these guys. And it couldn’t be further from it.

BOOM is a “Session IPA”, a term that has become very popular recently. It means that this beer is very easy to drink and you could knock back bottles of it all day long during our lovely Irish summer while lashing a few steaks onto the BBQ and praying that the rain stays away. But even if it’s raining, that’s no reason not to drink this beer all day long, because it tastes fantastic. 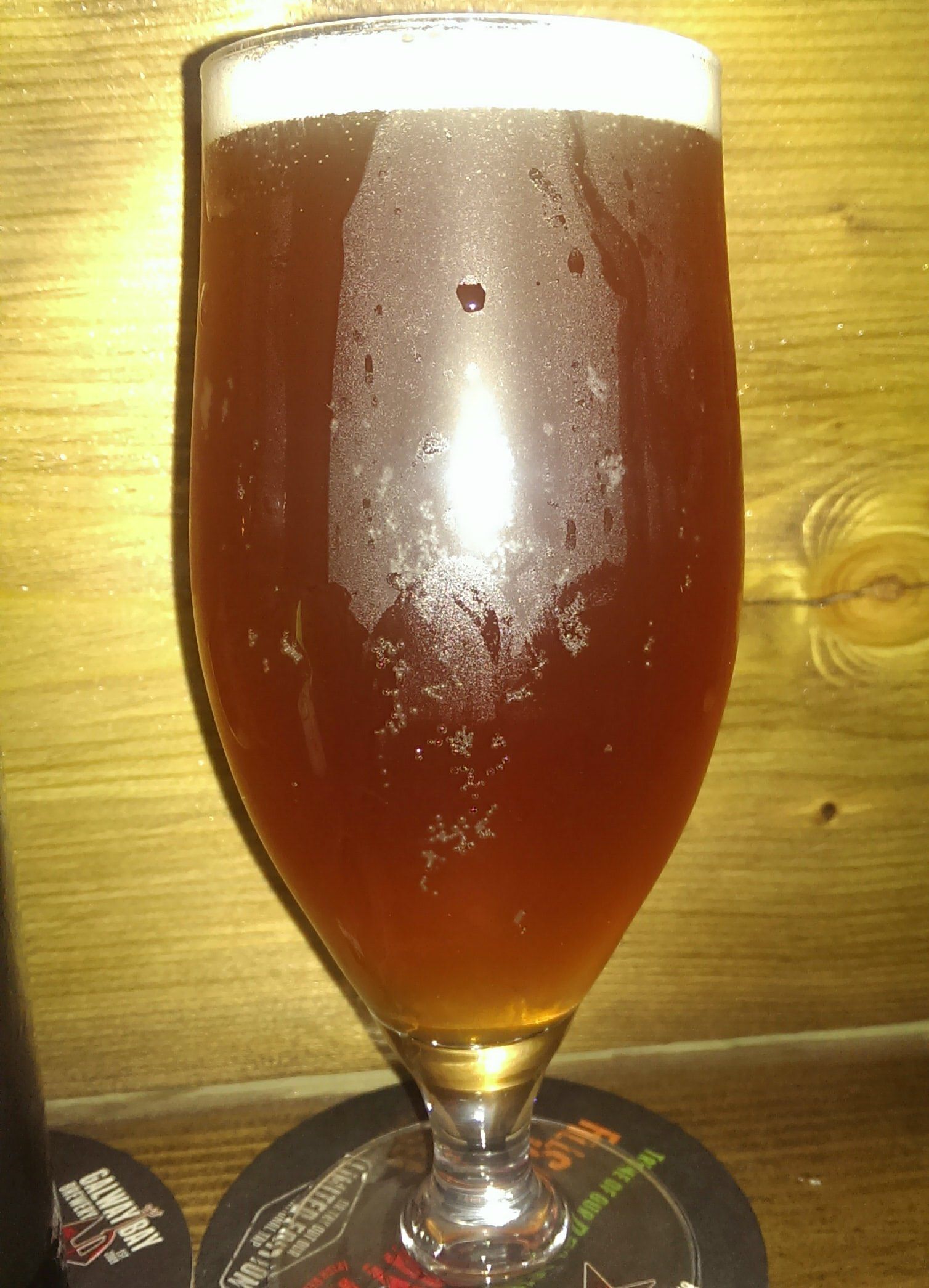 It pours an orangey colour with a thin head. It is an IPA, so it has a good amount of hops in it, which give it a taste of tropical fruits with a nice, slightly bitter kick. But as I said, this is a Session IPA, so there’s enough malt in there to add lovely caramel notes that balance out the hops. Compared to last week’s N17 Rye Ale, this one is more on the hoppy side than the malty side, but still far from being “too bitter” for those new to IPAs. The whole thing tastes delicious: fruity but not too sweet, refreshing and moreish. It’s a perfect “gateway beer” for those looking to try more IPAs and getting used to hoppy beers.

One of my fellow Dublin Ladies Craft Beer Society members, Kate, came along and hadn’t tried BOOM before. Here are some of her quotes when trying this beer:

“This is really drinkable!”

“This is almost my new favourite beer!”

“This would be perfect for a BBQ!”

That sums it up perfectly. Once again, the beer was so good that we both went for a second one. It’d be rude not to really, it being a Session IPA and all. 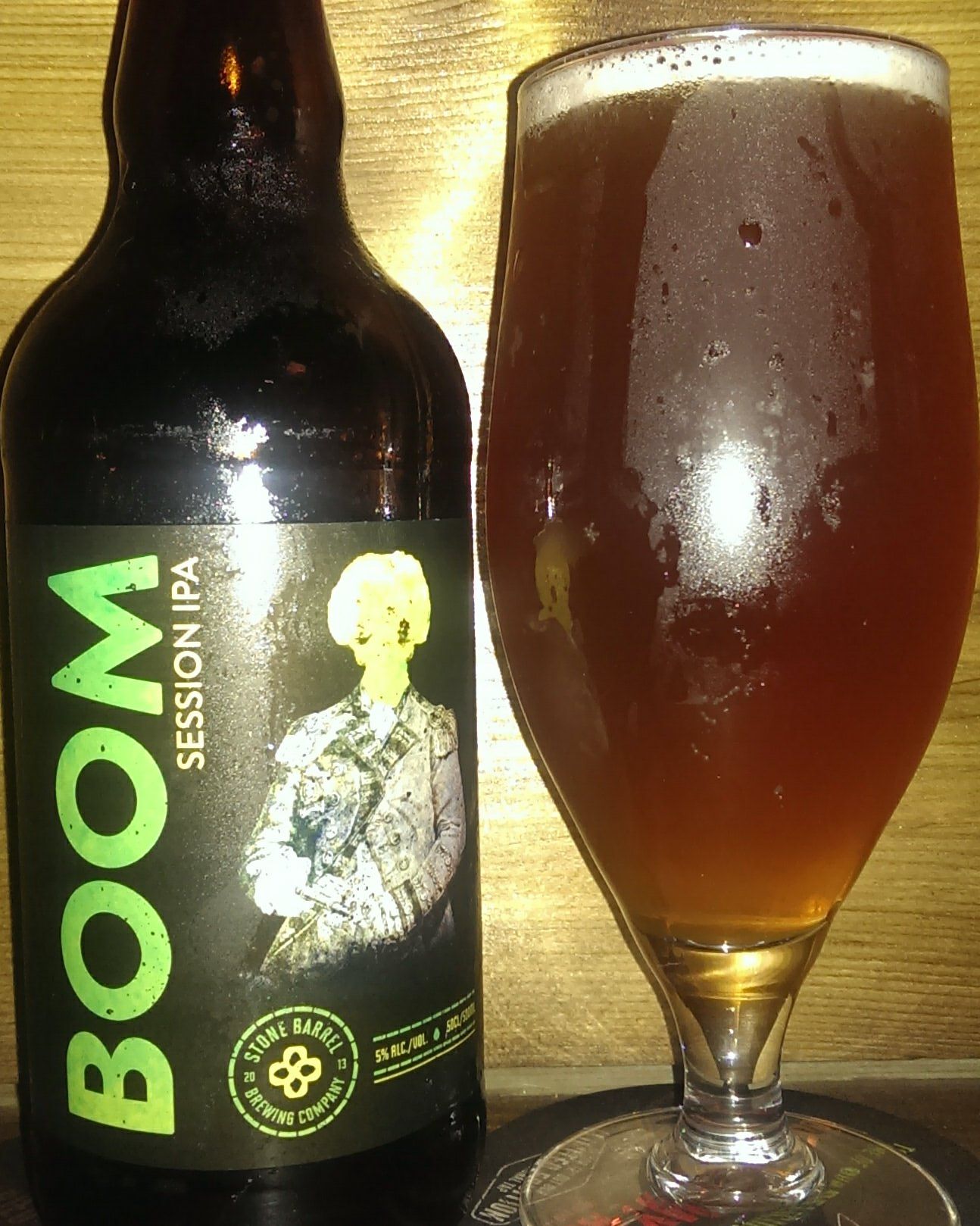 Even though they only made the transition from home brewing a few months ago, Niall and Kevin at Stone Barrel have already managed to brew two fantastic beers. I’m glad that BOOM is staying around, and I will definitely be keeping an eye out for C No Evil and their future rotational series beers.

BOOM is available in bottles in over 35 outlets and most craft beer pubs in Dublin. It’s also available on draught in some pubs. Check Stone Barrel’s Twitter for the latest updates on availability and free tastings (one coming up tonight!).

How to make the ultimate buttermilk chicken burger at home