Even if the weather is a bit shite, it’s almost June and there is a bank holiday weekend coming up, so it’s time to start thinking about holidays, beaches and things like that. How about a brewery by the beach that is named after said beach? Sounds like the perfect holiday to me!
Kinnegar Brewing was founded in 2011 in Rathmullan, Co. Donegal by Rick LeVert and Libby Carton. It’s named after nearby Kinnegar Beach. Kinnegar means “rabbit warren” in Irish, hence the rabbit on the label. 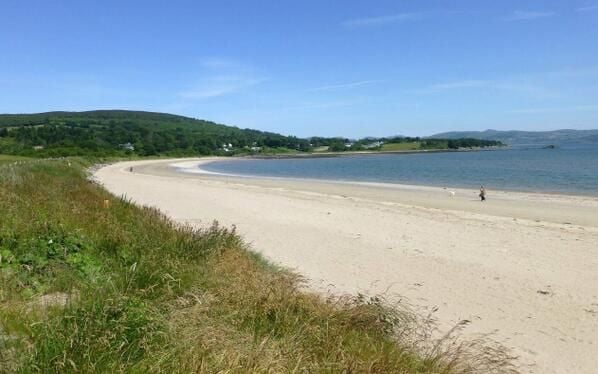 Kinnegar was what’s called a nano brewery at first. It was located in a farmhouse and wasn’t much bigger than a big home brewery. Last year, they built new facilities and increased their capacity from just 200 litres to 5,000 litres per week. Another great success story for an Irish craft brewery! They have a core range of 5 beers and have put out some fantastic special editions as well. A prime example is their winter special, “Long Tongue” Pumpkin Ginger Rye Ale. It was absolutely delish and perfect for the winter time.
Scraggy Bay is their IPA and it’s one of Kinnegar’s best core range beers.

It pours an orange amber colour with a thick white head. In the aroma there is orange and citrus with hints of pine. The flavour has a refreshing kick from the hops and lovely notes of sweet orange, grapefruit and caramel from the malts. Once it warms up a little, the bitterness from the hops recedes and the sweetness from the malts comes through more. There’s a nice balance between refreshing hoppiness and sweet fruitiness going on.
Overall, this is a very tasty and drinkable IPA with a clean taste, refreshing kick and great citrus notes. It would be a perfect beer to take to a beach and enjoy in the sun.
Scraggy Bay is available from good Off Licenses, and in bottles and on draught in craft beer pubs. 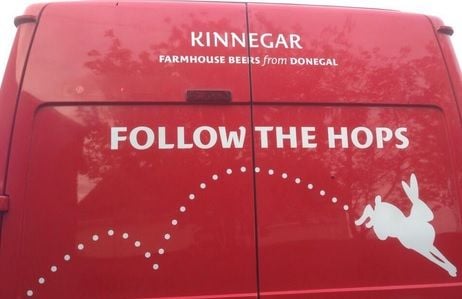