Right, people, listen up because things are about to get real. Brace yourselves, this Craft Beer of the Week is really something special. So far, I’ve introduced some fantastic beers that everyone from a craft beer veteran to a complete newbie can enjoy. If you’ve only started drinking craft beer recently, you’re about to be elevated to a whole new level of Beervana and your tastebuds are in for a rollercoaster ride. What you’re going to taste is probably the best beer ever made in Ireland.

Galway Bay Brewery doesn’t need much of an introduction. Chances are you’ve been in at least one of their 5 Dublin pubs. It was founded in 2009 and they first brought their beers to Dublin when they opened Against the Grain in 2010, at a time when most people in Ireland had never heard of craft beer, let alone tried any. 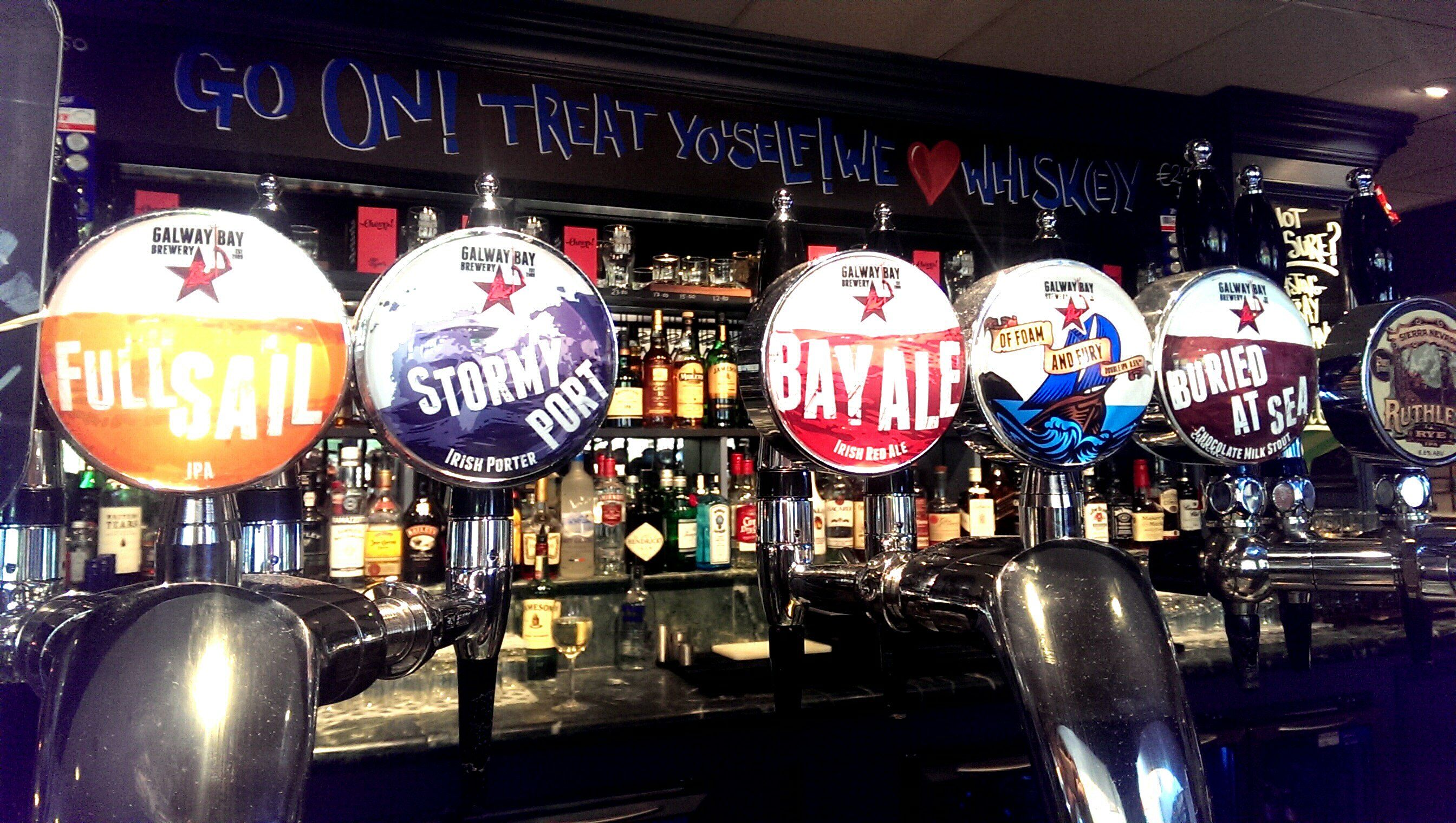 Their beers have always been great, but they landed the jackpot when they brought in head brewer Chris in 2012. He was just out of college and is only 23, and yet he has turned Galway Bay into a world-class contender that gives the biggest US and UK craft breweries a run for their money. The core range has undergone a great transformation since Chris took over, and on top of that he’s been adding some outstanding new brews to the portfolio.

His masterpiece is Of Foam and Fury. It is a Double IPA, which means that it has a lot more hops than normal IPAs and a higher alcohol content. That’s why it comes in a glass that holds 2/3 of a pint. Ever since it became available, the Irish craft beer scene has been going crazy about this beer. Pretty much everyone agrees that this is the best beer ever brewed in Ireland, and many craft beer experts have said that it’s better than some of the world’s biggest-selling Double IPAs from the UK and US. We at the Dublin Ladies Craft Beer Society couldn’t agree more, we are huge fans. Of Foam and Fury has won several awards, including a gold medal at the Alltech Dublin Beer Cup and Beoir Beer of the Year 2014. 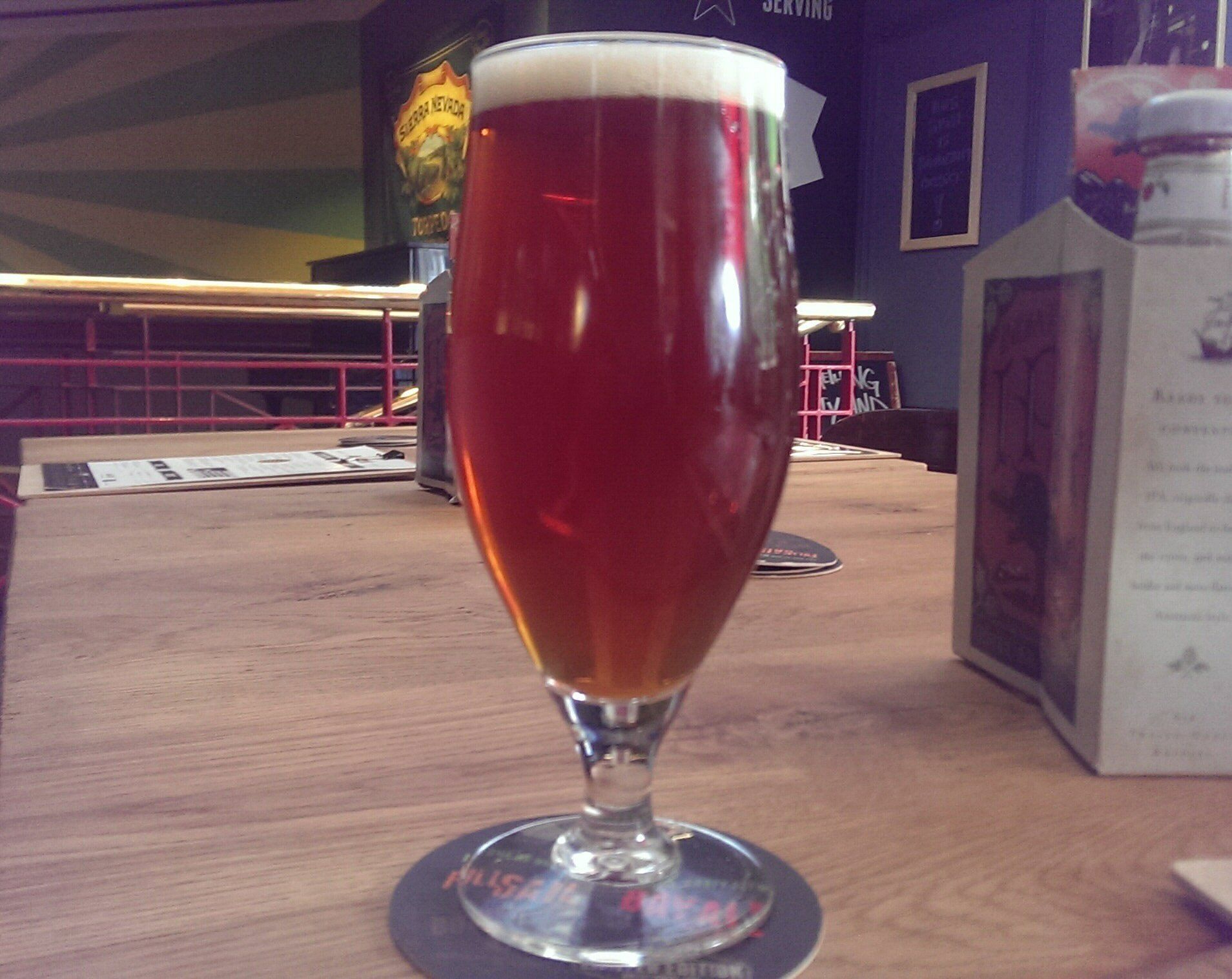 It pours a light amber colour with a big white head. Definitely give it a smell before you take the first sip. It has a delicious aroma of tropical fruits, a hint of caramel and also a slight smell of pine, which is caused by all those hops. Time to get ready and taste this beauty. Prepare for something amazing. First up, ALL the citrus fruits. Orange, grapefruit, mango and kiwi all make an appearance. A huge hop kick will hit you, but you’ll also taste lovely, thick caramel notes from the malts. It’s like a firework in your mouth. Citrus, hoppy bitterness and caramel in turns, starting again with every sip. And on top of all that, those 8.5% are hidden so well that your glass will be empty and you’ll be on to the second one before you even know it. Dangerously drinkable and dangerously fuckin delish! The greatness of this beer can’t be put into words, you need to try it for yourself ASAP.
Of Foam and Fury is available on tap in all 5 Cottage Group (Galway Bay) bars in Dublin and in bottles from good off licenses.

Go on, take your tastebuds on a fantastic ride to kick off the weekend in style!