Last weekend, the European Beer Bloggers’ Conference (EBBC) took place in The Church here in Dublin. Now in its 4th year, it was the first time that the conference was held outside the UK. Beer bloggers from all over Europe and the world came together, exchanged ideas and listened to brilliant presentations by expert speakers. Even for seasoned beer bloggers, there were new things to learn about the craft beer industry in Ireland and interesting insider perspectives to listen to. We also picked up really valuable tips about how to supercharge your blog by integrating video and optimising your social media presence. 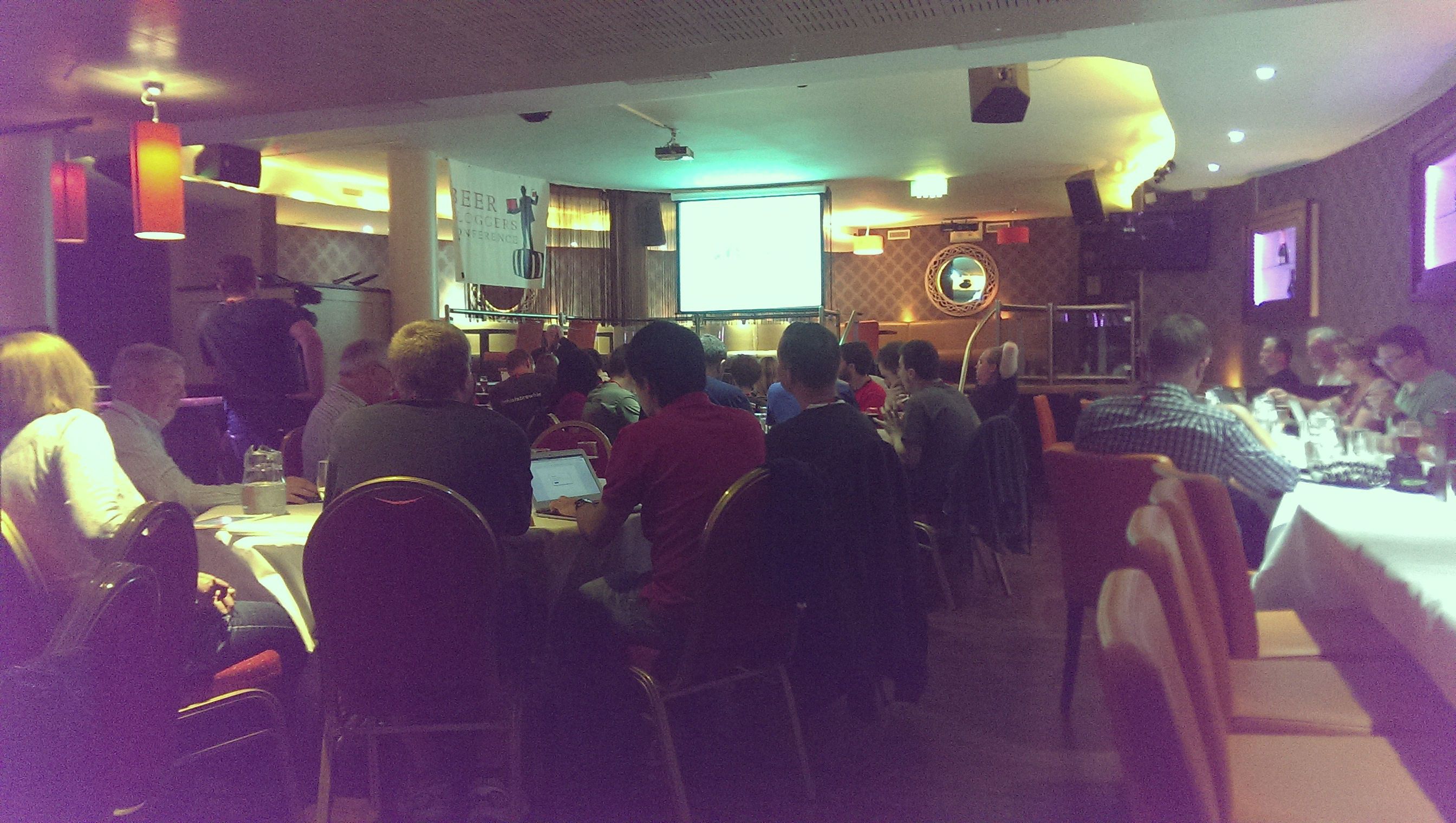 Obviously, there was lots of beer sampling, too, pretty much from morning to night. Hard job, I know, but someone has to do it! Besides the “official” samples provided during the presentations, there were lots of beers we can’t get here in Ireland, brought over by some very generous attendees from abroad. The absolute highlight for me was the Apricot Sour Ale by Cascade Brewery, brought over by a fellow beer blogger from the States. It was like no other beer I’ve tasted. There’s a huge hype around Sour Ales in the US at the moment and I really hope they’ll catch on over here soon as well. 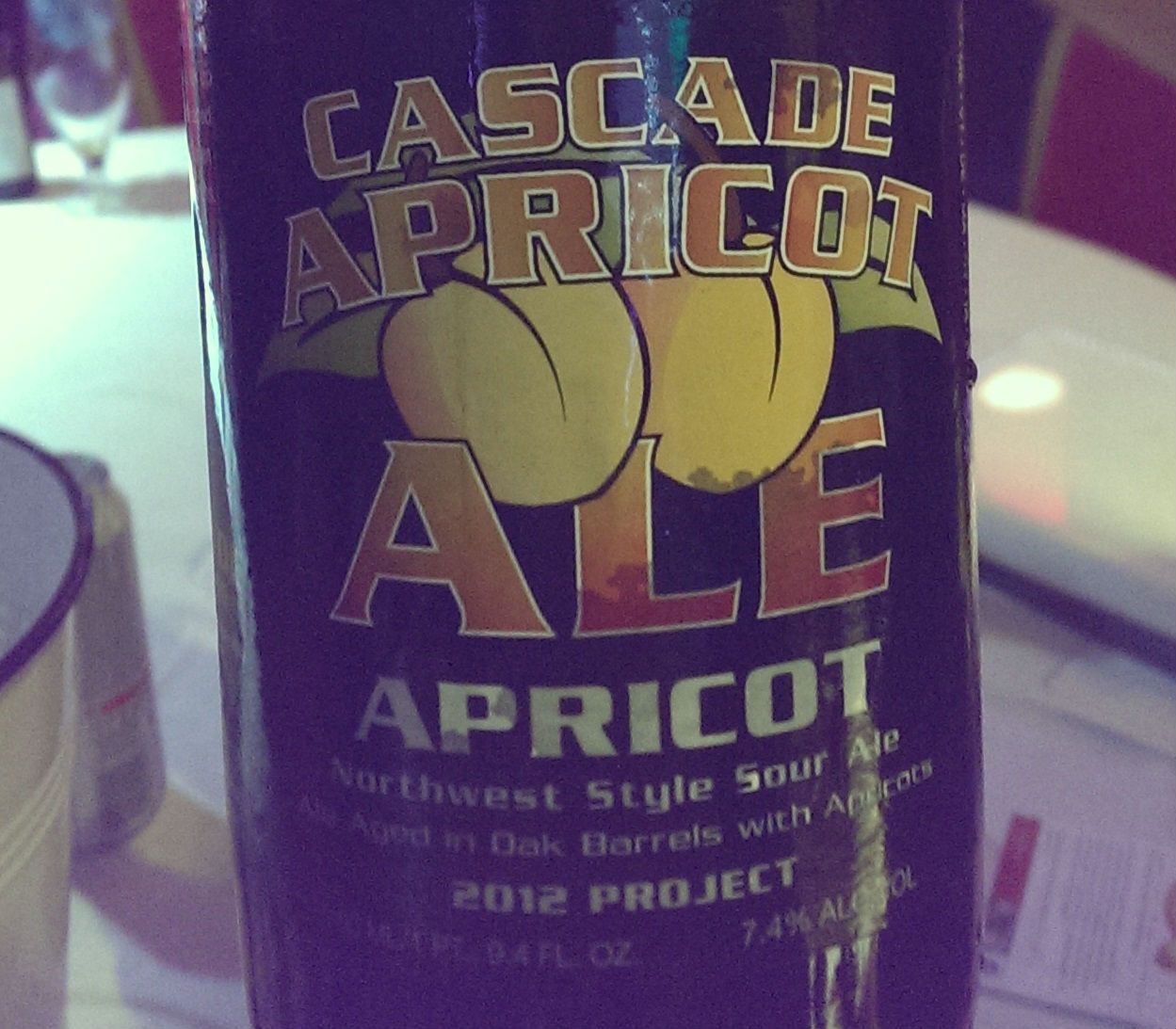 Another highlight of the weekend was the Craft Beer Reception hosted by Beer Ireland, an organisation that supports new Irish craft brewers. Many of the brewers were present and happy to give us samples and answer all our questions. Loads of former Craft Beers of the Week featured, such as the 3 Rascal’s beers from the last post, N17 Rye Ale (first ever Craft Beer of the Week), Kinsale Black IPA and Four Provinces’ The Hurler. 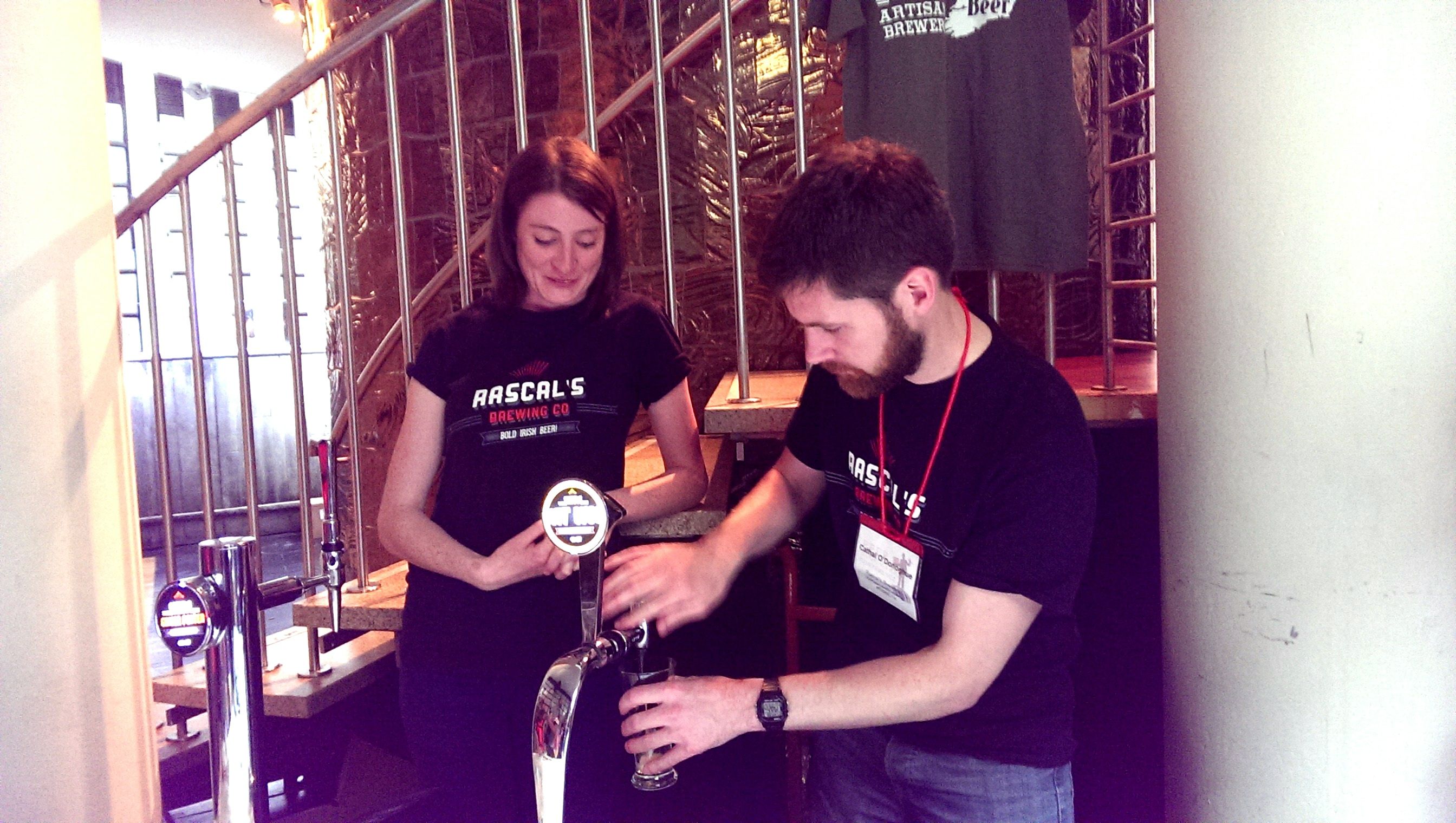 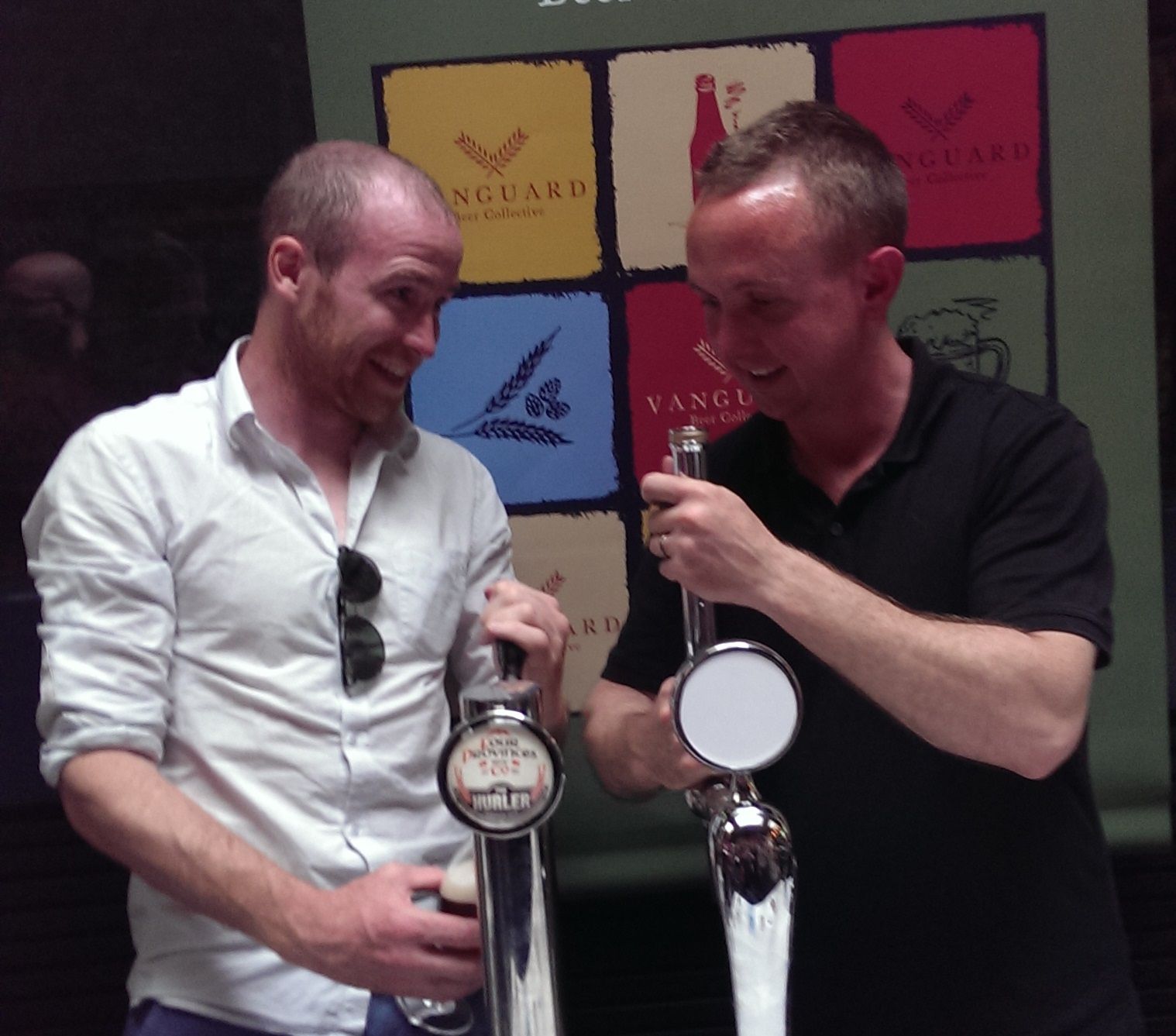 EBBC weekend also saw 2 comebacks I was delighted about. The first one was the Randall! I mentioned it in the Kinsale Black IPA post before and it’s finally back for good. Vanguard Beer Collective, a brilliant distributor that specialises in Irish Craft Beer, have come up with the deadly idea to rotate the Randall in pubs all over Ireland and pour different beers through it. This is going to be super exciting. The Randall even has its own Twitter account! Make sure you follow it to keep up with where it’s going and what’s pouring through it. It’s amazing what it adds to the taste of the beers. For the weekend of EBBC, the Randall was in The Norseman (formerly Farrington’s) and pouring through it was N17 Rye Ale and Kinsale Pale Ale. 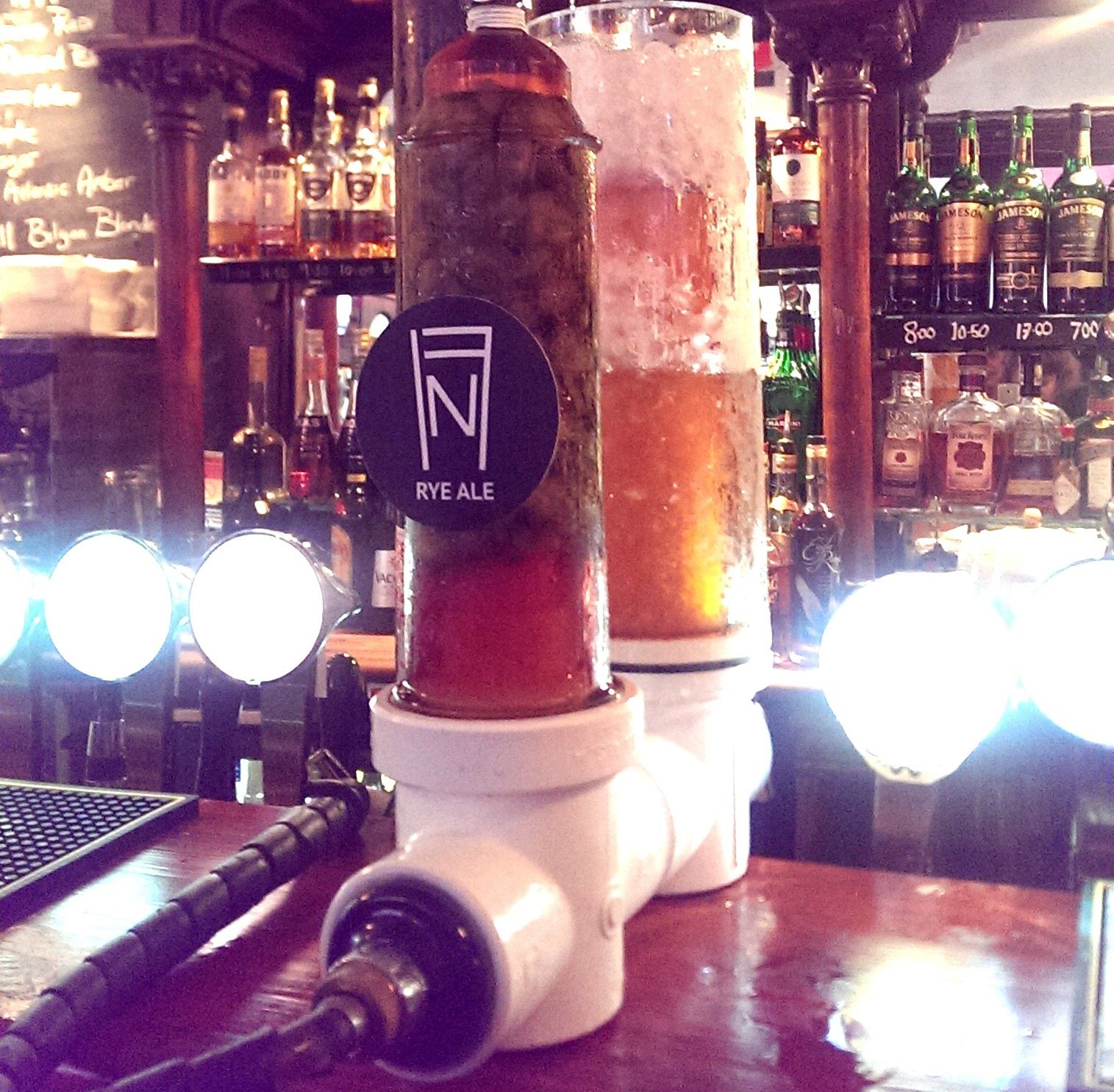 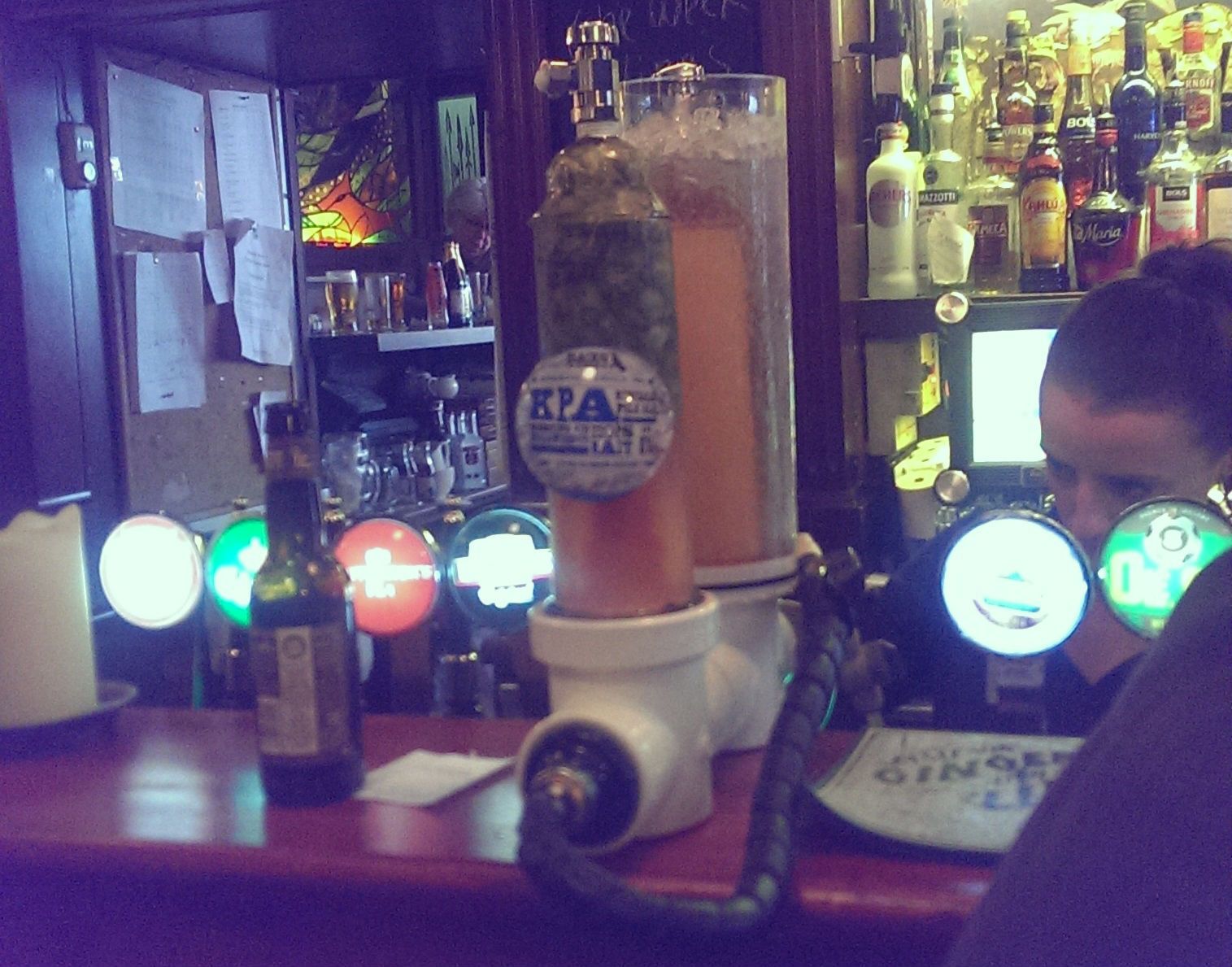 The second comeback was something special: Amber Ella has finally returned! If you’ve read my post about this “Beer World Cup” bronze medalist, you’ll know I’m a bit obsessed. In my opinion, Amber Ella is one of the top 3 Irish craft beers around. 8 Degrees have finally made a new batch and you should see Amber Ella make an appearance in a craft beer pub near you very shortly. Do not miss it!

But this wouldn’t be the Craft Beer of the Week if I didn’t talk about a new Irish craft beer to try. And what a fantastic one I found at EBBC! 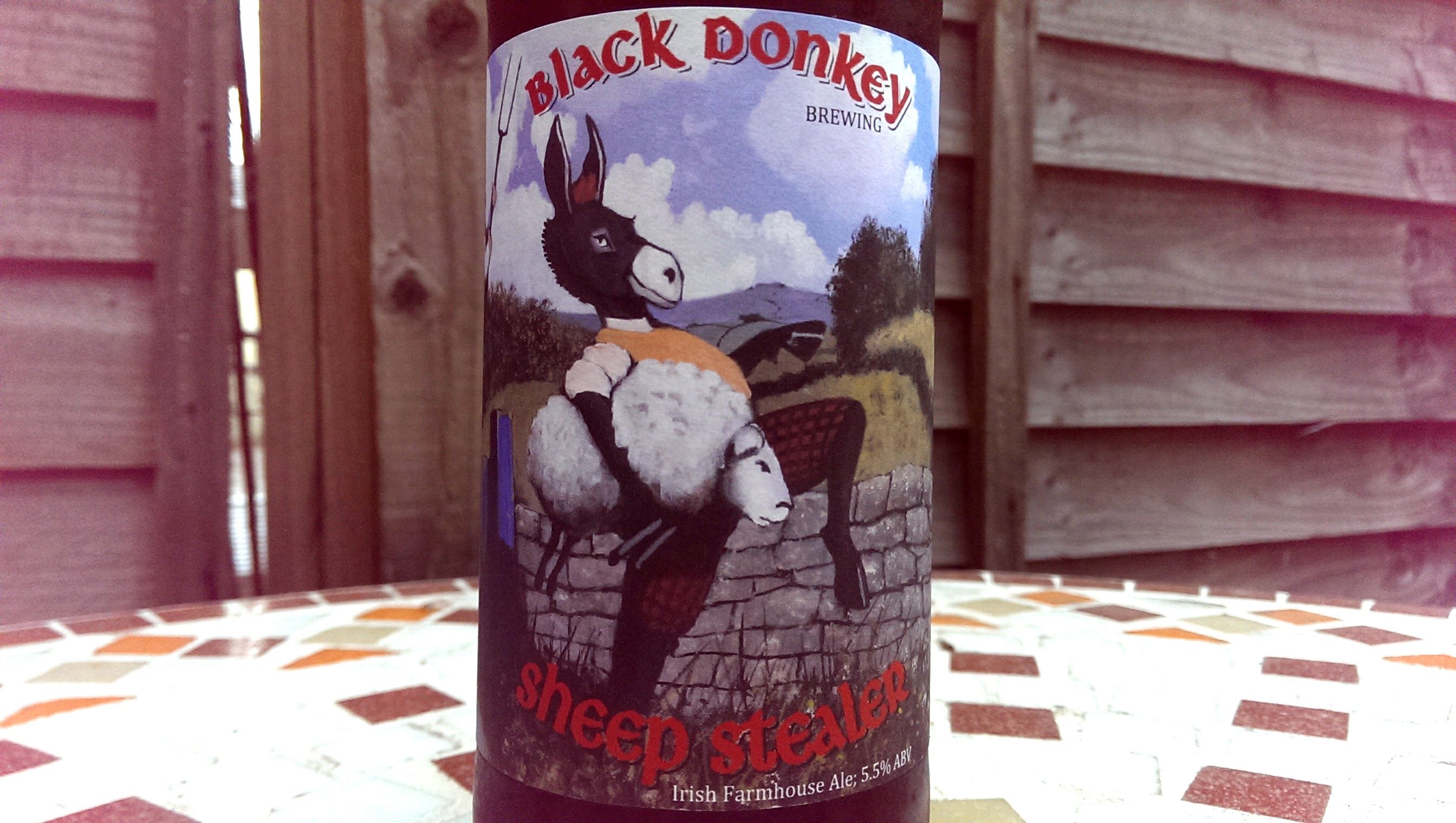 This is Sheep Stealer by Black Donkey Brewing. Black Donkey is located in Roscommon and owned by Michaela Dillon and Richard Siberry, who have some of the most interesting biographies I’ve ever come across. It was fascinating talking to Richard at EBBC about all the different jobs they’ve worked in and countries they’ve lived in. After being homebrewers in New York City, they returned to their native Ireland and set up Black Donkey brewery. Sheep Stealer is their first beer and it’s an Irish Farmhouse Ale. It’s similar in style to the Franciscan Well Saison and the Wit Woo from Rascal’s, a kind of cross between a saison and a wit beer.  It tastes absolutely delish with notes of lemons and apricots and a lovely tartness and zing. Extremely refreshing and perfect for the summer. This was my favourite new Irish craft beer I tried at EBBC and it’s of a very high standard, especially for a debut beer! I can’t wait to see what Michaela and Richard will follow this up with. By the way, if you like the label on the bottle as much as I do, it’s based on an original painting by Roscommon artist Andrew Dillon. Check out his work here, I think his paintings are fantastic!

So there you have it, this is part 1 of the highlights from EBBC. Next week I’ll be telling you about what happened when a bunch of craft beer bloggers stormed the Guinness brewery. Stay tuned and sample lots of Sheep Stealer in the meantime! Keep an eye on Black Donkey’s Twitter for updates on availability, and I’ll also make sure to tweet about any place that gets it in. Cheers!