What’s the view like out your window right now? Is it a ravishing panorama of traffic, apartments and wheelie bins? Is it the Ilac Centre? Or a builder’s bum? Fear not. We’ve rounded up six of the best views Dublin has to offer, from sweeping coastal vistas to graffiti-splattered, inner-city grit. Check them out - and don’t forget to leave some views of your own in the comment section... ba-dum tish!

The Ha’Penny Bridge is the standard screengrab of Dublin – plastered everywhere from your Facebook (go on, admit it) to Fair City’s opening credits. But really, you could stand on any bridge, look east (towards the Custom House and Convention Centre), or west (to Grattan Bridge and the Four Courts) and feel all warm and fuzzy inside. Whether you see the River Liffey as an amenity, dividing line or open sewer, it’s got a knack for offering up some very classic city views… by day and night. 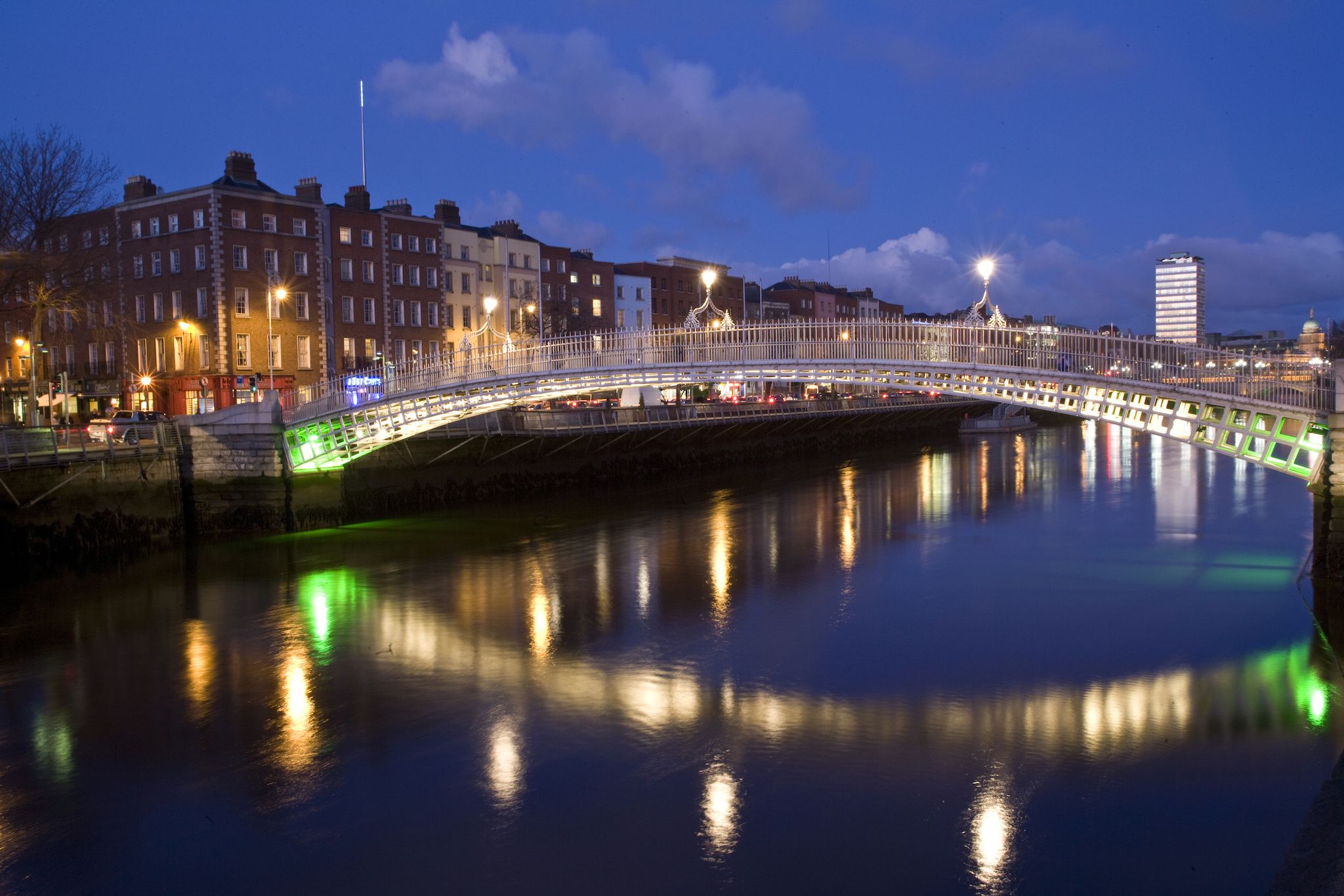 Dubliners can walk on water (well, kinda…) on the Great South Wall. Found beyond the industrial sprawl around Pigeon House Road, this hidden gem was built in the 1700s to shelter incoming ships and combat silting in Dublin Bay. The sparkling granite walkway stretches some two kilometres out towards Poolbeg Lighthouse, providing amazing views not just of the city skyline, but Howth, Dun Laoghaire and even the Sugar Loaf in Wicklow and Dublin Airport’s Terminal 2. It’s at once a hike and a history lesson. 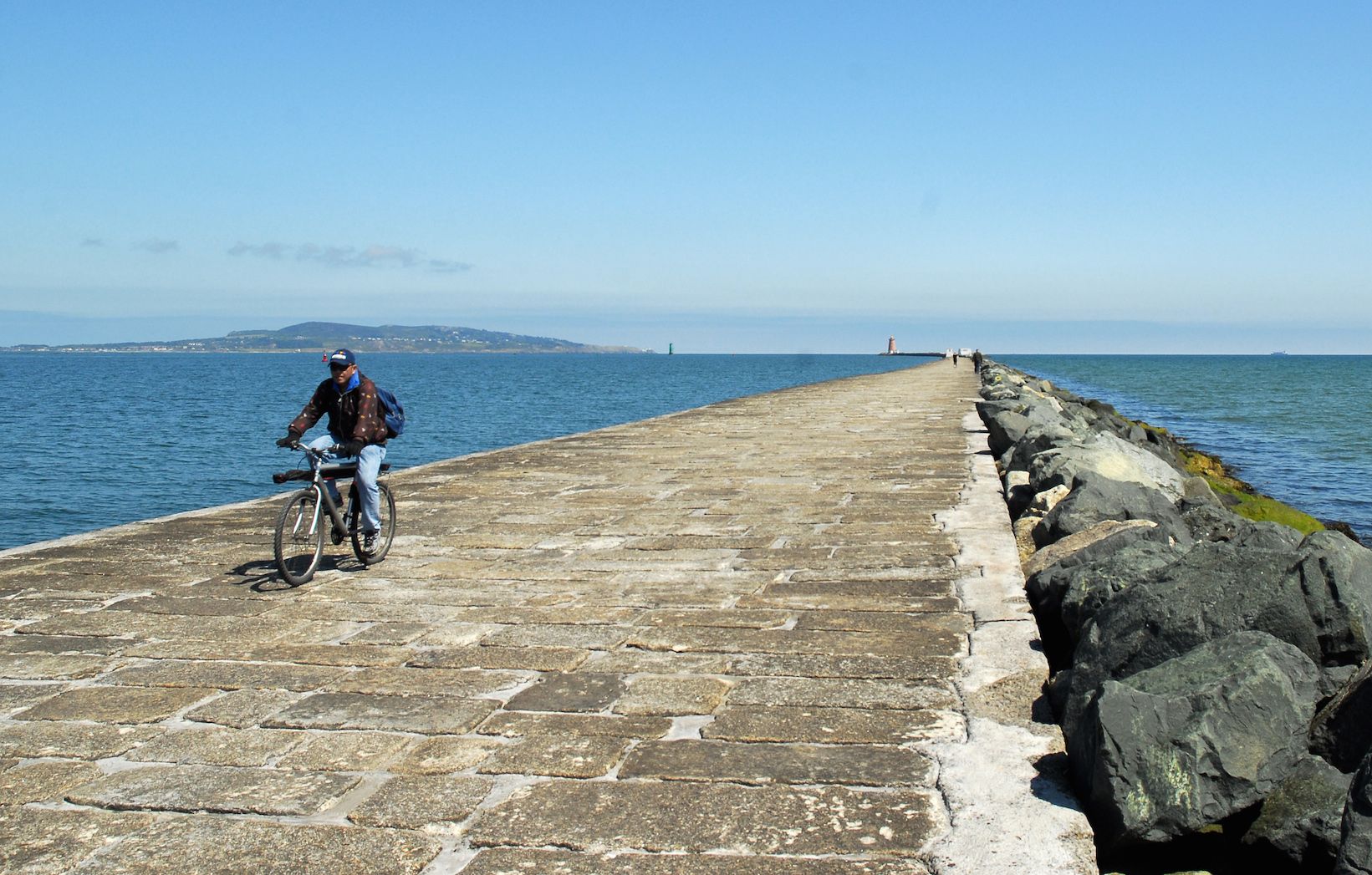 Ireland’s Bay of Naples? Bono’s front yard? Whatever you want to call it, this sweeping slice of south Dublin is a humdinger. The best views are from Killiney Hill, but they’re not the only ones – you can also soak up the bay from the comfort of a Dart carriage, with your pinkie raised over afternoon tea at Fitzpatrick Castle, or by hang-glider (don’t try this one after a Bison Kick, folks). Possible dolphins sightings are a bonus. 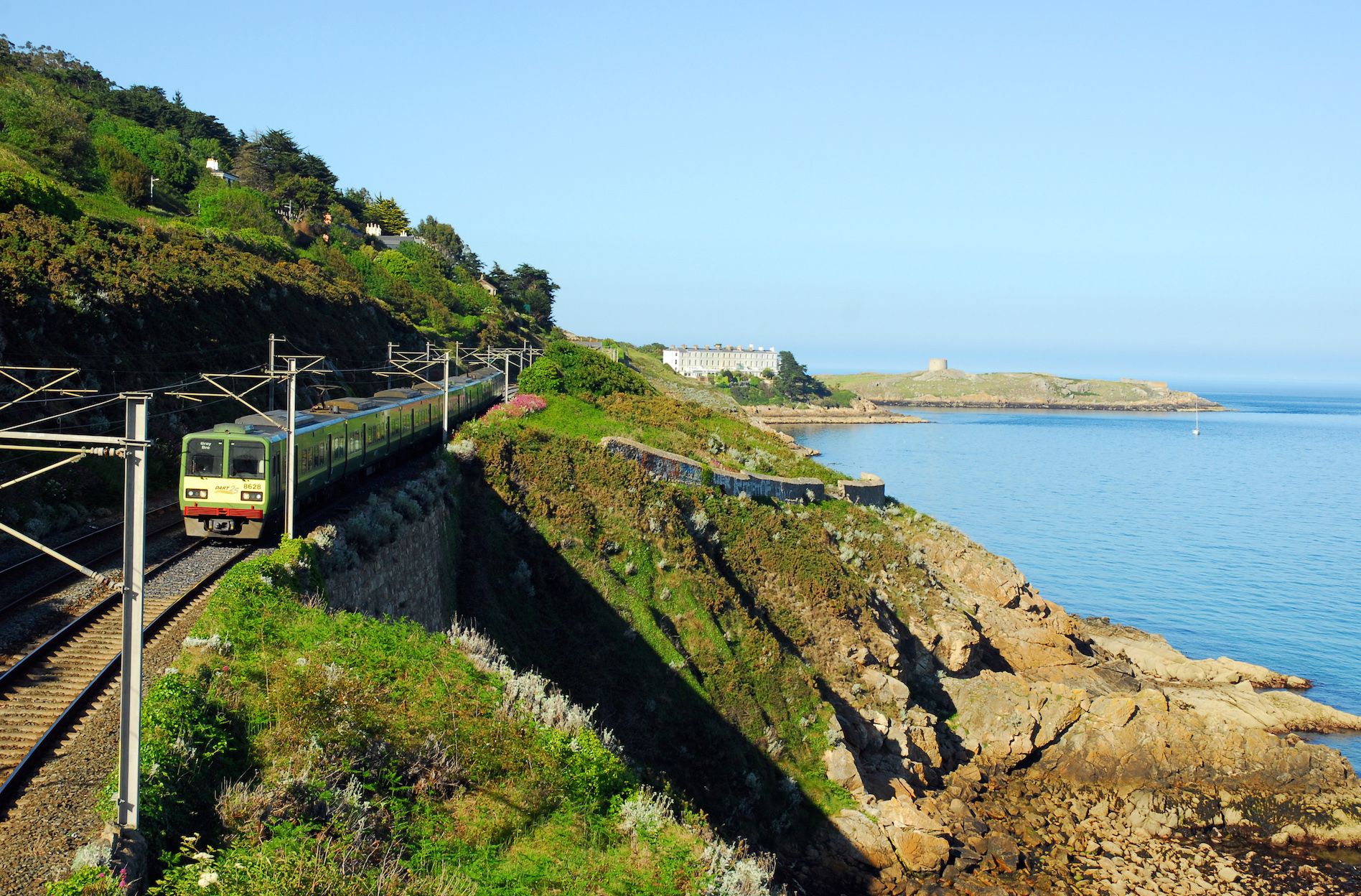 Dublin isn’t all purty views. Stray away from the Georgian set-pieces and grittier streetscapes quickly emerge… but grit can be gorgeous too. A short stroll down Chancery Street (between Capel Street and the Four Courts) throws up fruit & veg forklifts, brick houses, the Luas and some striking graffiti – including Dermot McConaghy’s ‘Saudade’ (pictured). “The word Saudade is Portuguese and describes a longing feeling, similar to homesick but much deeper,” the artist known as DMC tells us. One of his aims was to capture the weird tension between Dublin’s multicultural vibrancy, and the fact that Dubliners keep leaving. Chancery Street isn’t conventionally beautiful, but it certainly sticks with you. 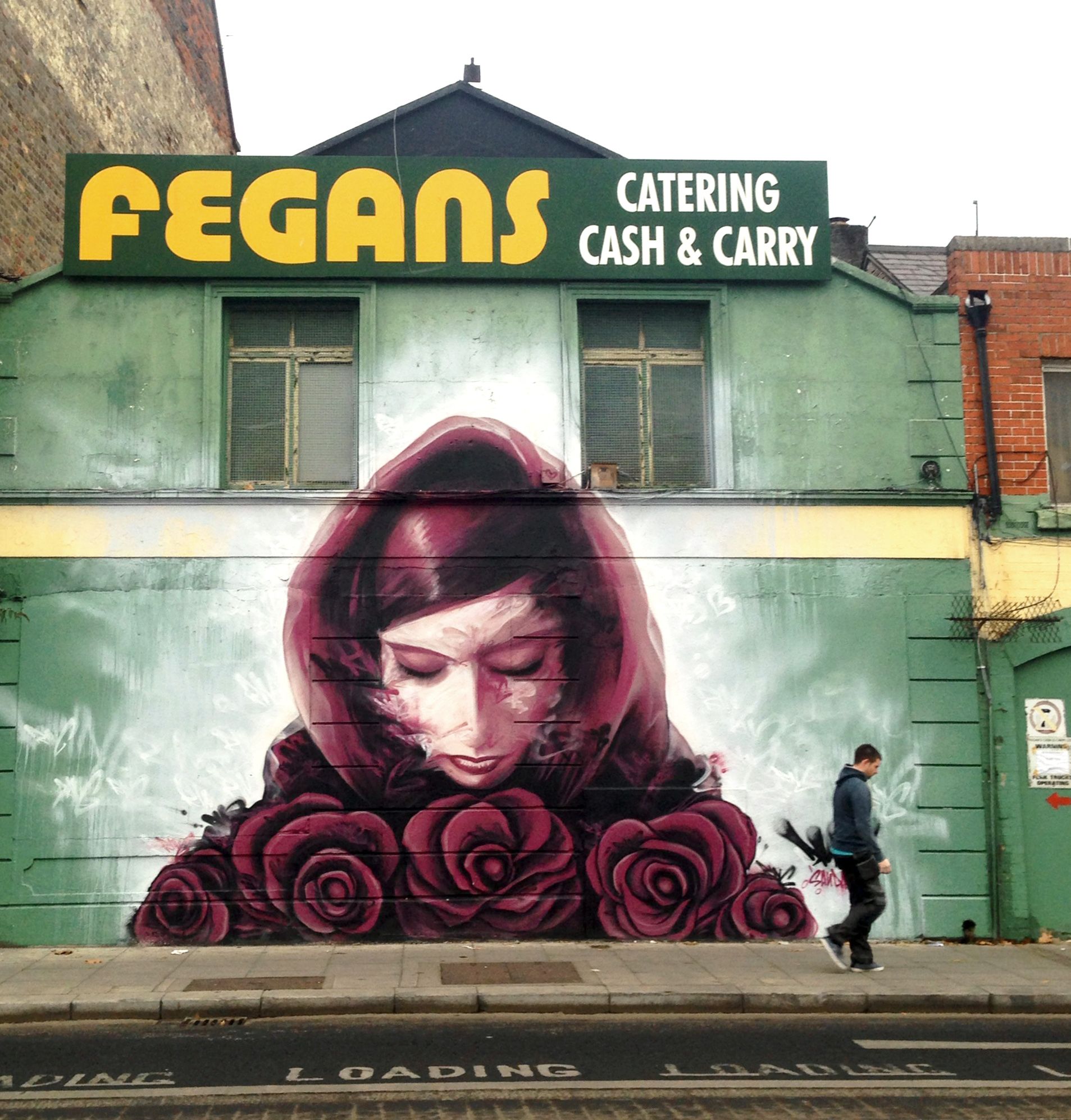 Georgian Dublin can be sublime – think of leafy oases like Merrion Square, the faded grandeur of Henrietta Street, or big old birthday cakes like Leinster House. The view down Mount Street Upper brings something else to the party, however, in the shape of the Pepper Canister Church. Walk along the north side of the street here and you’ll also find two wonderfully restored Georgian townhouses (pictured). Ironically, this grand street is said to be named after a nearby mound that once accommodated a gallows. 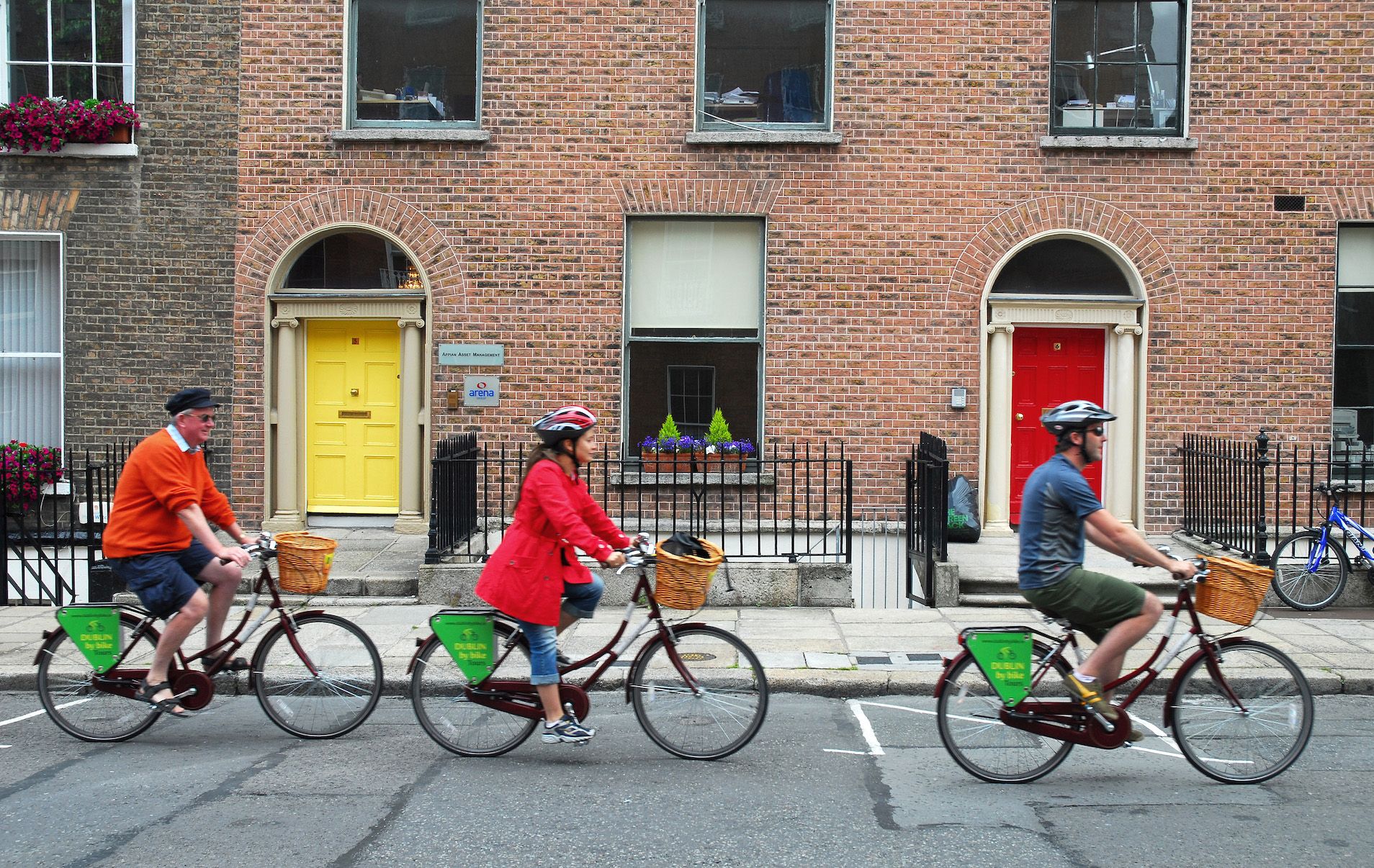 The best views come from bird’s eye positions, and that’s exactly what’s on offer south of the city in the Dublin Mountains. The skyline is visible from several points – including Three Rock and Ticknock – but the most dramatic is Montpellier Lodge, otherwise known as the Hellfire Club. This 18th century hunting lodge is the subject of several million ghost stories, so make sure to wear brown trousers if you’re planning on a nocturnal visit. The forest entrance is about 6.5km south of Rathfarnham on the R115. 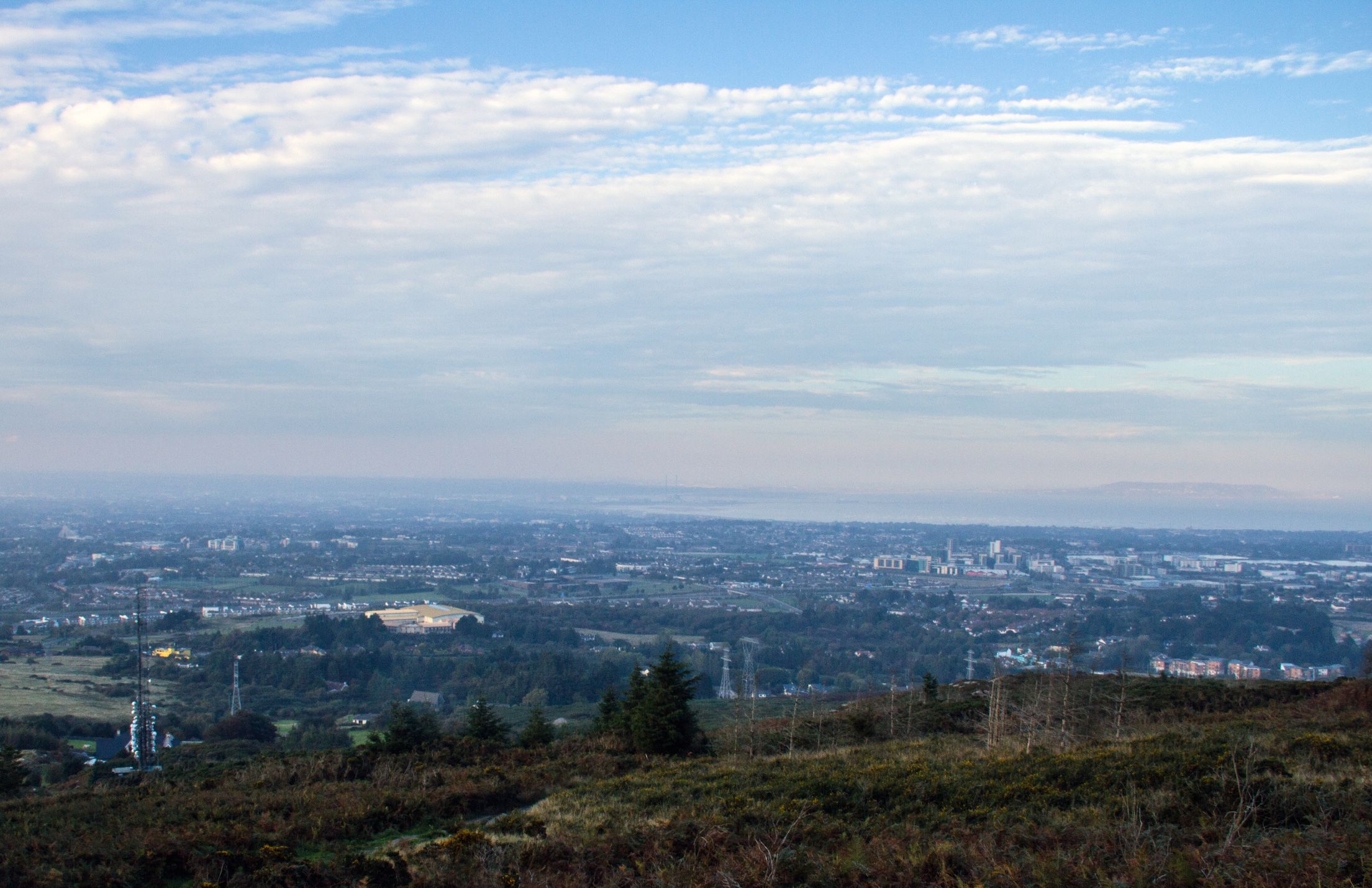 All other images from Pol O Conghaile