Sometimes the restaurant scene in Dublin really fucking bores me. I mean we've made great strides since the celtic tiger with the recession bringing out the creative side in many and a return to good food, better ambience and more value for consumers. Although we have loads of new trendy spots I've not been seen something genuinely breakthrough in the last couple of years. I'm talking about a huge defining moment in the Dublin restaurant scene. Things like Conrad Gallagher hitting the scene in the late 90s. Dylan McGrath cooking mind blowing food in the tiny Mint restaurant in Ranelagh. The buzz and twitter hype around Crackbird when it opened. Every once in a while something comes along that grabs the whole restaurant scene by the ankles and gives it a right old fucking shake.. Something that nobody else sees coming. Something that isn't just a copy from down the road with another "unique" twist added to it. The good news is that I discovered something this week that got me as excited as I've been about any food in our little city for years... 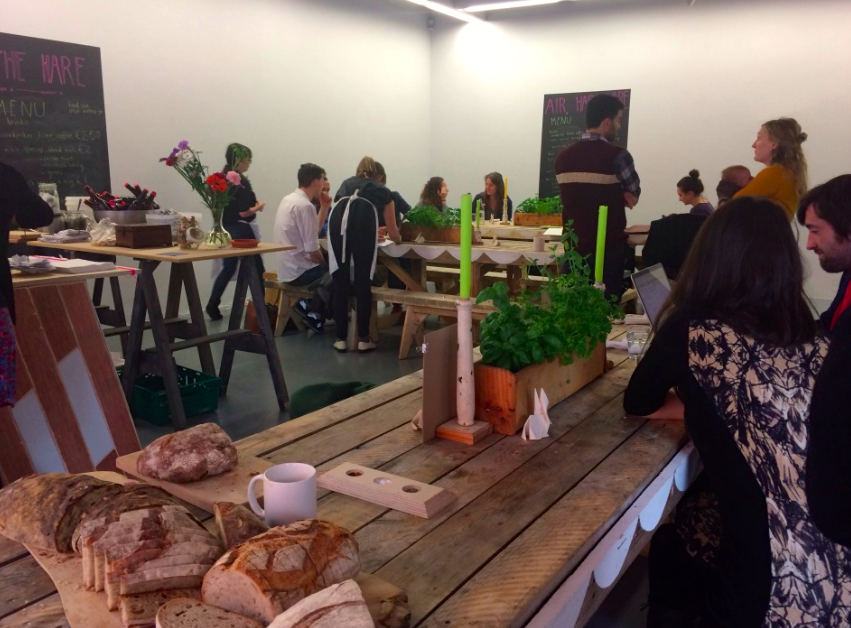 Hare is a pop up restaurant in Temple Bar that has it's roots in the raw food movement that brought diners to unique locations around Dublin over the last year. There are also a few familiar faces from another top hipster haunt The Fumbally and the open seating and roomy setting feels very similar and attracts a similar hipster crowd although I'm starting to think that hipster is just another word for dirty hippies. 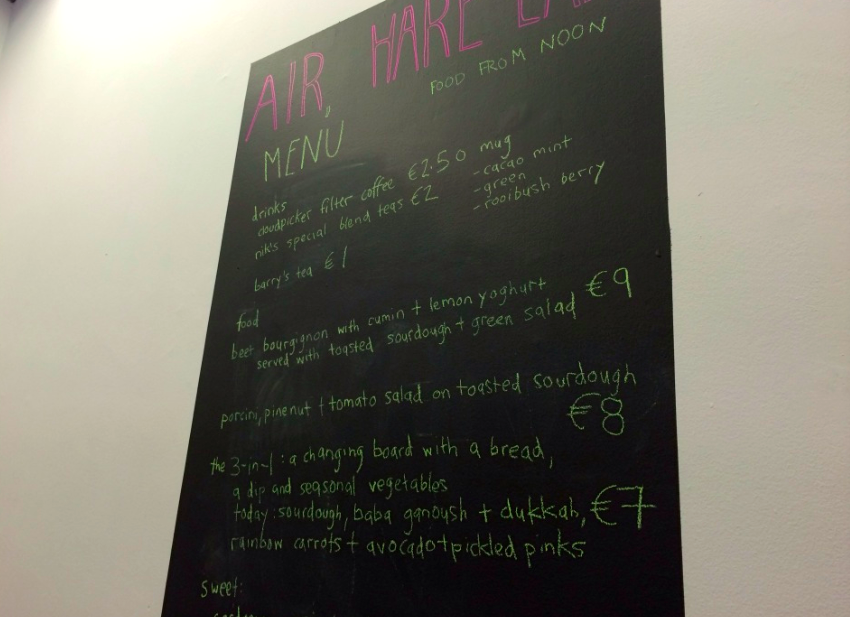 I'll be honest and say I wasn't exactly looking forward to a entirely veggie lunch. I was fucking dreading it and eyed up the Mcdonald's across the road thinking to myself "I'll be checking out your Euro menu in 20 minutes without a doubt". To my delight the food wasn't entirely "raw" and you are greeted by a load of crusty bread as you walk in the door which is always a good sign. 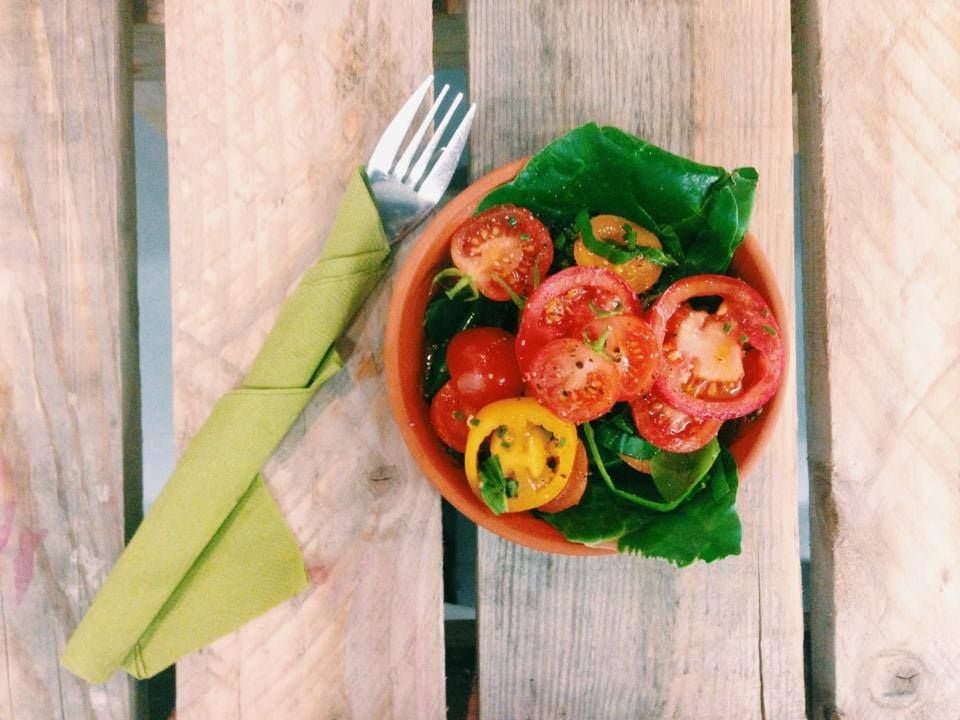 This is a pop up restaurant so the menus are just chalk painted on to the walls and the seating is garden benches and a communal set up. It took a while to get served but as soon as the food starting arriving I couldn't believe the colours adorning the plates. They were so colourful I started wondering just how much LSD had been slipped in to the green tea I'd ordered. 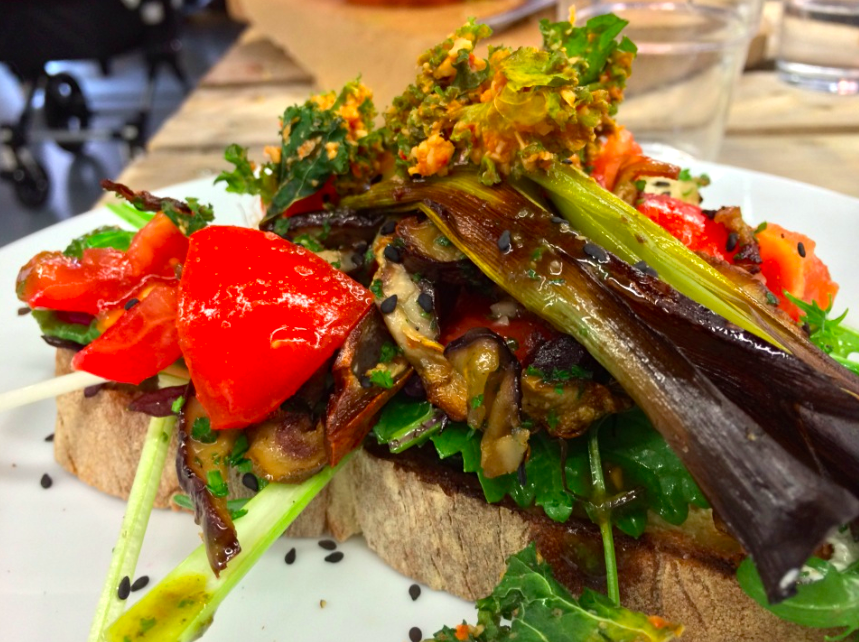 We ordered 3 dishes because I presumed I'd be fucking starving just eating a 7 euro plate of veg but I couldn't have been more wrong. If we were impressed by the colours then the taste took things to an even higher level. As I lifted a sceptical spoon in to my Beet Bourguignon my taste buds exploded and my heart skipped a beet! Was that really what I had just tasted? I dipped the amazing crusty bread into the baba ganoush topped with pomegranate seeds and again was transported to another world. Holy fucking shit balls this is good. Mouthful after mouthful it just tasted better and better. I mean I knew veggie food was better for your health but always presumed it had to taste like pure and utter shite. This was amazing and dare I say it as good as a burger oozing out meaty juice. 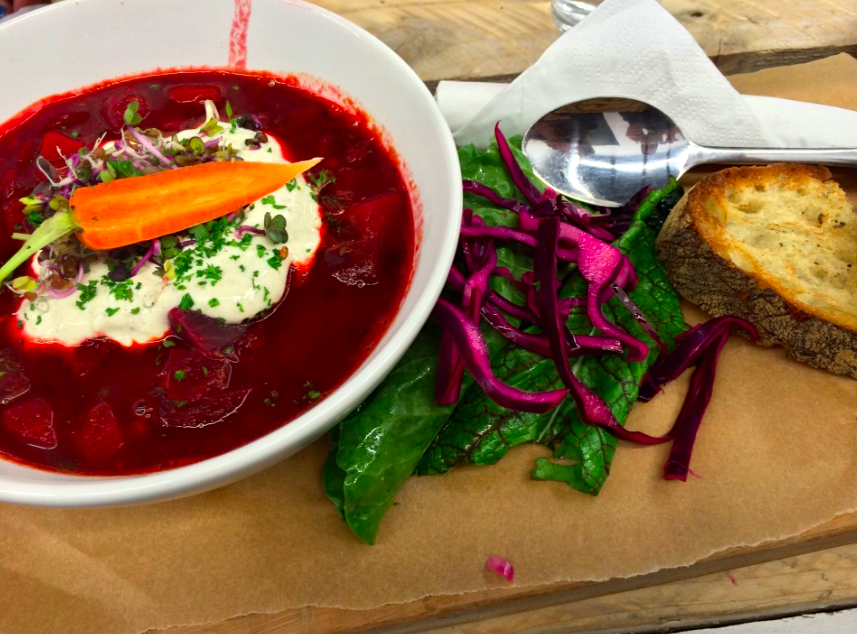 See thats why I write this blog and spend so much money on eating out. For experiences like this. This was food like I've never tasted before. It brought sheer joy to my life. If I could I'd eat this for every meal from now on. Katie the girl behind the cooking is young, good looking and clearly bursting full of talent. Normally chefs are greasy old men like me with their arse hanging out of their chefs trousers smoking a fag out the back by the bins looking burnt out. Eating in Hare feels like you are on the set of a cookery book. It feels like an episode of Hugh Fearnley Whittingstall's River cottage mixed with Electric Picnic. You'd nearly want to buy a bit of grass from a junkie outside and roll it up there and then. 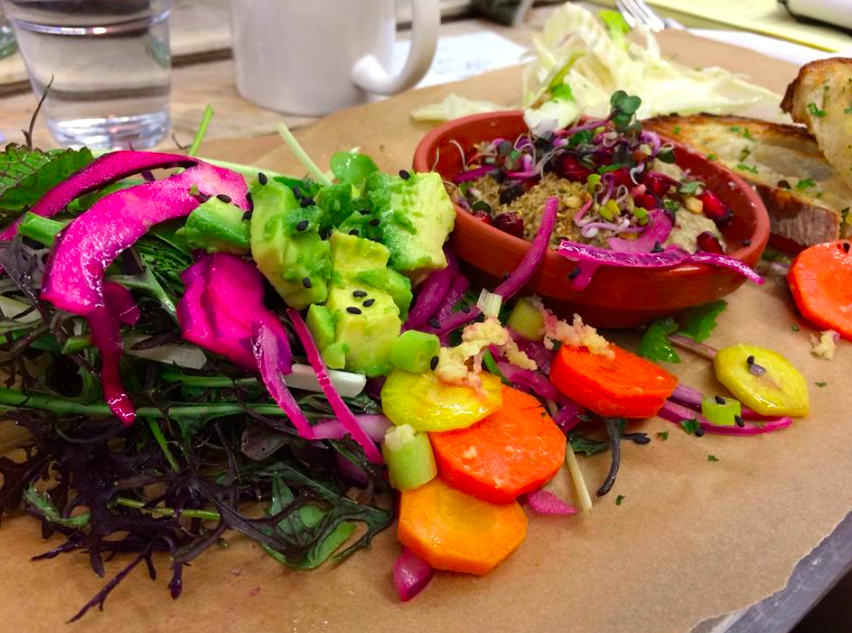 Who knows where this movement is going but it's going to be huge. They deserve a bigger permanent venue. They could easily double their prices and the word will spread about this place to such an extent that you'll be lucky to get a seat during the month they are open. Every couple of years something comes along that changes the playing field completely and Hare is very much in that bracket. Absolutely fucking incredible experience and a new star has been born. They might be starting out small but expect cook books, more restaurants, TV shows and everything else that comes with food this good. A new star has been born in Dublin.