We tend to pigeonhole Italian food into a couple of handy stereotypes. Pizza and Pasta. The reality of doing that is that it is like saying that everybody drinks Guinness in Ireland served with brown bread and cabbage. I've been hearing super things about Etto from people around town but wanted to give it a bit of time to bed down. I've had a couple of pretty shit experiences recently in restaurants that had just opened and didn't publish the reviews as it just isn't fair. A restaurant takes a good 3-6 months to find their feet I reckon and judging them in their first week just isn't fair.

It's a buzzy little room on Merrion row where the current trend of having customers sit and eat at a bar takes centre stage. I'm guessing the logic here is that you get customers "turned over" way quicker and therefore make more money. Nobody wants to sit in a bar stool for much longer than an hour. 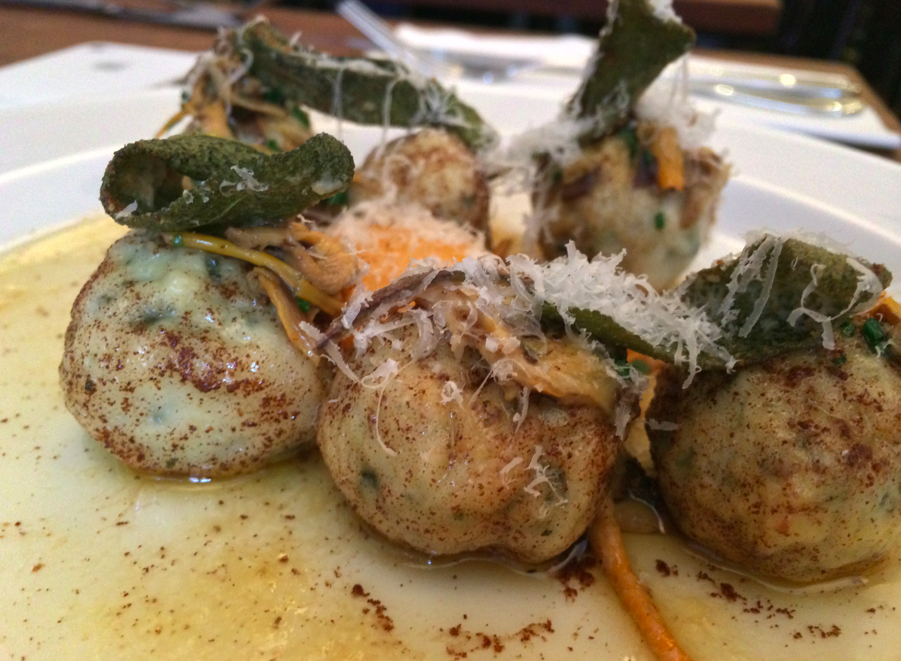 The food is unusual in that the portions are small. Sort of tasting plates but because it is all very rich you don't have to be worried about leaving hungry. Really nice unusual stuff on the menu and I was especially happy to see veal making an appearance. The Italians call this dish Vitello tonnato and it was so good that I momentarily forgot about all the little baby animals killed for me to enjoy that couple of minutes of wonderful texture. 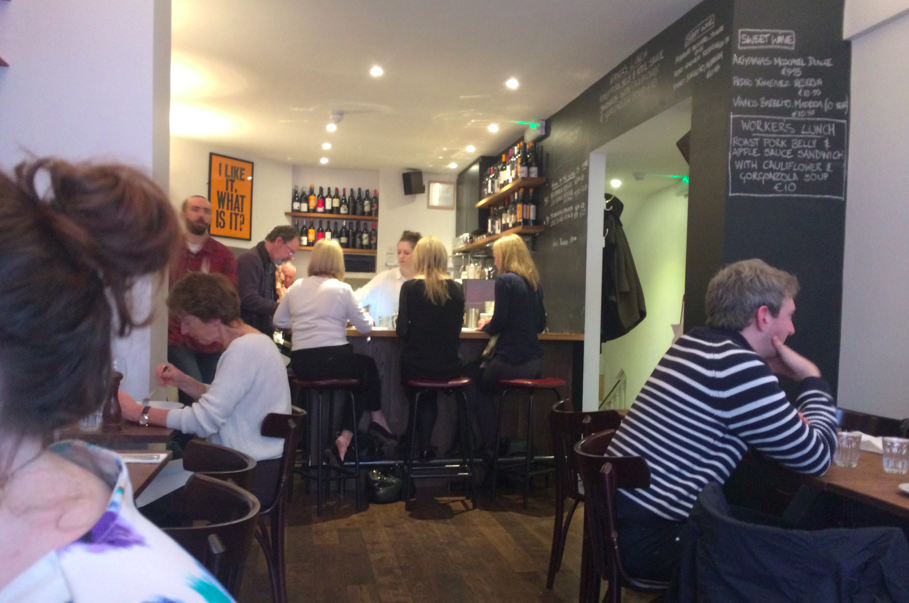 It was during the gorgeous starters that I started to realise that the place was full of arseholes. Not the staff who were super attentive but the customers. The place is right in middle of the Dáil Éireann, 5 star hotels and other places that have a high concentration of assholes so it should be no surprise that many choose to eat here. One guy on the table beside us was holding court saying "I'm the boss and whatever I say in there goes". I felt like walking over and kicking him in the nuts and pouring hot coffee down his trousers. That sort of a guy. 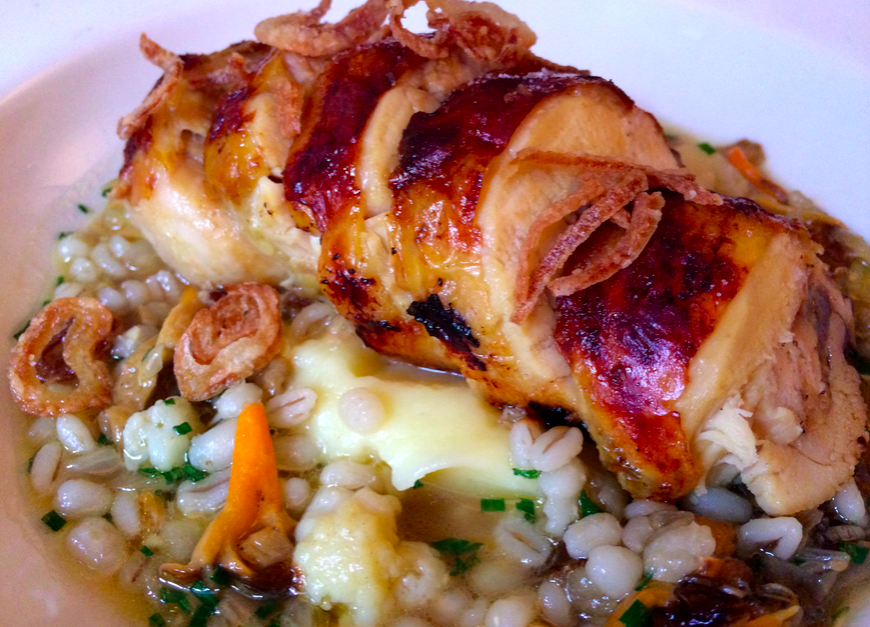 Interestingly all three girls with me were veggies which is why I decided to go for the chicken which was a seriously good dish with the only downside being the stuffing that was a little bland. I also slowly started to realise as I ate it that barley is fast becoming my new favourite ingredient. 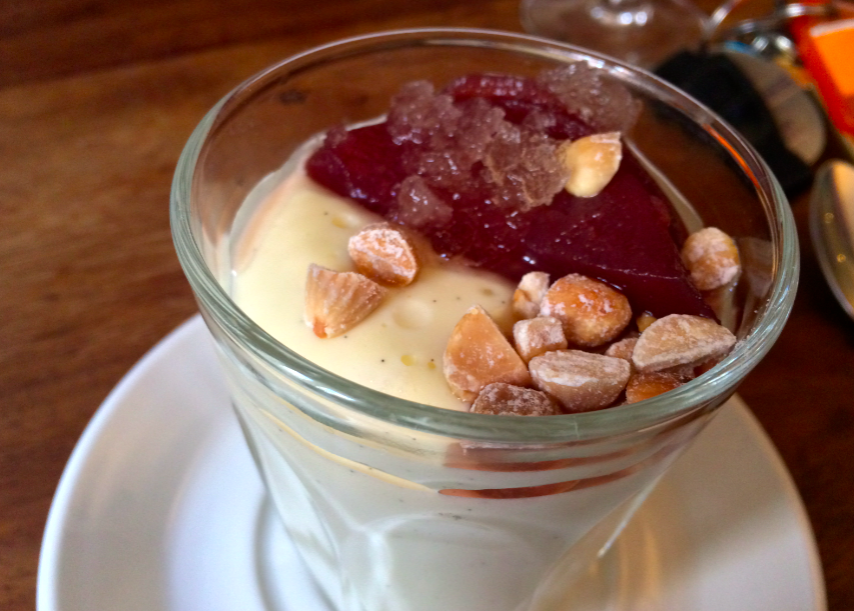 Desserts were super simple and all mega tasty. So simple in fact that I'm guessing this small restaurant doesn't have their own pastry chef. Nothing bad about them at all but you can always tell desserts that have been made by a chef who is trying to keep them basic enough. Not everybody would realise it but most chefs hate making desserts. Being a pastry chef is a bit of a passion and they are too expensive for many smaller places to hire. 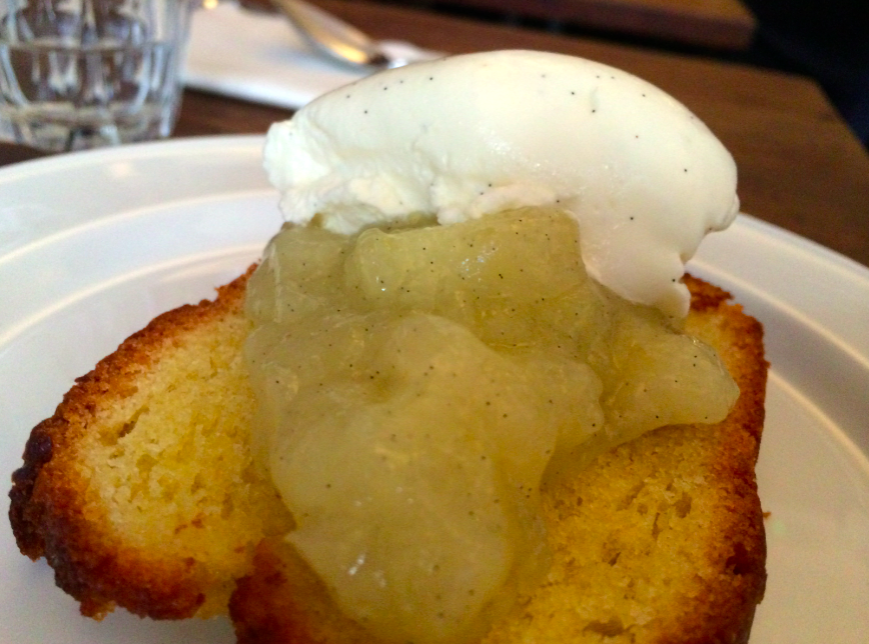 The ultimate test for an Italian restaurant is the coffee and more precisely the espresso. If they get this wrong they are fraudsters. Etto didn't just pass it but they got a 10/10. Your spoon would nearly stand up in it and the deep rich taste brought me back to Italy. The food was really good and the place buzzing and I was with 3 really cool people but something just didn't sit right with me. The arsehole on the table next to us was constantly wrecking my head and there were plenty more similar types around. If Etto was on South William Street, Ranelagh or even Camden Street I'd be giving it a 9/10 but ironically it was the customers that brought it down to a 7.5 for me. You have to go where the money is and this is a serious joint that will do well and that was needed on the Dublin scene. If you want to understand just how diverse and interesting Italian food really is give this a lash. People who are passionate about what they do challenging the norm. We always need more of that in Dublin.