You probably know Donal Skehan as that spiky-haired, trendy dude from the telly. Always smiling. I'm interested in celebrity chefs and how they turn their mass appeal into a few bucks. We talked about celeb chefs teaming up with supermarkets or, like most do, just slapping their own name onto a product to help drive sales for a brand. Now I don't know Donal personally but rather than having began with a career in the kitchen and then become a chef, he seems to have been born to be a TV chef. He could just as easily have been dancing beside Harry Styles on stage as he is flipping sardines and talking about buying aged balsamic. You can't really imagine him lugging around huge stock pots and shouting abuse at his colleagues while smashing plates. Well rather than take the easy route, he has developed a product from scratch called Scoff Pies which I think is seriously admirable so I decided to give them a spin and see if he could actually cook!

You can judge a pie on many factors but the one that stands head and shoulders above the rest is the quality of the pastry. I have never ever in my life tasted pastry this good. Not in a shop bought pie nor a restaurant, bar or anywhere else that sells pies. Even though I bought my pie in Tipperary and fucked it into the oven after a few beers, the pastry tasted as if Donal himself had been out the back in a kitchen with a team of bakers rolling it for me personally. Off the charts good. Light, flakey and really buttery. 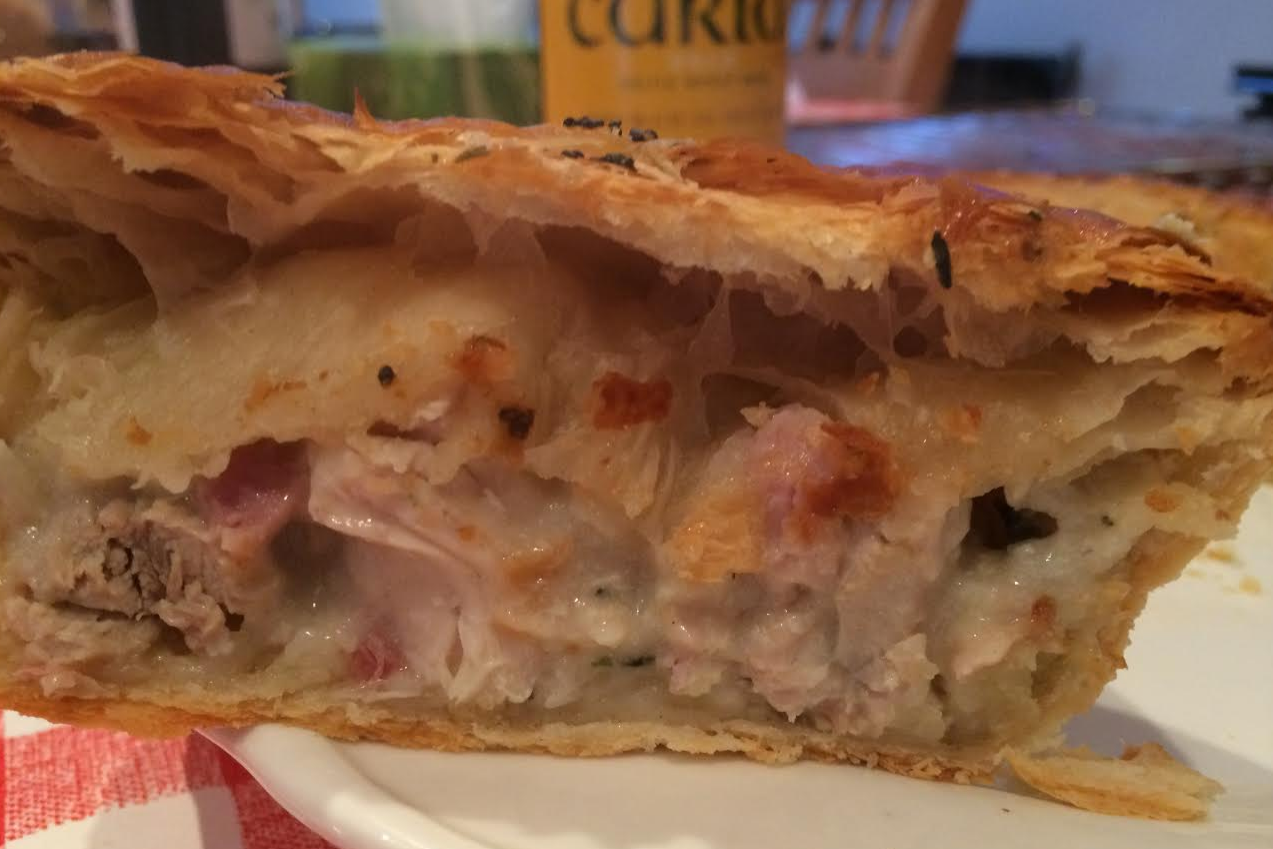 There are three flavours and they can best be summed up as... one awesome beef pie, one great pork pie and one not-so-great ham and chicken pie. Beef is the clear winner and tastes incredible and will leave you licking your lips. The pork is really flavoursome and the 2nd best but a little too saucy for me, although still a bloody good pie. The ham and chicken, however was the big let down. No taste and just a sort of creamy saucy mess. Maybe it was because the other 2 were so good that they made the chicken look bad but it just didn't pack the same punch. You'll often find in pies that you get a load of shitty ground-up meat that could be coming from anywhere and you take each bite hoping that you aren't eating bones or horse testicles. These pies couldn't really be further at the other end of the scale in terms of quality with big chunky pieces of meat. They've also managed to ensure that the meat is neither tough (typically cheaper cuts in a pie) nor has it been boiled to shit and to make it tender with it falling apart. 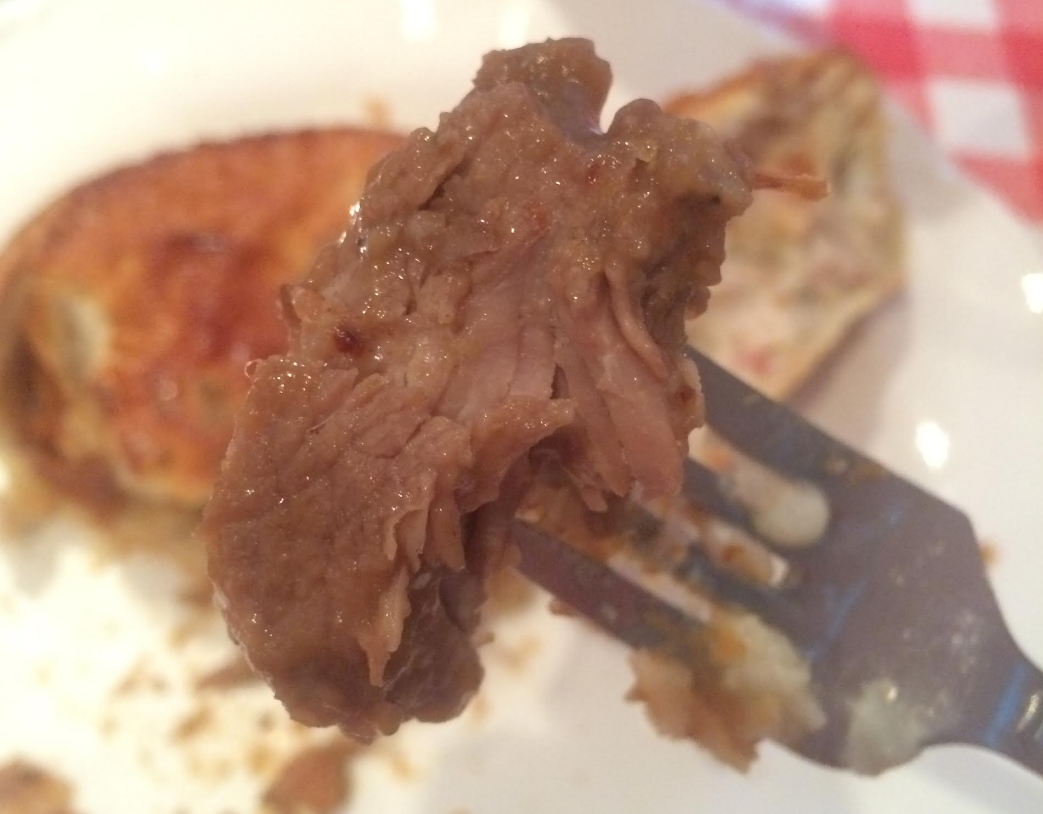 A massive hit. The pastry, the quality of the ingredients and the huge effort that has gone into the branding will make sure of that. There is a bit of tweaking to do but rather than a range to make a quick buck, I see this as a brand that will establish itself and which could do well in other countries (UK). I love the fact that he hasn't just thrown a logo onto a product that he had no say in with a little image of his spiky hair to make a few quid. These pies have been made with love and they could just become bigger than Donal himself. I think creating a product like this when you are already so clearly pigeon holed as a celebrity chef is seriously admirable. It is playing the long game. I've heard established chefs working in restaurants have a pop at folk like Donal saying they don't know how to really cook. The thing is 1000s of his pies will now be served in homes around the country with brilliant ingredients and super branding. That is what chefs are meant to do and Donal is probably feeding more people combined than any Michelin starred chef. Hats off and looking forward to watching the Scoff brand grow. As I sat with a nice Irish craft beer having my pie I was proud of what small Irish producers are trying to achieve. Awesome work. 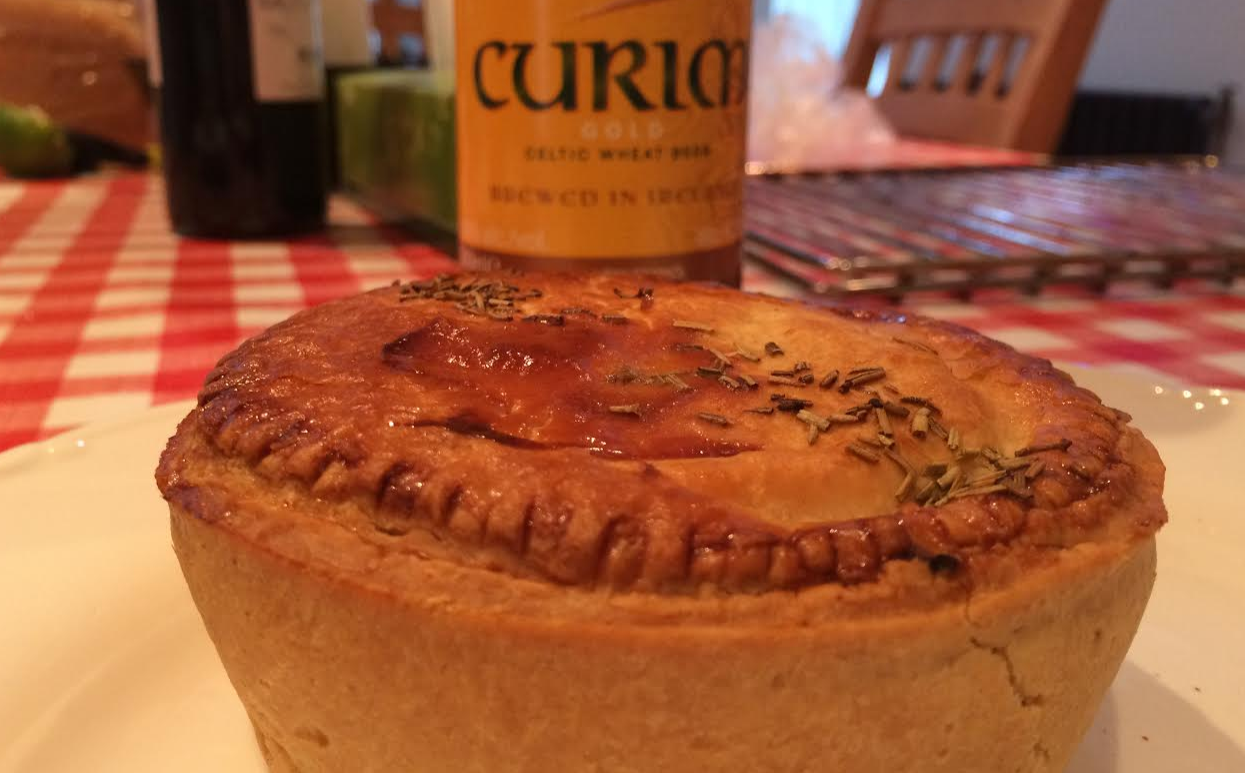 You Need To Try Out This Gorgeous Bakery On Capel Street

Cake For The Sophisticates Of Dublin