This week's restaurant review is short and sweet. I've eaten roughly 10 times in the Green Hen in the last year. I've brought friends there. Family. Eaten at the bar. Tweeted photos of the amazing food and I've even fucking sent loads of people there as a personal suggestion of the one hip place to eat in Dublin. Probably not unreasonable to say I contributed about €2000 worth of business to them over the last year. That is a shit ton of cash for a restaurant in this little fucked economy of ours.

I was out for lunch with Lauren in the local Exchequer bar (Always excellent) and it was one of those occasions where we didn't fancy anything on the dessert menu but still wanted something sweet. That is when I came up with the ingenius plan I'd learnt in America of going to another  restaurant for just a dessert. Some places have better pasty chefs than others after all so it makes complete sense.

So we headed off on the short walk and there was talk of champagne cocktails for Lauren as she was leaving and we were both going to savage the desserts and spend at least €50 there in a short period of time. The sort of easy money restaurants need in these tough times. It was Sunday lunch time and when we walked in the door there was one other table in the place. Busiest time of the day and no other customers so we had lucked out... 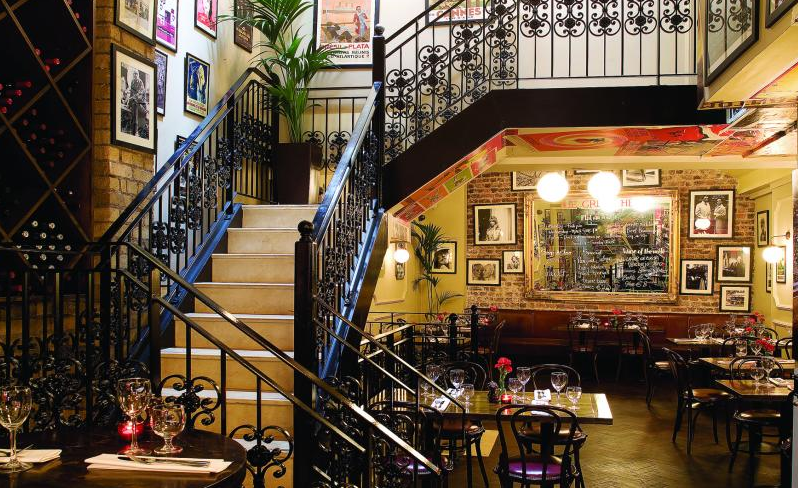 "Could we get a table for just a dessert, coffee and some cocktails please" I asked feeling at once content that I was somewhere I knew well and I could introduce them to another happy future customer. "No we don't do that" replied the waiter with a sneer and continued with "we are a full restaurant only". That was that. We were more or less ushered out of the restaurant and suddenly found ourself in the street looking for somewhere new for our desserts.

See that is the thing about restaurants...They have the ability to constantly wow you but then one tiny false move and you never go back. It could be an overcooked steak. A rude staff member. A dirty toilet. We all have so much choice that we can easily write somewhere off even if we fucking loved it up until then. If I bought a pair of €50 shoes and they had no laces I'd be pissed off. If I bought a book missing the last 5 pages I'd go back and wreck the place. It is the exact same for a restaurant and too many of them forget that. It costs a fuck ton of money to eat out and you should be welcoming any customers in with open arms rather than sneering them away and making them feel bad. I loved the Green Hen but I simply won't go back and the sad thing is the owners probably never had a clue what happened. It took one rude waiter 5 seconds to wipe €2000 of business of next years balance sheet. I could tell you about all the lovely meals I've eaten there over the last year but I always do the review based on the one time I am there even if I have been there before. I can only base this review on the 5 seconds I was actually in the place and it was pure shite and I'll never go back. Wankers.

I am only one person eating there on one day and could have had a strange opinion of the place. Here is the view from some others who have reviewed it...
Lucinda O'Sullivan
Caitrionaw's Blog
Fodors
Stitch and bear

Definitely The Best Steak In Dublin