Something very rare happened in Dublin this week. Summer arrived on time and for a sustained period of 4 days in a row. Even if this was all we got for the year you get the impression Irish people would be happy out. It's been a fucking scorcher and the mood of the nation has been lifted because of it. So after a hard week's work I decided to find somewhere to relax with a bit of good food on Saturday lunchtime. Now I have to preface this review by saying the weather had put me in unusually good mood and this review will probably reflect that. You could have served me up a terd in a shoe with piss dripping all over it and I'd probably have been happy enough. There were only 2 things that I was looking for...a seat outside and some fish. You don't feel like eating big heavy meals when the sun comes out so I started thinking about places to get good fish in Dublin. That is when it dawned on me that the fish restaurant scene here is pure shite. Some places have nice fish dishes but how is it possible that a little rock in the middle of an ocean doesn't do more fish? It's all about steaks, gourmet burgers, fried chicken and stuff like that rather than tapping in to our natural resources. Maybe Irish people just don't like fish. One thing they do like is salmon though because the first 5 menus I looked at all featured the most bland and rotten of all the fishes. Raw or smoked salmon I'd eat all day but pan seared dry salmon you can stick up your arse, we don't live in the 80s any more after all. So eventually I found somewhere that ticked all the boxes.
Eatery 120 in Ranelagh (For an amazing Facebook page that shows how it should be done check theirs out). Perfect little place to watch the world go by and a couple of lovely fish options on the menu too. I started with Oysters. They were decent but I wish people would stop fucking with classics. You don't serve oysters on a chopping board. Chopping boards are for bread, maybe some cheese or even a steak and chips but not for fucking oysters. You serve oysters on ice. People have done so for over 100 years so why change a winning formula. Not serving them on ice meant that by the time they reached me on a day like this they were slightly warm instead of ice cold and fresh. Still a tasty starter with lemon and some shallots but a school boy error turned them from a 10/10 to a 7/10. Sloppy.

If the starter was sloppy the main course was a masterpiece. Hake with blue cheese gnocci, green beans, herbs and sun dried tomatoes. Blue cheese gnooci sounded heavy to me but they were light and fluffy and probably the best I've ever had. The fish was as fresh as you could imagine and what I loved about it was how pure it was. Little to no seasoning or fancy stuff needed here because it was a thick, chunky fresh piece of fish that was perfectly cooked. To think that something this tasty was actually good for you blew my mind. Which gets me to the title of the post...restaurants take in huge delivery of products on a Saturday, their busiest day. My guess is that the fish had just been delivered which is why it tasted so fresh. What happens in restaurants though is that sometimes the fish doesn't all sell over Saturday and Sunday. Rather than throwing it out (fish is expensive) restaurants will repurpose the fish (often with a spicy or heavy sauce) and you end up eating an inferior product that is on the edge of actually going off. If you learn one thing from this post eat fish in restaurants on a Saturday rather than a Monday. 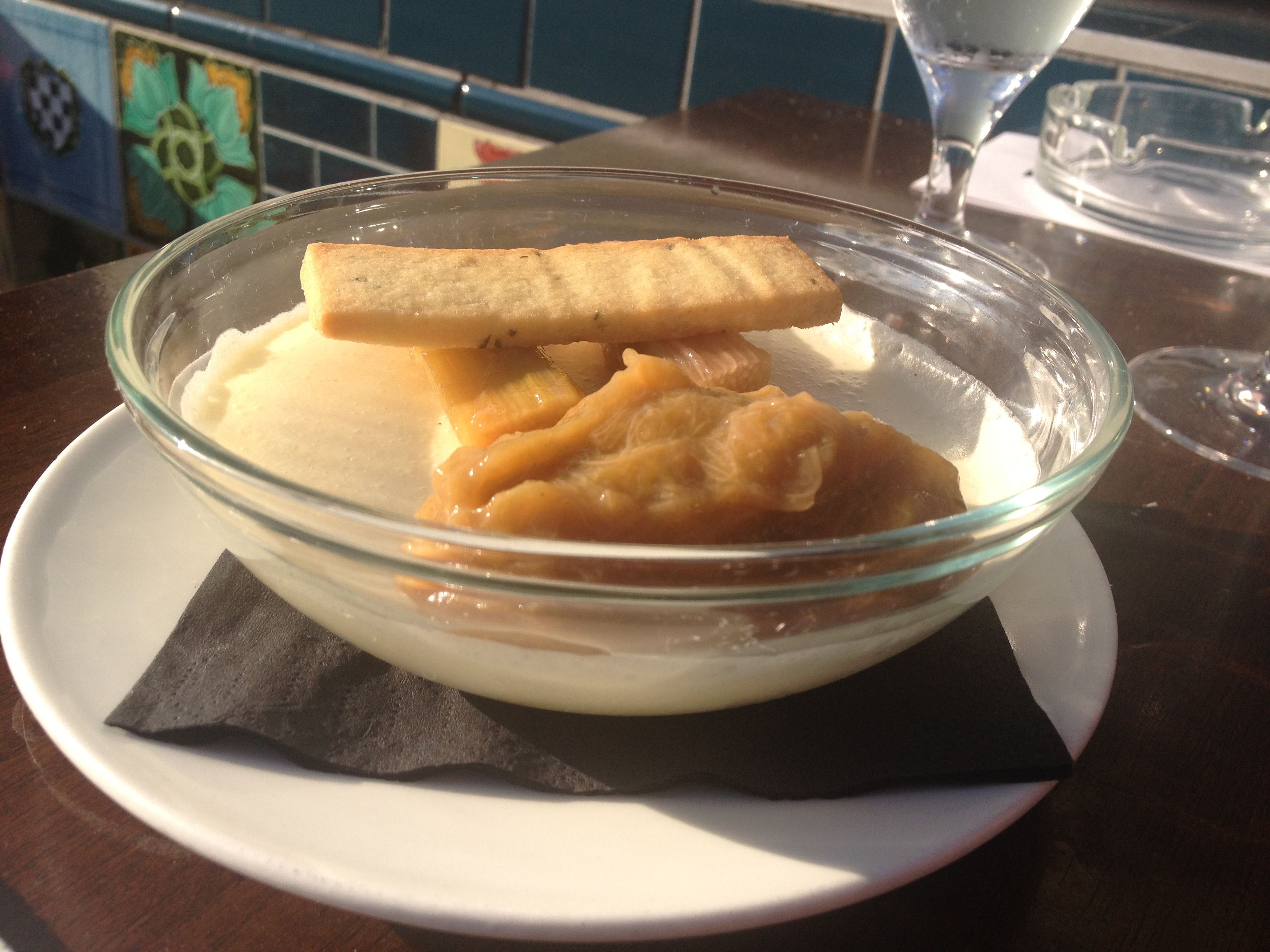 The dessert was a load of shite. Panna Cotta is the ultimate test of skill and should be served turned out on a plate but by putting it in a glass bowl they chickened out. It would be like serving a creme brulee in an ice cream cone. Stupid. Anyway I couldn't care less because I was lapping up the sun and still drooling over the main course. It was all pricey enough at about €60 including a couple of drinks but well worth a visit. I'd urge you to check this place out because it's a good spot. Couple of small tweaks and a dessert chef and they could be awesome. If you've learnt anything this week don't eat fish on a Monday and Irish restaurants please start using the fucking natural resources around you and stop serving gourmet burgers and chicken wings.

I am only one person eating there on one night and you can't always take the opinion of one person so here are some of the other reviews from people who have eaten there...
Independent
Leitrem Observer
Sayso
Simonseeks

Definitely The Best Steak In Dublin