There are a few simple tests that can help you figure out if a restaurant is good or not... Is it busy? Do they have pictures of the dishes on the menu (big no no for me)? Does it look clean? The best one for me though is are there a bunch of locals in there? When you walk in to a restaurant in Dublin and see Chinese, Indians or Italians eating their own food you know you are on to a good thing.

A few months ago I wrote about the best Pizza in Dublin. I fucked up and got it wrong though. It's a good Pizza and I stand but the fact that I said it was very tasty but it certainly isn't the best. The best pizza in Dublin by a country mile is Manifesto in Rathmines and ironically I discovered it in the comments of that last review when a bunch of people suggested it as competition for the title of the capital's best pizza. I got it wrong and fucked up but sure it's my blog and I'll change my mind as often as I want to! As I sat down at the table there were six Italians beside us presumably talking about bunga bunga parties, where to buy new designer sunglasses and the shit food that the local Irish peasants have to eat. They were all lashing into Pizza and red wine so the signs were pretty good that my theory would hold up. 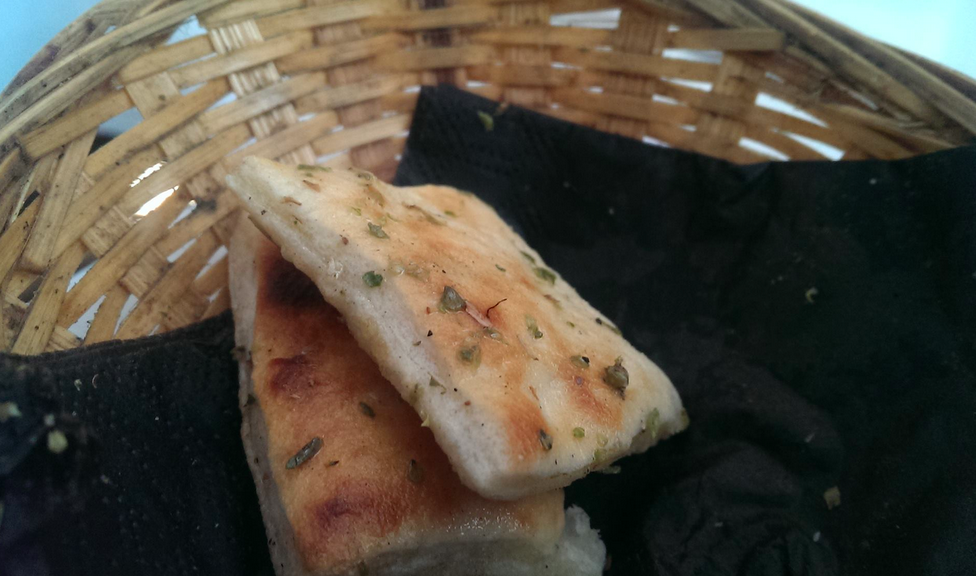 The truth is I've walked past the place a bunch of times but the outside is so nondescript and shitty looking that I never even thought about going in. The decor inside isn't a whole lot better and I've actually been there 3 times now and never been able to take a decent picture because the place is so dark. It has atmosphere though and far more importantly it has a wood fired oven as you walk in the door. A little sign as you walk in the door says they've won awards for being the best pizza makers in the world which is something I'd be shouting a lot fucking louder about if I was them as the place has never been full when I've been there. There is a bunch of starters which you could go for but they always bring you out tasty little dough balls for free so save yourself a few quid and go for those. They also have meats and pastas but with a world champion knocking around going for anything else other than pizza would be like rocking up to a Michelin star restaurant and asking for a curry chip with battered sausages.

We sat beside the oven, So close that you could actually touch it and the fucking thing was roasting. Health and safety would have the shagging thing closed down and the pizzas cooked in microwaves if the fuckers knew it was this close to customers. Like all good pizza spots you can see the guy (I've never in my life seen a female pizza chef, bloody Italians must be sexist!) plying his trade at the front of the room. I could tell the pizza would be good just by looking at him tossing them around. Lovely thin dough, a quick flick of the wrist to add tomato sauce and a few simple toppings with cheese. He was lashing them in quicker than he could take them out and each pizza seemed to be taking about 3 minutes to cook which is another great sign. It was absolutely delicious and oozing flavour. They passed another acid test of mine with pizza which is serving it up with good chill oil and I wolfed the whole thing down. It was a bit of a gimmick and Barry who was with me didn't use it but I have to say I likde the beer glass that was an upside down beer bottle in a pint glass. Random. 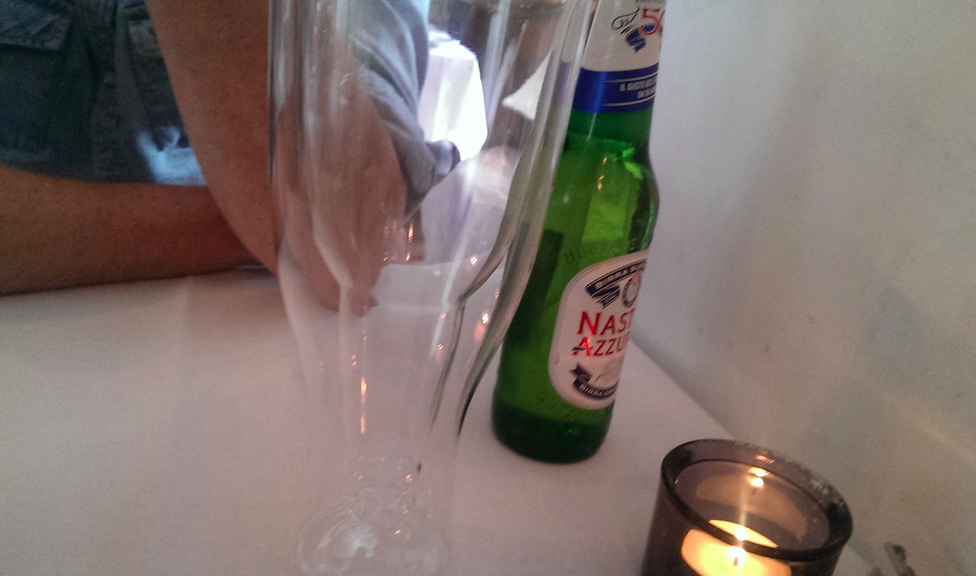 We were in and out in less than 30 minutes and I knew I'd never eaten a better pizza in Dublin. It's an art. Just like pouring a good pint of Guinness and some people do it way better than others. People have been begging me to review this place for months and now I know why. Oozing flavour. Crispy and doughy with lots of classic toppings finished with a deep rich tomato sauce and quick friendly Italian service you just won't get a better Pizza in Dublin. We headed off in to the night with the Italians beside us ranting and raving about Roberto Baggio as they sipped on their tiny delicious expressos flicking their hair around and we could easily have been in Napoli. This is the real deal so check it out.

I am only one person eating there on one evening so in a bid to give a little balance to the review here are some other takes on the place.
French foodie
Caitrionaw
Independent