Eating in fine dining restaurants at lunch time during the week is usually a bad idea. Having been a chef I know how it works...Apart from the really busy places most fancy spots are dead with a handful of customers at lunch time. What you don't see out the back in the kitchen is the chefs busily getting ready for the evening rush. Butchering beef, gutting fish, cleaning mussels and the likes. Doing the dirty jobs or the "prep" as it is known in the trade. Lunch customers are usually a complete pain in the ass. When you see a docket coming in to the kitchen at lunch time as a chef your immediate reaction is "oh for fuck sake the wankers". Everything you need including the garnishes, herbs, meats and fish are at the back of fridges and need to be dragged out. Menus are often a mish mash of whatever shite is left over from the night before. Lunch for chefs in a fine dining restaurant are basically a head fuck. A necessary evil to bring in a few more quid. So when I headed in to town for a bite to eat on a weekday I was after something casual like a burrito but everywhere was rammed. As I strolled along South William looking for somewhere quiet to do some emails I spotted the brand new Damson Diner. I was the only person in the place at one o'clock so it is fair to say I wasn't expecting much. 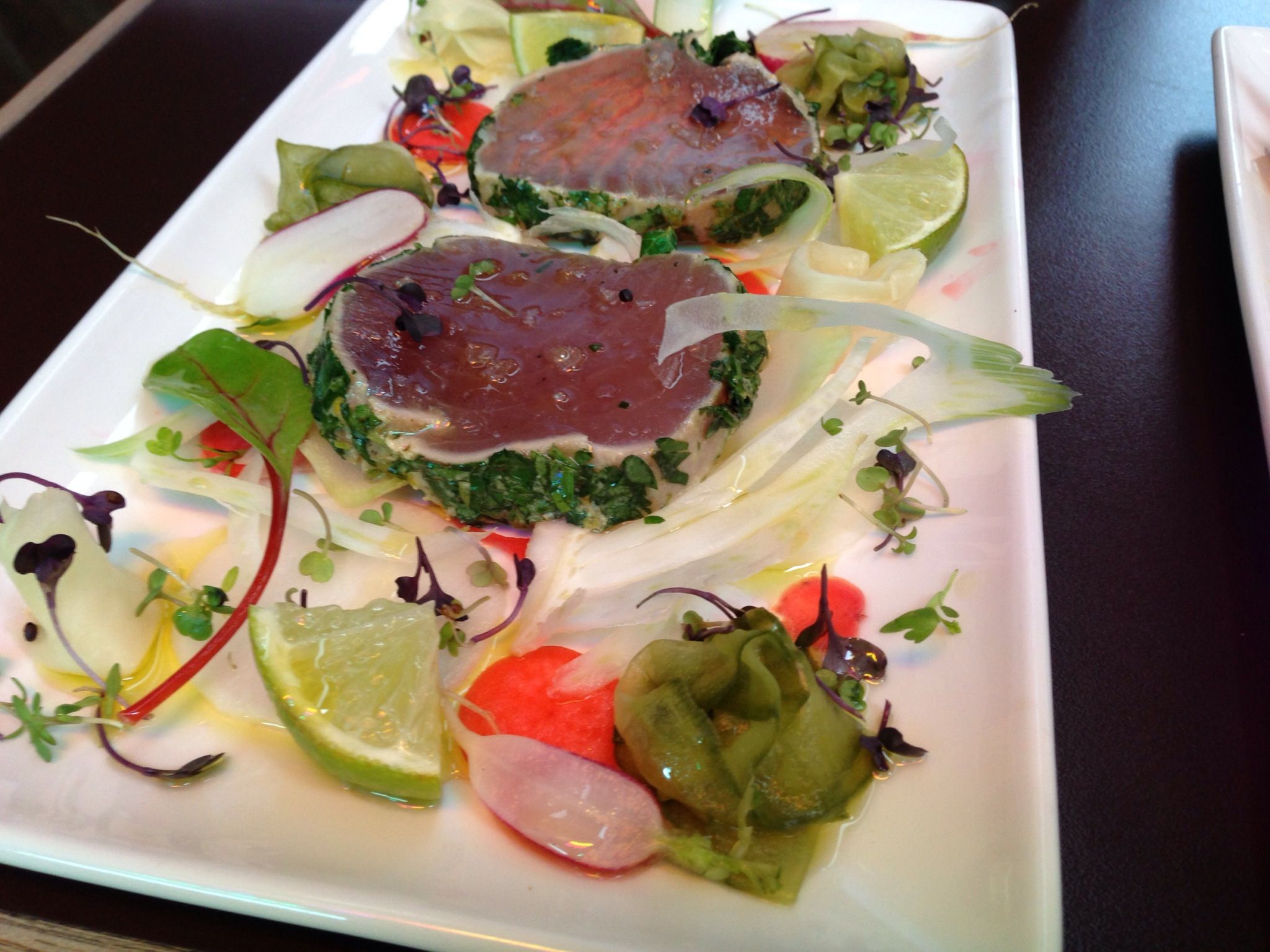 For those of you that remember this is the old South William Bar which was a cool joint that had Brazilian influences but which never really took off. It's had the stale Mojito and puke smell washed out of the floorboards and has scrubbed up well. Uber trendy. As I sat in the window seat I decided it is still one of my favorite windows to sit in people watching on what is easily the coolest street in Dublin. I went for two starters which is a great option if you want to get some different flavors without feeling like shit for the rest of the day. I went with seared tuna with pickled ginger, radishes and fennel. This was one of the best, freshest and tastiest dishes I've ever eaten in Dublin. It was extraordinary. The little things like makng their own picked ginger instead of being like every other lazy bastard and getting that nasty pink stuff out of a jar. The fact that the tuna had been seared for a remarkably thin 2 millimetres. Light, subtle, fresh, crispy and bursting with flavors are just a few of the words I'd use to describe this dish. You'd have to taste it to believe it. It felt as if a team of 5 chefs had been working on this masterpiece since 6am in my honor. I've never taken LSD but if it came in the form of mouth fulls of food then this must be what it would feel like. Each mouthful took you to another world. Superb. I also had a few prawns with crispy chili batter which were deliciously light and succulent. Spicy without blowing your head off. Two dishes so pretty and tasty you'd want to eat them every day for the rest of your life. 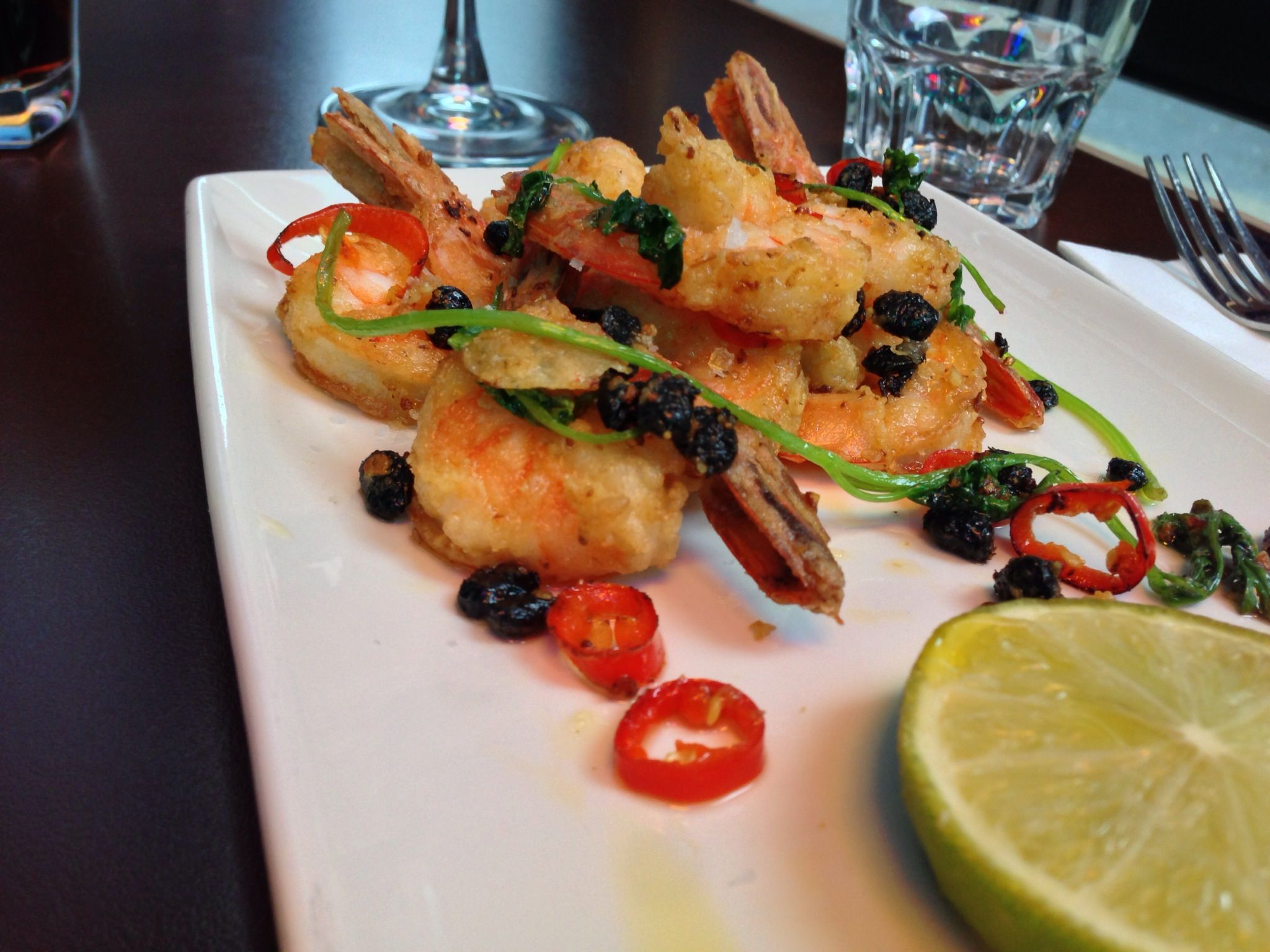 The waiters were shooting pictures of a cocktail (Check out the their Facebook page to see how a restaurant should be using the social network to show off their pictures) at a table near the bar and once they had finished they kindly donated it to me. A lychee Daiquiri to celebrate the Chinese New Year no less. As if there weren't enough stunning flavors in my mouth this was the cherry on top. The perfect balance of flavors made using green tea syrup and lots of other stuff which I forget. 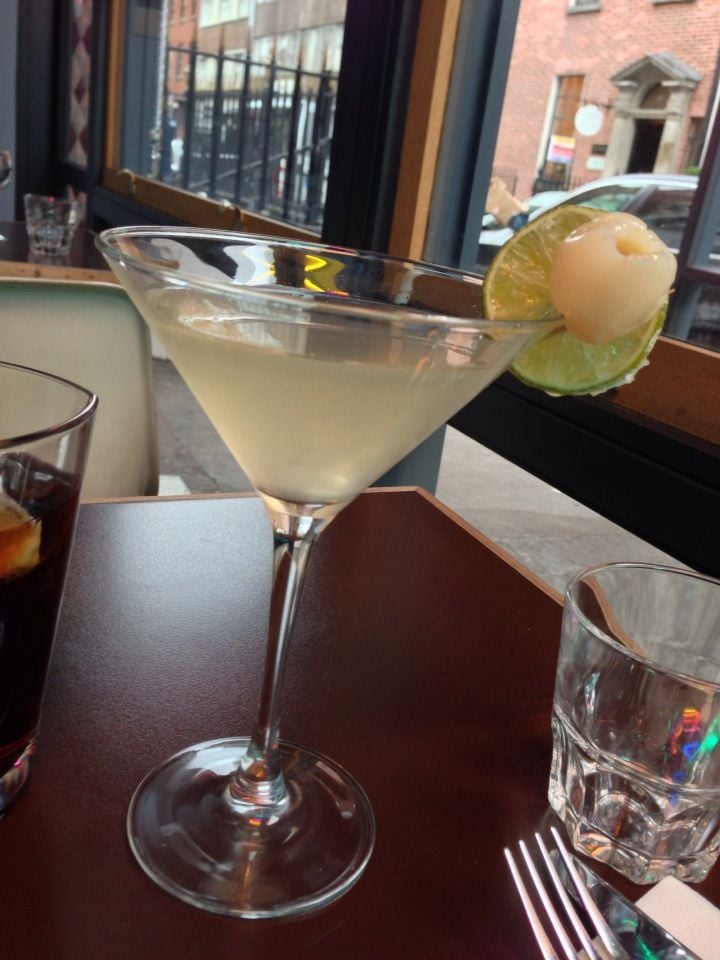 When I walked out of the Damson Diner I tried to think of a word that best described the experience and the best I could come up with was exquisite. I looked it up online and the exact definition from a dictionary summed my meal up perfectly...

Marked by flawless craftsmanship or by beautiful, ingenious, delicate, or elaborate execution

This place is special. Maybe not the best in town but certainly the most exquisite. Check it out.

I am only one person eating there on one single night and to give some more balance here are some reviews from other bloggers who have eaten there.
Evening Herald
Cheeky Cooks
Dublin Duchess
Girl Eats Dublin