It's safe to say that the whole world has fallen in love with Mexican food, (or our variations on Mexican food!).

If we aren't eating burritos for lunch, we are out sipping margaritas or wolfing down guac in the evenings.

Despite all that though, we don't cook that much of it at home. But don't worry, this recipe is here to change that. It's so easy you'll be whipping up Mexican feasts in your own kitchen in no time!

The better quality beef you can get the better it will taste. I've gone with fillet which is a bit on the expensive side but if you want to save a bit of cash a nice sirloin would work too. Slice up the onions and the red peppers. 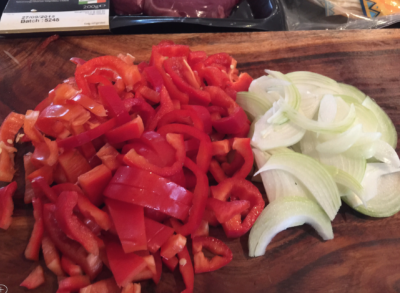 Lash them into a pan over a medium heat with some oil. We want them to get sweet nice and gently without any crazy heat. Peel the avocado and remove the stone. Make sure you get one of the "ready to eat" ones in the shop as those rock hard ones will ruin the whole dish. 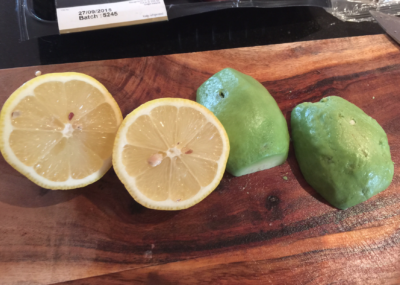 Chop the bastard up and squeeze the lemon over it. 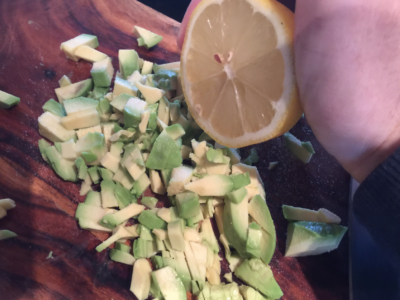 Pop it in a bowl with the lemon for later - it's good to have this ready early. 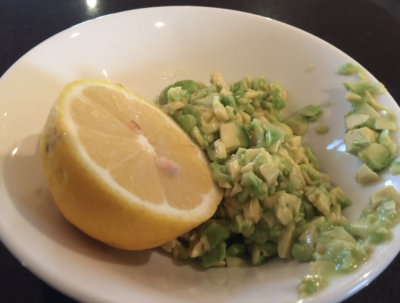 Slice up the beef, nice and thinly so as it cooks quickly. Season it with some salt and pepper. 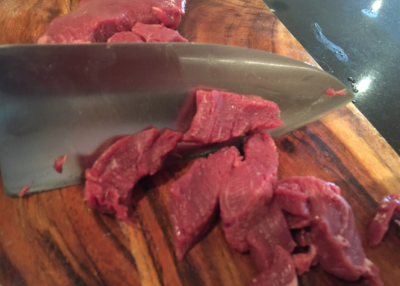 When the peppers and onions are soft move them to one side and crank the heat right up to a max before lashing in the beef. The beef only needs seared on the outside so will take about 90 seconds. Keep it moving around the pan all the time. Lash in the salad leaves. You could easily use rocket or spinach at this stage as a substitute. 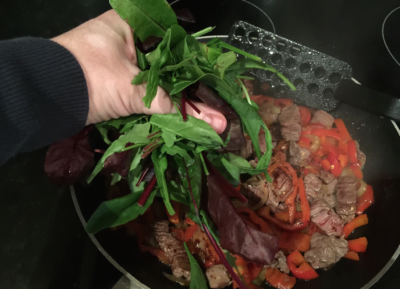 Whip the mix straight off the heat and out of the pan into a dish to cool down. When the frying pan has been wiped out, pop the flour tortilla in and start warming it up. A low to medium heat works best at this stage. 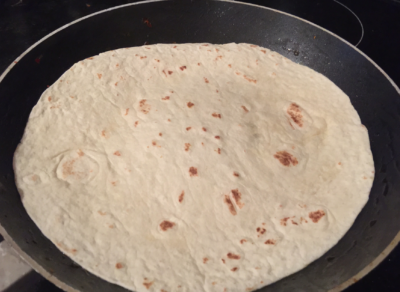 Throw the mix in on top and spread it around evenly. Next add a generous amount of cheese. Pop another flour tortilla on top. After about two minutes (have a peek under the tortilla to make sure it is browning up) use a plate to flip the whole thing over in the pan. 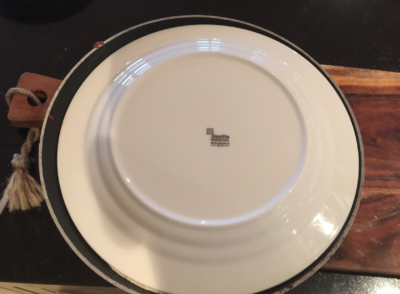 It should be golden brown after you have flipped it. It will take another 2 minutes to achieve this on the other side and for the cheese to melt on the inside. Whip it out onto a chopping board and cut it into triangles. 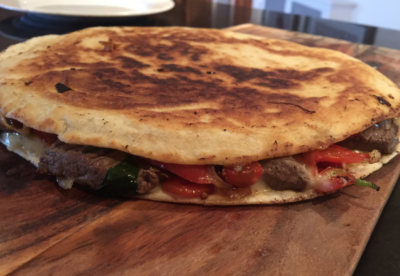 Serve it up on the plate layered with the avocado as a perfect side to dip the triangles into! If you aren't sharing the other half is perfect for heating up in the oven the next day for lunch or dinner. 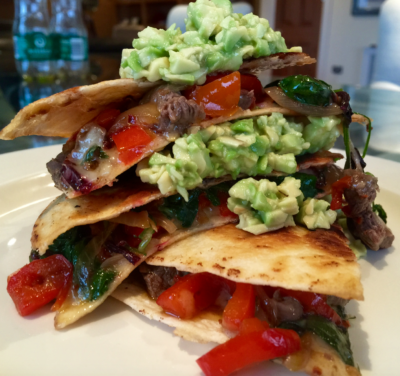 Look at that, perfect Mexican food at home! Now it doesn't get much easier than that... Once you learn the technique you can mix it up with pretty much any ingredients you want.

There is absolutely no excuse to be out eating Mexican food and paying a fortune for it because now you can make these bad boys! Delish.