When I started catering college at 17 I got bored pretty quickly. They basically give you a full 3 hours to make a pot of soup for 4 fake customers and teach you theory about salmonella, Ecoli and other irrelevant shit like that. I wanted to learn and get to the top fast so I decided to find one of the 3 best restaurants in Dublin and get a job there in the evenings. At the time those restaurants were Thorntons,
Patrick Guildbaud and Peacock Alley. First stop was Thorntons and I met Kevin Thornton while outside reading his menu and he told me he'd love to have me but was full and sent me off to Guildbaud telling me to avoid Conrad Gallagher in Peacock Alley at all costs. I got a job with Conrad Gallagher (not a man to turn down free cheap labor) but before that I stopped off at Patrick Guildbaud to see if they were hiring. Kitchens usually have a back door entrance but I went straight for the front door to chance my arm. That was my mistake. A snooty doorman half blocked me and then the restaurant manager turned me away while looking down at my runners and jeans in disgust. Fuck him I thought. I don't want to work with arrogant pricks anyway. So it took me a full 15 years to come back to the restaurant as a punter... We went for the set lunch menu. 50 Quid for 3 courses which is super value for a two Michelin star establishment. In fact lunch time is the only time to eat in most of these places if you want a bit of value. The meal started with 3 different people shaking our hands including famous owner Patrick Guildbaud himself, a nice touch and something that makes you feel like a rock star when done properly. We ordered and were brought out a little tasting dish of salmon with wasabi and creme fraiche. Nothing special at all. Tasted like any old piece of salmon. It was a bonus course but I'd rather have nothing than have a shit freebie. To start I went for Pig's trotter croquette with potato salad and quail's egg and as you can see at the top of the page it was as pretty as a picture. It was elegant, just on the right side of rich, packed with flavors and wonderfully unusual. A Triumph. 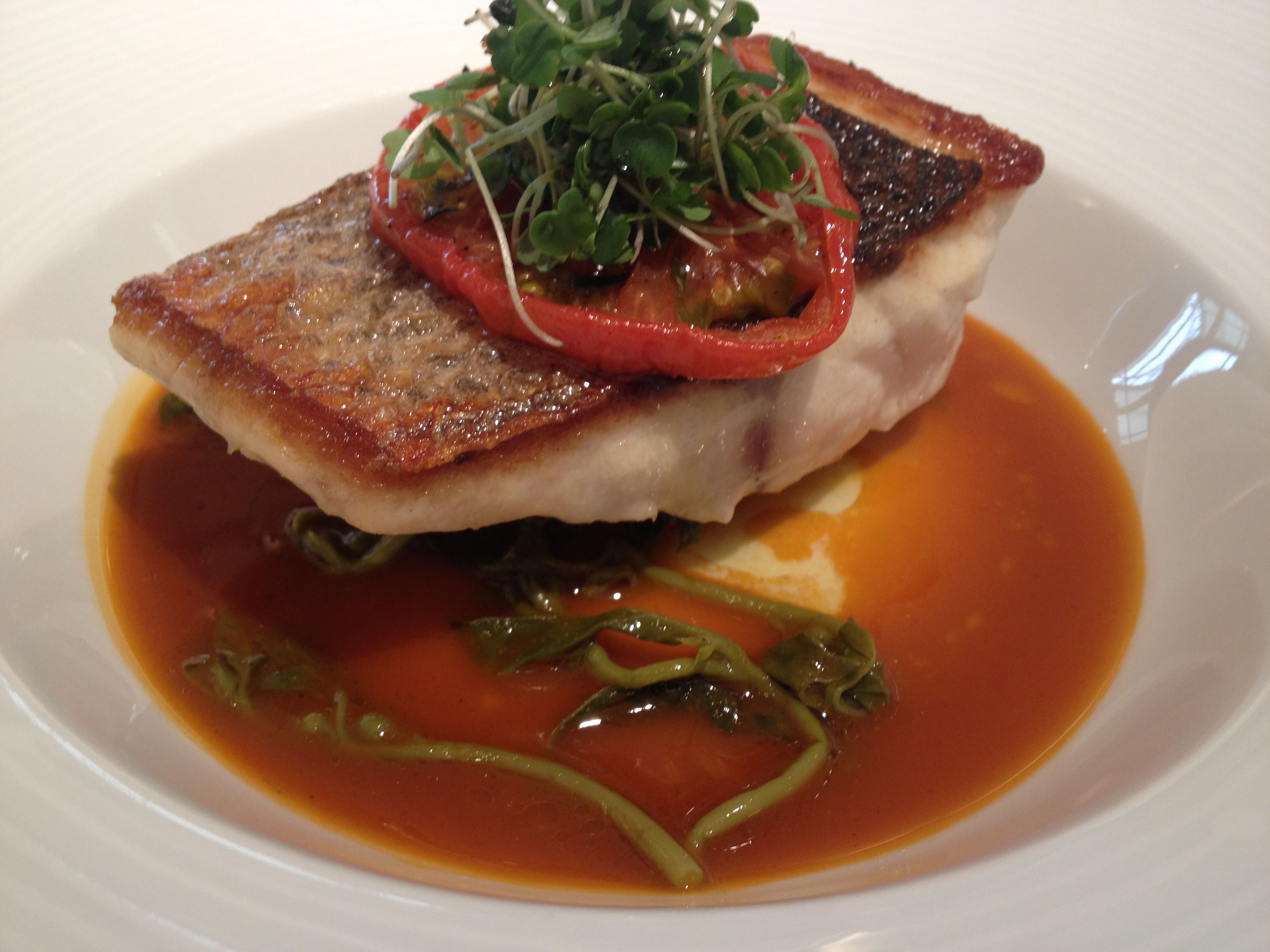 Next up a perfectly cooked piece of wild sea bass with bouillabaisse bisque and some tasty tomatoes. Simple, faultless and lovely clean flavors. It was screaming out for a glass of wine to make it even better but I was stuck on the orange juices. The veg served with it were as classic as it gets but as far away from the similar selection served in every Irish hotel as you could ever get. Everything about the main course screamed perfection. Perfect cooking technique yet it lacked a little wow. I was perfectly happy but hardly punching the air with delight at eating two veg and spuds no matter how good they tasted. 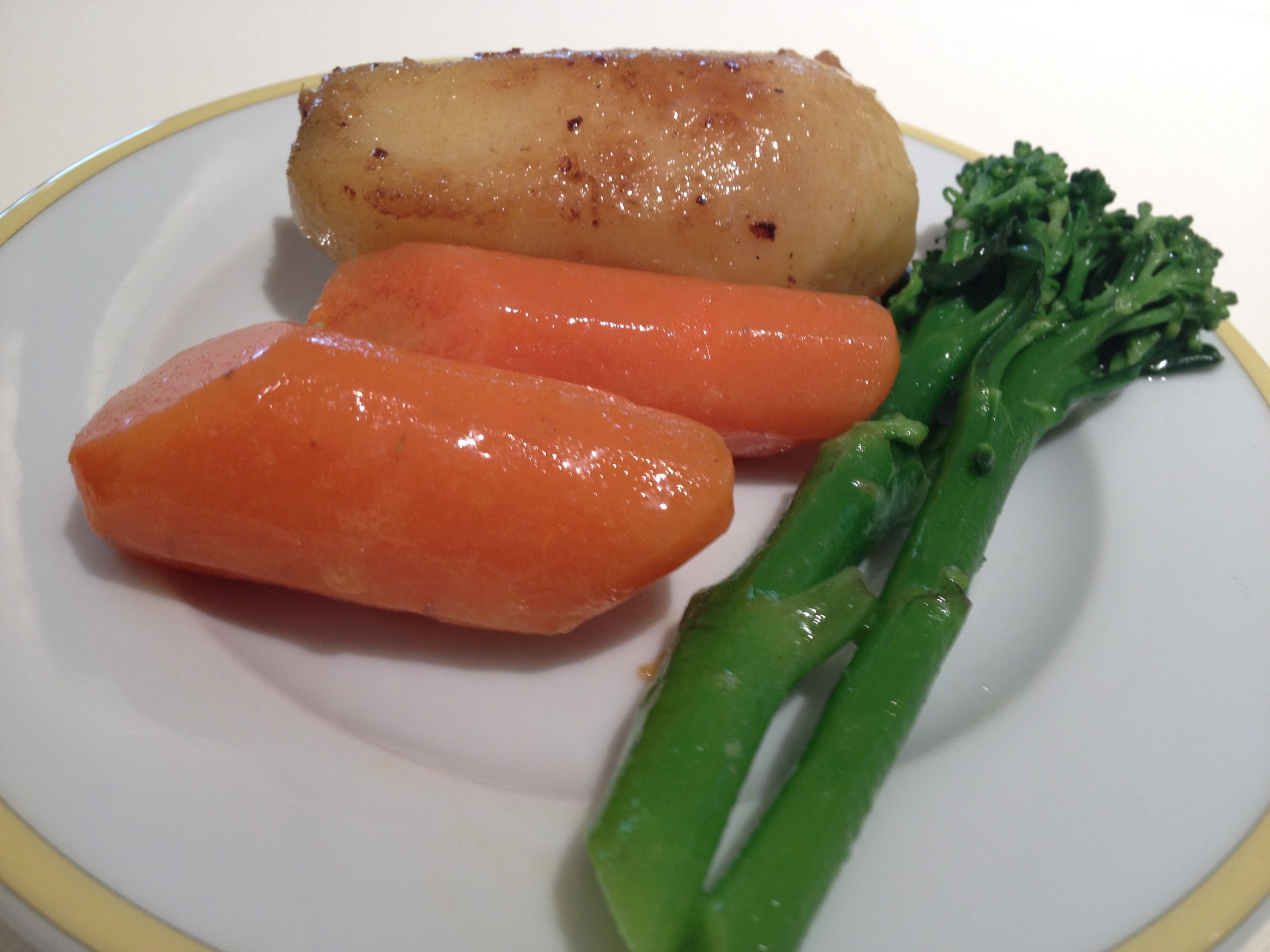 When you get to this level of cooking desserts will usually blow your mind. This one didn't really but the finesse in putting it together and presenting it was stunning. At the end of the day it was just vanilla parfait with chocolate and ice cream. Again perfectly tasty and wonderfully executed but didn't blow my mind. 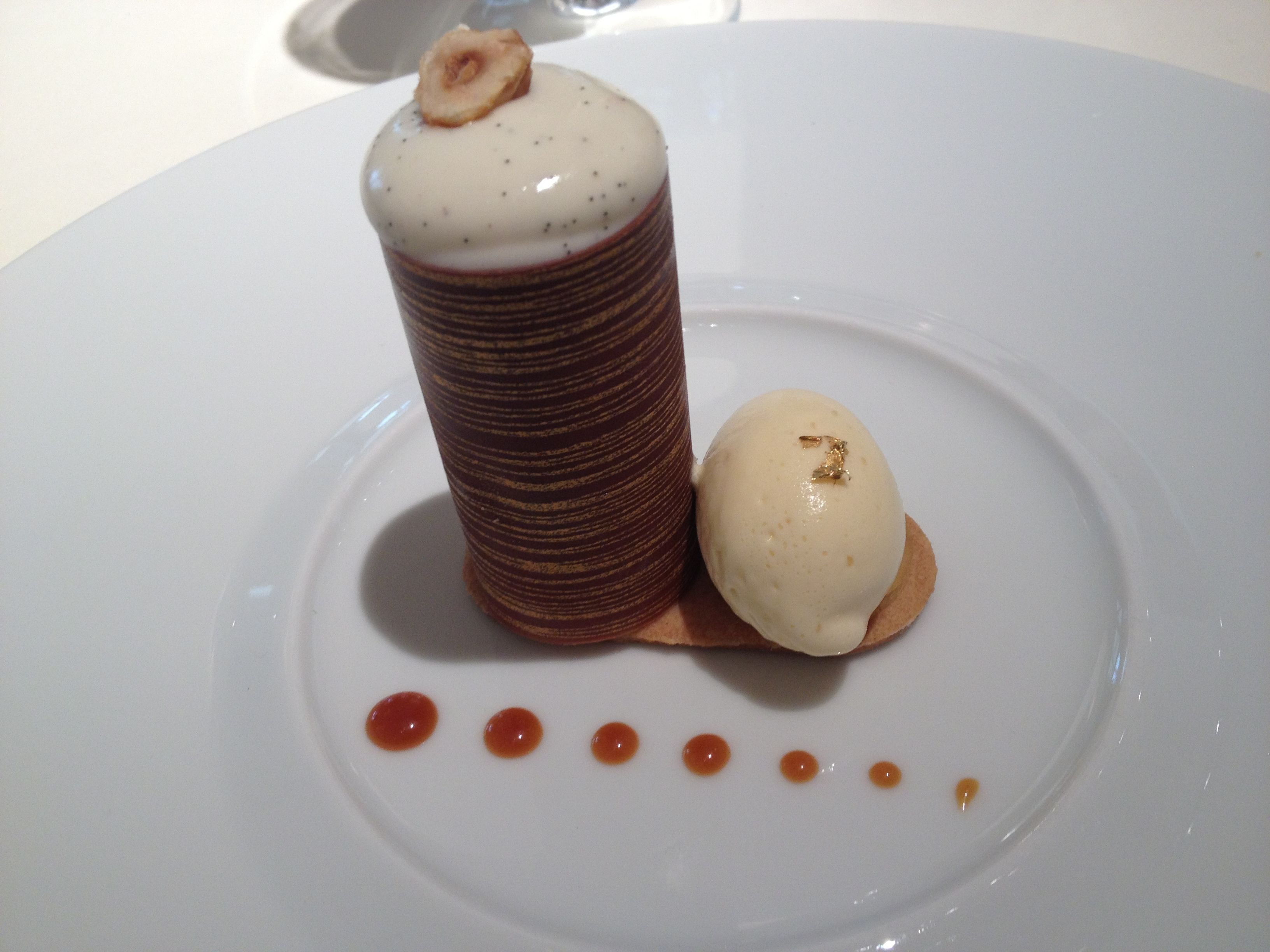 Petit Fours came with the coffee as part of the deal and they were probably the best part of the whole meal. If there was one tiny fault and something that shouldn't happen in a place of this level was that 5 petit fours doesn't divide in to 3 guests properly and we had to argue over the last one! Apart from the food the service was outstanding. It's the one thing that people always notice when they go to Michelin star restaurants for the first time. The details. The little things like waiters being there to help you out of your seat when going to the toilet. The person appearing from nowhere to top up a glass. This is military precision of the highest level and you wouldn't find anybody working as professionally in the rest of Dublin in any trade. 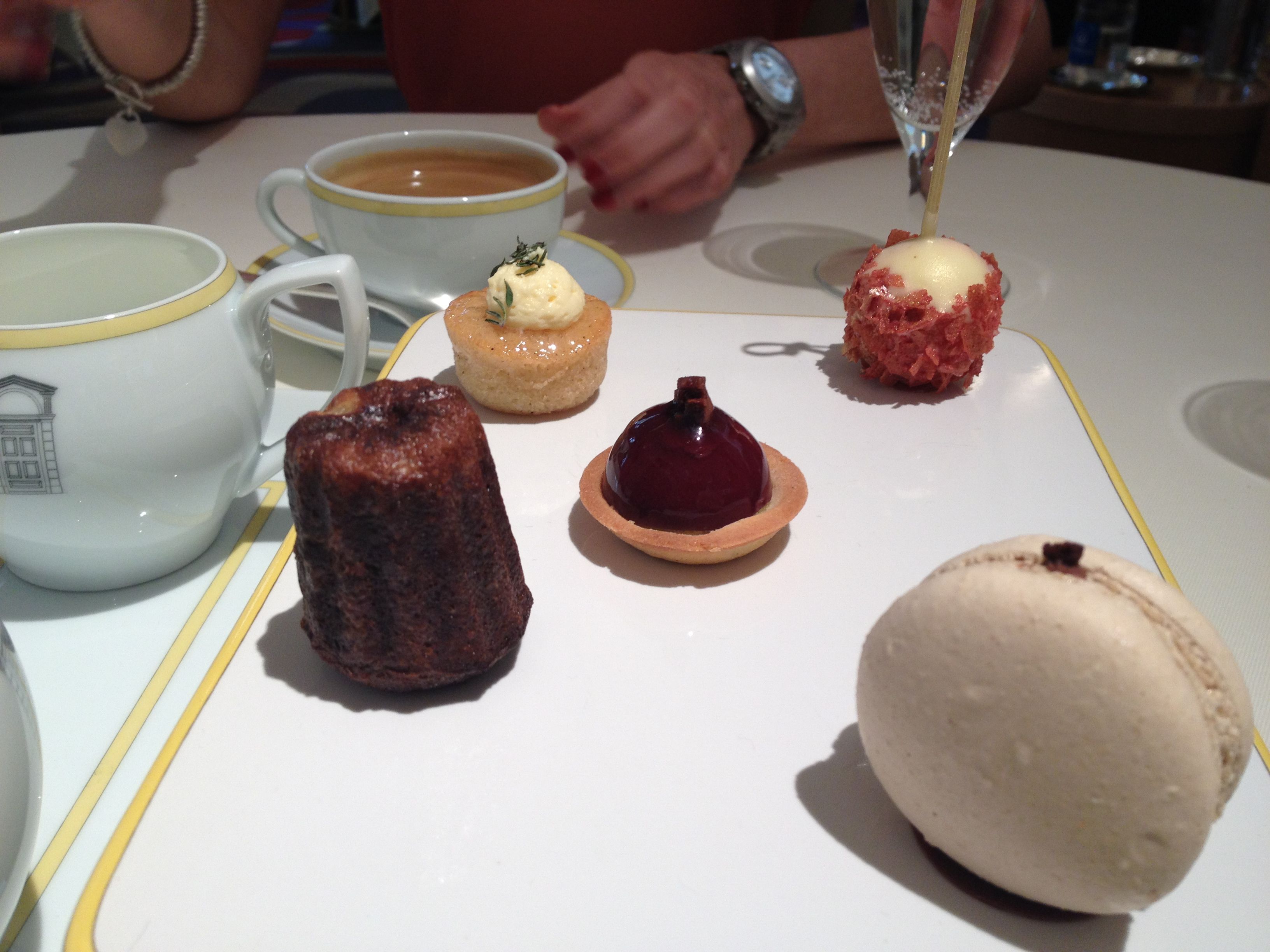 So the food was faultless without being mind blowing. The service was second to none. The room elegant and beautiful. I couldn't find one issue with any of it technically but I just didn't have my breath taken away. It was only €170 for 3 of us and it's a meal that everybody should experience at least once if they live in Dublin. I won't be back though because there are at least 10 other fine dining restaurants I'd prefer to eat in. Maybe it's the fact that I just wasn't blown away or maybe it's the fact that the grudge after all those years still hasn't worn off!

I'm only one person eating there on one day so it's important to get some other opinions so here are some other people who have reviewed the place...