Behold, another Dublin 'best of' list. We share these features with a note of subjectivity; you might like some of these bars, you might think we're just batshit crazy for including certain others, but as ever, feel free to add your own thoughts underneath, free world and all that. This time we're talking craft beer and where in Dublin you'll find the tastiest brews. We've recruited Vice President of the Ladies Craft Beer Society, Doerthe Woltermann for this one, so you know she knows her shit.

Against the Grain was the first pub opened by The Cottage Group (Galway Bay Brewery) in Dublin in 2010. They must have done something right because now there are five!

Galway Bay’s head brewer Chris is only 23 and has shown some serious talent with beers like "Of Foam and Fury" which, according to anyone who knows anything about craft beer, is the best craft beer ever made in Ireland.

Against the Grain is great because it often gets rare special beers that are not available anywhere else in Ireland. Another plus is their monthly pub quiz called “Against the Brain” which is extremely popular and really good fun. There's exciting news of a new food concept to come soon, which focuses on a cuisine that is not being done in Dublin at the moment. If they pull that off, it will be the best thing about the place and a really brilliant thing to have in Dublin! 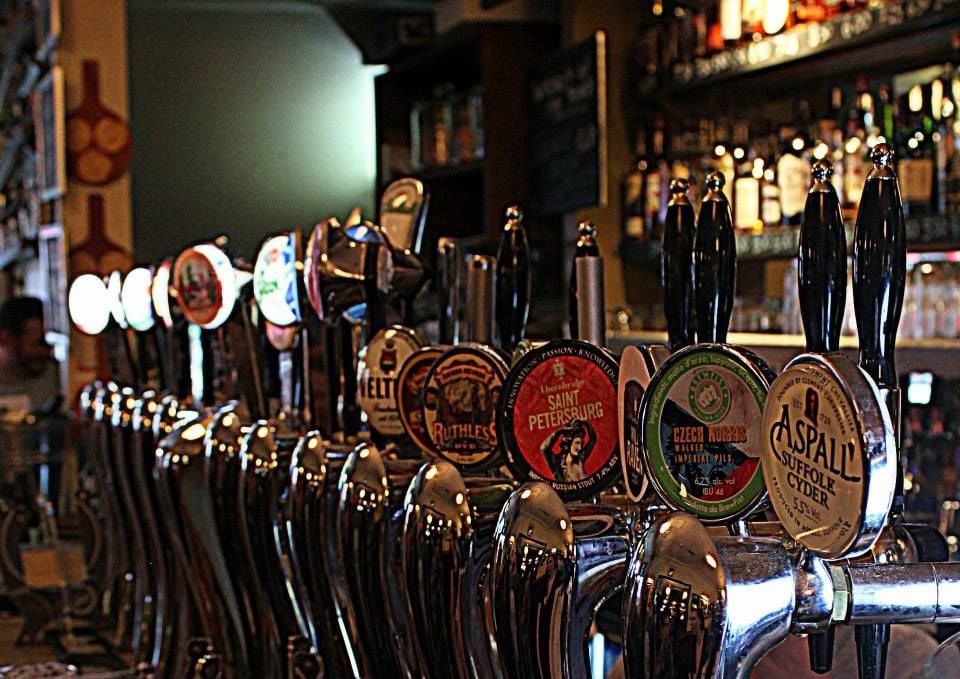 This pub is quite new, near Harold’s Cross. Here they’re all about having tons of Irish craft beers on draught and using Irish produce. There are lots of nooks and crannies in this place, besides the usual tables there are couches and comfy chairs to relax in with your papers and pint on a Sunday. They are planning to get their kitchen up and running soon. In the meantime they are doing “Pie and Pint” deals and amazing cheese boards! This place is great if you live or work anywhere near Clanbrassil Street, but even if you don’t, it’s well worth a trip. 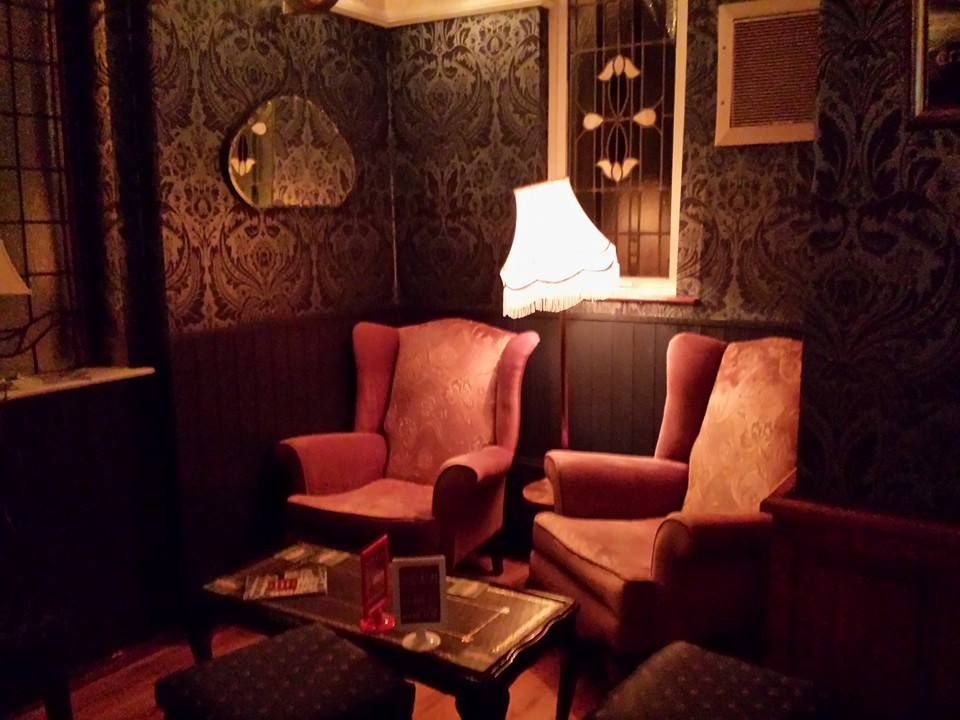 Porterhouse opened as a brew pub in 1996 and was the first craft beer pub in Dublin by many years. They used to brew their beer on site, and parts of the brewing equipment can still be seen in the pub today. Porterhouse is the best craft beer pub to bring visitors to. They love the hundreds of beer bottles from all over the world that the place is decorated with, the live music played on a stage in the centre of the building, and the traditional Irish food available such as stew, bacon & cabbage and fish & chips. 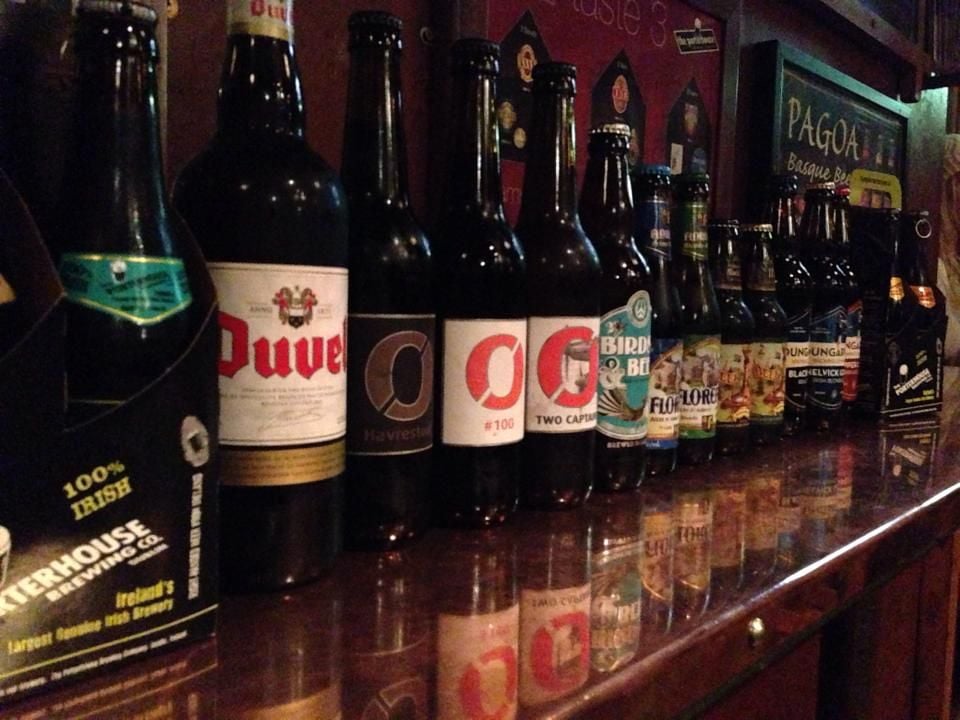 This place has the nicest staff on the entire planet. Everyone is friendly, sound, welcoming and enthusiastic about craft beer. They make people feel at home and are happy to answer any questions about the beers on offer and to give you samples of the draught beers to help you make up your mind. Another huge plus are the transport links: This place is literally on the platform of the Busaras Luas stop, right beside Busaras, across the road from Connolly Station, and 10 seconds from lots of Dublin Bus stops. No one has an excuse NOT to give this place a try. Their Oktoberfest was brilliant last year, hopefully it’ll return this year. It's also close to the IFSC, CHQ and the Convention Centre, so it’s the place to go after all the beer festivals happening in those venues. 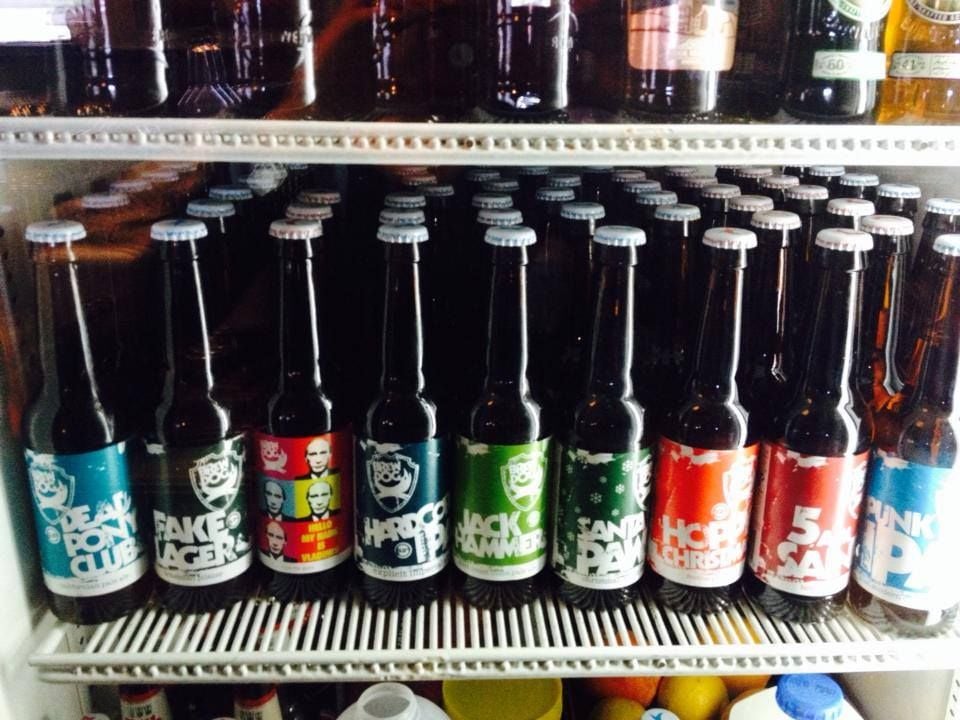 Formerly known as Messrs Maguire, this place is great because they brew their own beer on the premises. You can book tours of the brewery and learn about how they make the beers, or a “Brewmaster’s Dinner” to see how their beers pair up with food. Another great thing are the unbeatable prices of their own beers: 4.00 for their Pale Ale and 4.50 for the other Sweetman's beers. They often do seasonal specials and their whole range is extremely good quality. The place is huge, there are 3 floors and there are great spaces available for reservations upstairs. The food is very good as well, and from the upper floors you have amazing views of the Liffey, O'Connell Bridge, Spire, and O'Connell Street. Another thing is that unlike most other craft beer bars, they also sell non-craft beers, so even if your mates have not awoken to the loveliness that is craft beer, you’ll have a very easy time getting them in here. Lots of screens as well for watching matches. They open late, too. What more could you ask for? 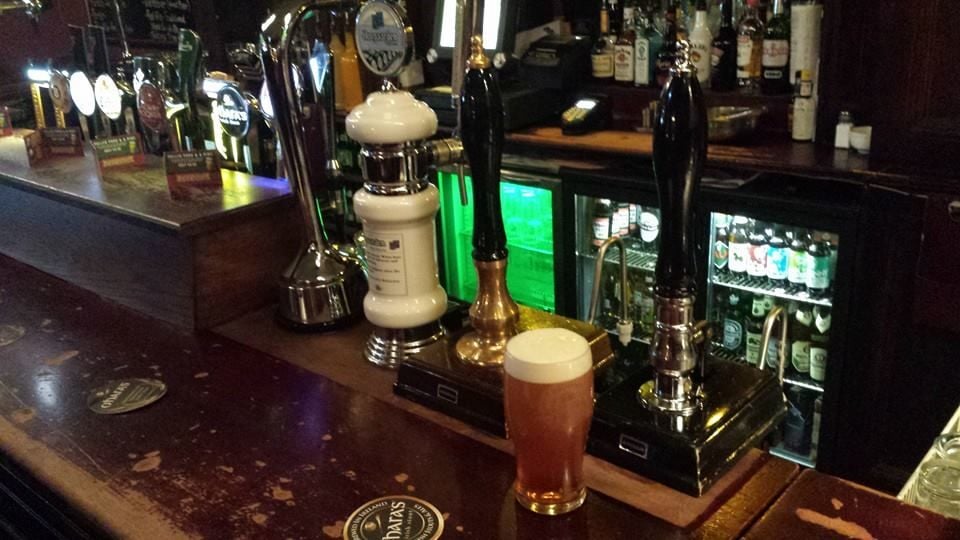 This place is great if you’re looking for somewhere resembling a German beer hall. It’s the only place in Dublin that sells beers by the Maß (this is the proper word, "Stein" is wrong!!!) They're owned by FXB so obviously the meat used in their food is amazing and their burgers are delish. There’s a proper restaurant downstairs, and bar food upstairs in the Beer Hall. This is the place to go if you’re looking for somewhere to bring a huge group to watch a match. The atmosphere on match days is amazing. Book a table though, it’s always jammers!

Another Galway Bay Brewery pub, this place is great if you want to try some beers on cask. They have 4 cask engines and there is always something interesting to try. They’re popular though, so get there quick if a special cask beer is announced! It’s very popular with the after-work crowd around Capel Street and the best place to have a pint before and/or after the cinema. 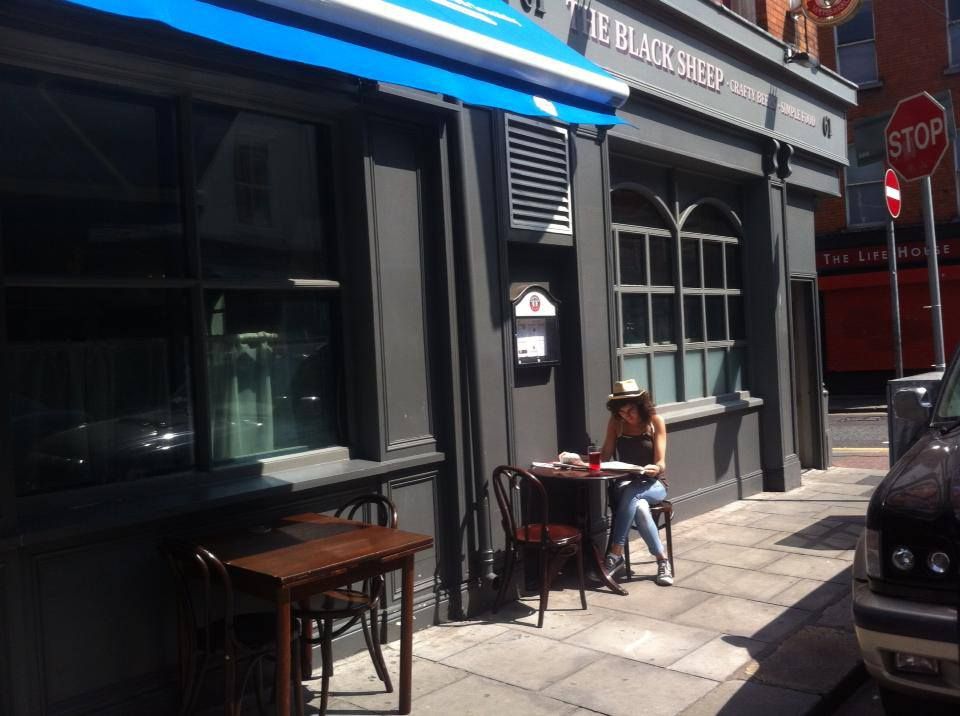 Yes, there is one proper pub in Temple Bar! And they have 28 craft beers on tap. They always have interesting specials and are often the first to have new beers. They have recently started doing "tap takeovers", which means they work together with a brewery each month to get pretty much their entire range on tap. In March they are working with Carlow Brewing Company who make O’Hara’s Beers and have 8 of them on tap, including an all new one! 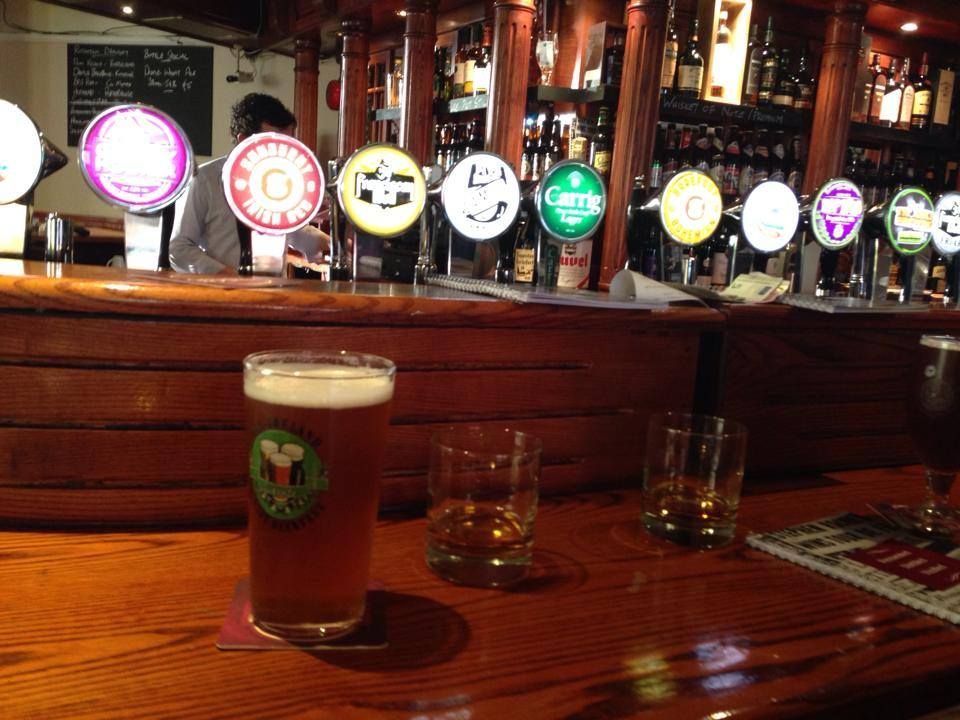 This place is amazing because they have the best food in any craft beer pub in Dublin by miles. This is serious gourmet grub, and they’re big into beer and food pairings, always coming up with deadly combinations. The staff are very knowledgeable and they’re passionate about cask beers and interesting specials. The craft beer world is still mourning the recent, very sudden loss of their sister pub Kavanagh’s which was equally as amazing and a beacon of civilisation in Dorset Street. Try their Sunday roast with the recommended beer and you’ll never spend a Sunday anywhere else again. 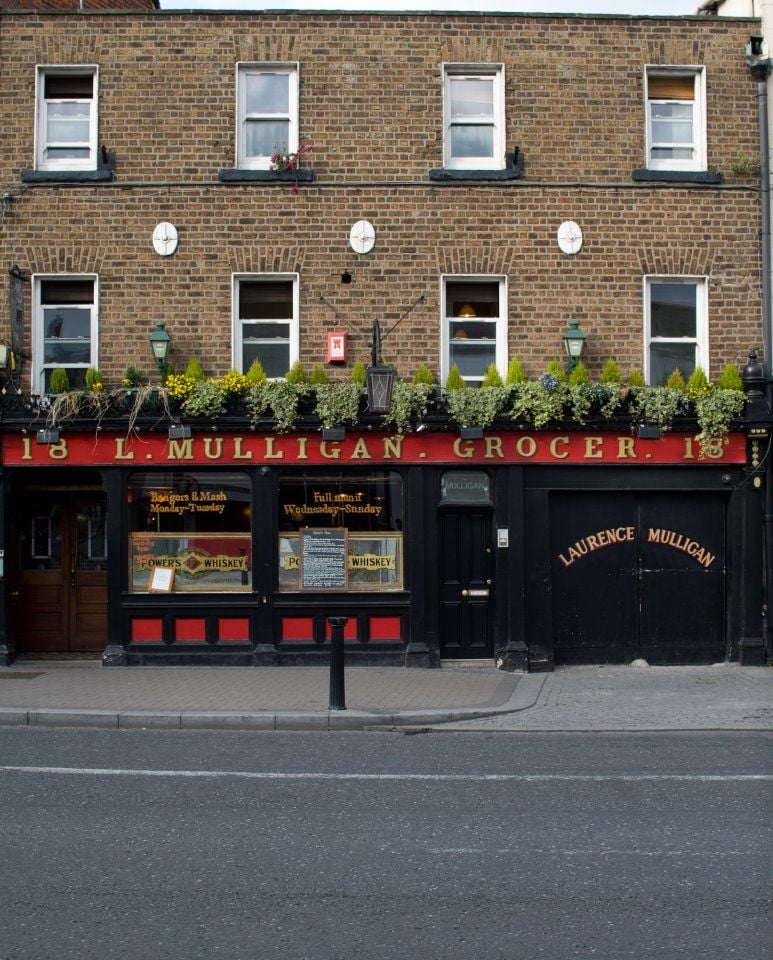 Craft beer in Crumlin? Yes, you heard that right. You have to give it to these guys, they’re doing something that sounds completely bonkers (if not dangerous), and it’s working! They’re forever expanding their craft beer range. They now have 6 taps and lots of bottles. They also have this new “wine on tap” thing that’s all the rage, and they do Pizza & craft beer deals. They’ve lots of screens to watch matches and live music on Fridays and Saturdays. 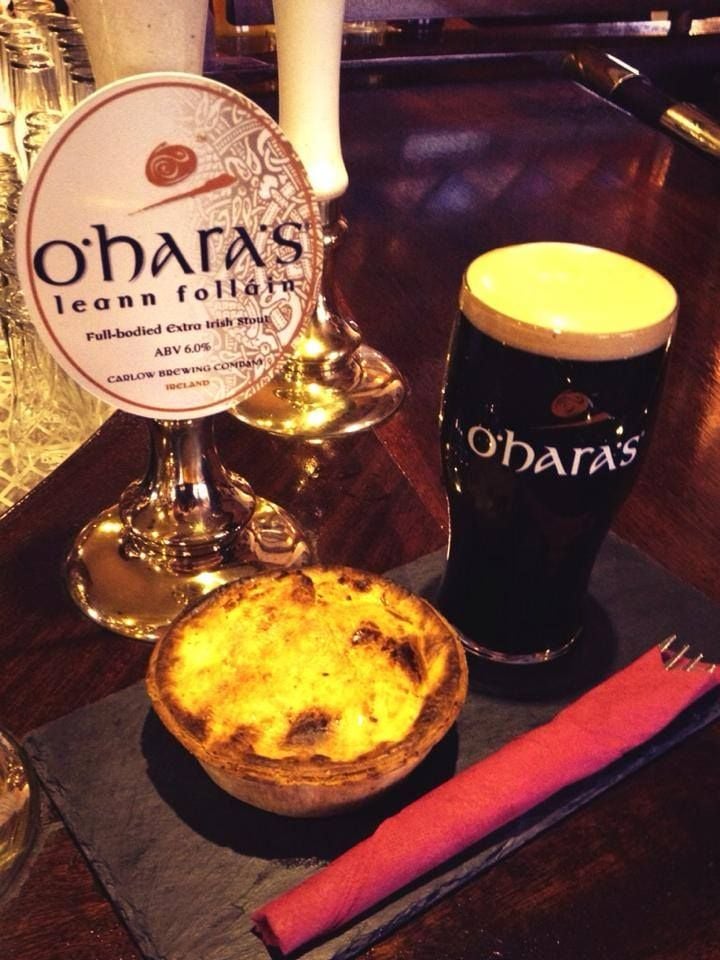 This is your place if you want to drink craft beer in style. It’s the brand new Galway Bay pub in the Hilton Conrad Hotel opposite the National Concert Hall. The interior is nice and shiny and unlike in some craft beer places, you don’t have to worry about your chair falling apart or your bag sticking to the floor. This place is seriously nice and the terrace beside the fountain will be one of the best outside drinking spaces in Dublin for the summer. It’s so great, I almost don’t want to include it in this list so that no one finds out how brilliant it is! We at the Dublin Ladies Craft Beer Society have already declared this our home for the summer. The food is a bit more refined (would want to be in a Hilton Hotel), but still down to earth, unpretentious and great value. The staff are sound and super friendly, just like in all the other GBB pubs.