One of the most dangerous criminals in Dublin escaped this week. Lee McDonnell was able to "slip his cuffs" this week when the IPS (Irish Prison Service) stopped off in a chipper to get the prisoner some food. While prison escapes are nothing new the fact that such a high profile criminal escaped was a pretty big deal. We've been passed information today that Lee McDonnell was considered so dangerous that he was assigned a ERU (armed emergency response unit) by the Garda over the last year. During several moves (to prison and hospital and back etc) he had an armed unit making sure that he didn't escape but we've learned that due to budgetary constraints the ERU were stood down a month ago. This is a man who posted videos from prison of him ripping the head off a pigeon's head, allegedly chopped an associate's hand off and who has over 70 previous convictions. 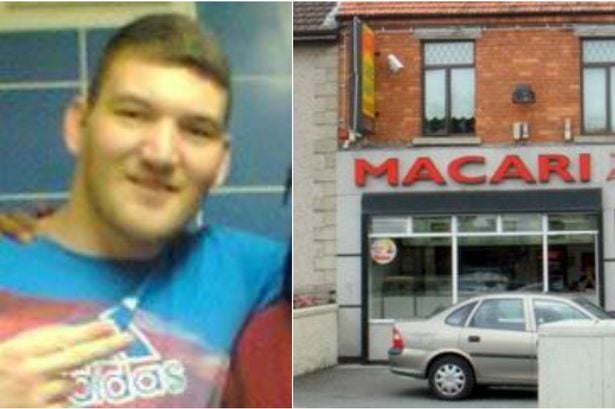 Word on the street is that he flexed bis muscles to have the cuffs loosened and then was able to escape in Inchicore and into Dublin at large. What we are now faced as Dubliner's is a situation where a dangerous convicted criminal is at large in our city because of Garda cuts. Thats is a situation that worries us and something that should be discussed in the wider Dublin community. We totally understand that money is tight at the moment for the guards but when they identify somebody as so dangerous that they need a unit to protect them and are refused that financial backing that is something we need to share.

There will be questions to answer if this man offends again which is highly likely and it will be because of cuts.