The Department of Health confirmed that a WhatsApp message doing the rounds suggesting that a ban on all alcohol would come into effect today is indeed fake.

Many people received a screenshot of what appeared to be a notice on the Department of Health website which stated that from Thursday, it would be illegal to purchase, sell or consume alcohol.

The screenshot, visible below, stated that alcohol would be banned as "it has been found to lower the immune system." 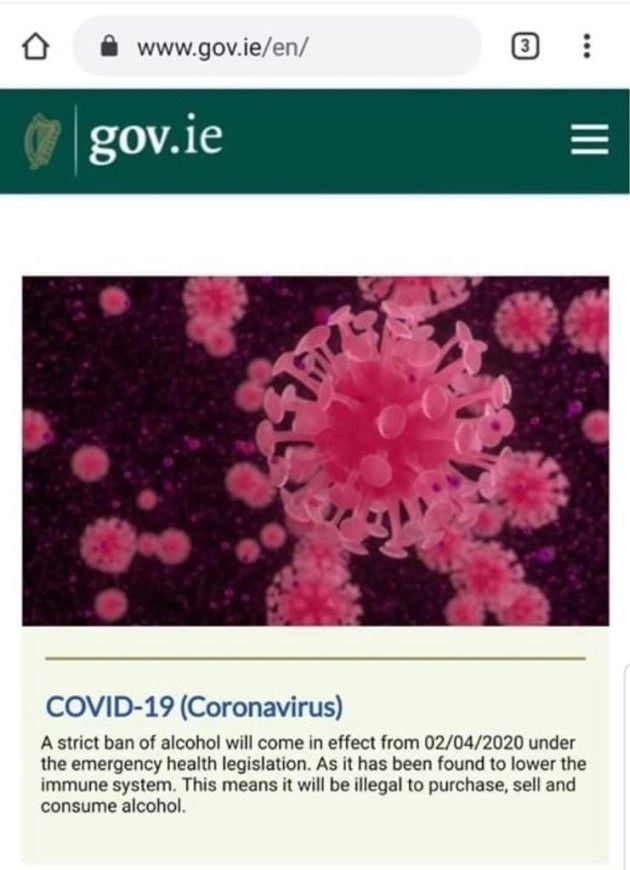 But while pubs will remain closed as the Government attempts to halt the spread of Covid-19 in Ireland, off licences and supermarkets will still be able to sell alcohol as the Department of Health confirmed that the photograph was doctored in what is a hoax message, which they are aware is doing the rounds.

A statement to Lovin Dublin from the Department of Health reads: "This is a screengrab of our website that has been altered. NPHET has not made any such recommendation.

"Retail and wholesale sale of food, beverages and newspapers in non-specialised and specialised stores is included in the list of essential retail outlets remaining open during this time.

"As always, we would ask that people get their information from reputable sources and follow the public health advice available on gov.ie and hse.ie."