We know him simply as 'the guy who slipped on the ice' and there are not many individuals as iconic as him in Irish television history.

The true identity of 'the guy who slipped on the ice' ten years ago today remains a mystery but that doesn't mean that his cultural impact cannot be honoured.

On January 8, 2010, RTE reporter John Kilraine was in the midst of a news report when a gentleman lost his footing on the icy footpath on Dublin City's Church Street. 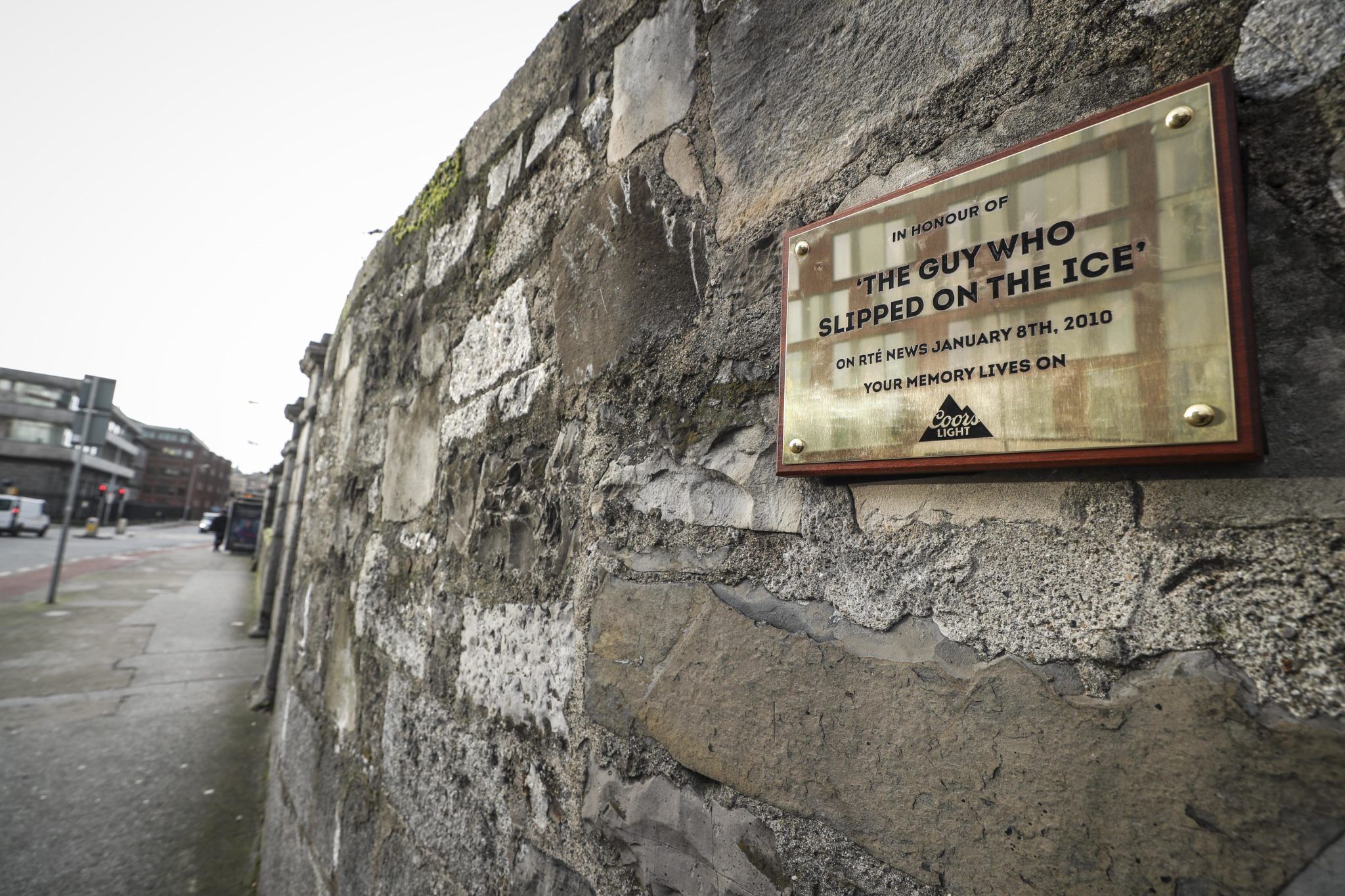 We can't say we blame the man for never coming forward to claim ownership of the slip but Coors Light have now taken the opportunity to mark the anniversary of the unforgettable fall by erecting a plaque on that very street.

Conor McIntyre, Senior Brand Manager, Coors Light said: "There are a few key moments on Irish television that are memorable enough to talk about again and again. We felt this deserved a resurgence.

"We’ve recently completed The Rockies Awards, rewarding victories in life, big and small and we thought this lad definitely deserved some recognition for making it on to RTE News, ten years ago today!"