I don’t know what that shite they serve you in fast-food chains called 'chicken' is, but it sure tastes weird.

A while back I had chicken dipper strip things with my pizza from one of the big chains, and they tasted like such crap that I just thought I’d have to show people how to make better ones themselves. These are 100 times tastier, you know that they are actually made of chicken and as always they’ll be ready in 20 minutes with just seven ingredients.

Try these bad boys and you won’t regret it. Chicken as it was meant to be, before all those chains with their spreadsheets got a hold of it and started serving us processed testicles, or whatever the hell it is…

Start with three plates. Put the egg, flour and breadcrumbs on each. Mix a load of cajun or chilli powder in to the flour. If you don’t like hot stuff don’t bother, but fuck a load in if you like a little zingy bite. 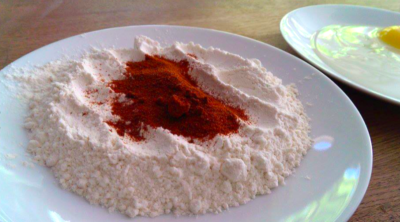 Mix the chilli through the flour, and beat the egg up with a fork. Get the (real) chicken out. 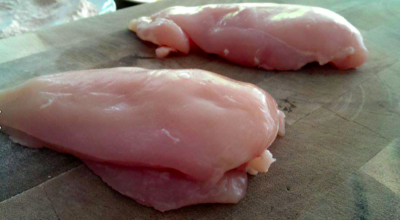 Slice them up in to nice even pieces. You want them to all cook at the same speed here so make them even. If you want more nugget shapes, make them square. 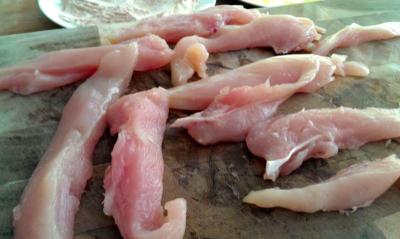 Tip each piece in to the flour. Shake away any excess. This stage can be a little messy so wash your fecking hands first. 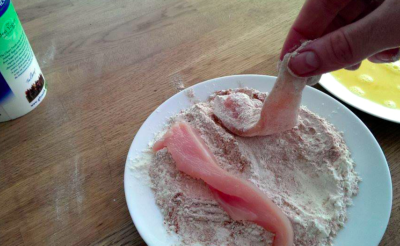 Repeat the same process in the egg. 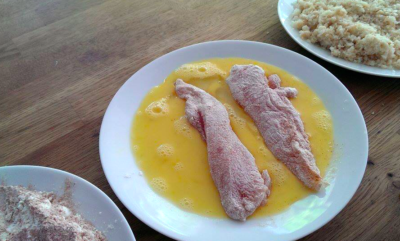 Finally cover them really well in the breadcrumbs. You probably feel like a bit of a magician at this stage. Well done. 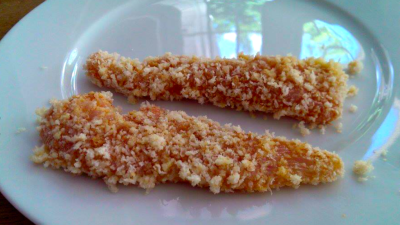 Get them all laid out on a plate and then wash your hands. You don’t want to waste a week out of commission with food poisoning. 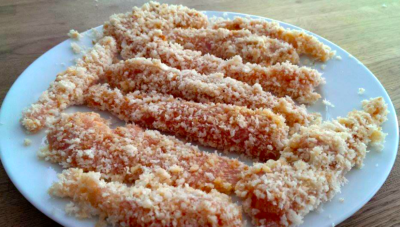 Now for the refreshing sauce. Cut the end off a cucumber. You only need half of it. 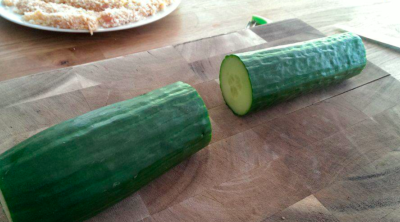 Peel the skin off the bastard in the same way you would a carrot. 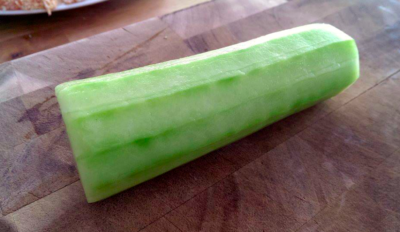 Cut him lengthways in four pieces. 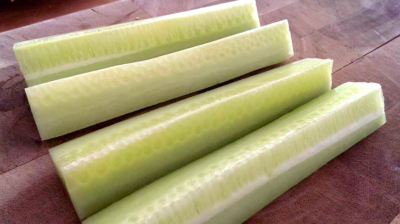 Now cut out the watery shitty seedy part in the middle. Quite a few people don't like cucumber (including myself) but if you do this stage and take the skin off it actually gets very tasty. Chop it all up in to long strips. Cut those strips in to as small squares as possible. Taje your time here, you're not Gordon Ramsay... or me. 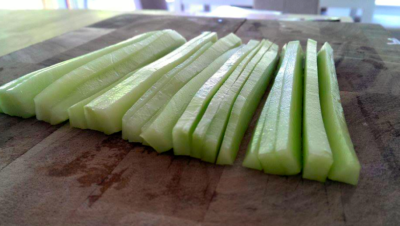 Now, pop all the cucumber in a bowl and mix it with a small enough tub of plain yoghurt. You dont want this super saucy. 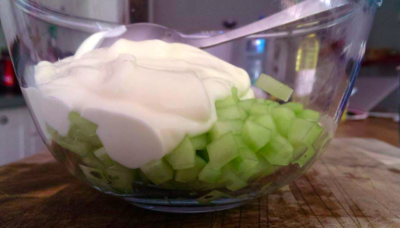 Cut a lemon in half and squeeze it in with the cucumber and the yoghurt. 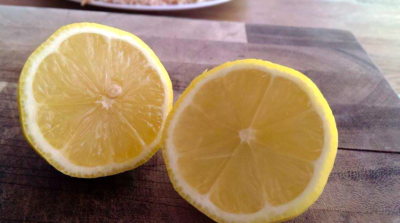 Right, set the sauce aside. Thats it done. Easy peasy. Now heat up some regular oil in a frying pan. Medium heat and don't be shy with the oil. You could deep fry these but we are going for a healthier version that's perfect for kids. 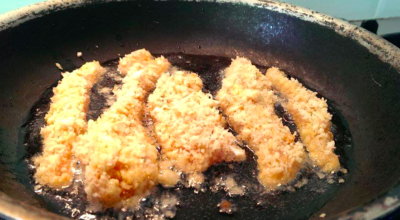 We want that lovely golden brown nutty colour. You’ll have to be patient and keep and eye on these. Don't burn the bastards or let them go soggy either. Take them out and put them on a tray. Finish them in a hot oven at about 180C for 5-6 minutes. Just crack one open if you want to see if they are cooked or not. 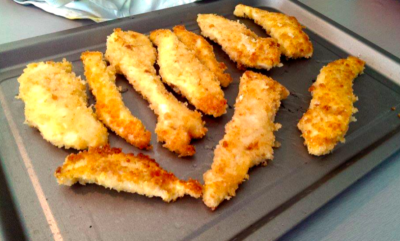 Serve them up with a bit of lemon and the sauce. Spicy and refreshing combo! You can’t beat a real bit of good fried chicken. 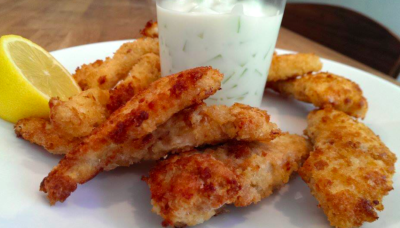