Dun Laoghaire has all the luck.

The south Dublin seaside town boasts the best everything: the Best Ice Cream (Teddy’s); the Best Views (the harbour); the best Scandi Interiors store (Sostrene Grene); the hands-down Best Public Library. A fairly recent addition, the Lexicon is an awesome (in the true sense of the word) monument of a building. Looking like a colossal ocean liner run aground, the building provides beautiful space to commune with the impressive collection or simply gaze out to sea. It is an inspiring place boasting not only the cannon of beloved stories on its shelves but also a hugely engaging calendar of events and exhibition. It’s a cultural hub. And now thanks to the opening of INK café, it boasts an eaterie that is as considered and thoroughly thought out as any of the books upstairs.

Coming Soon! INK Café is located at the waterfront in Dún Laoghaire, Dublin; just a few minutes from the Dart and Bus stop and with on-site parking. So... no excuse, come join us! #Staytuned #comingsoon #inkcafe #dunlaoghaire #foodspaceireland #dlrlexicon

INK is a café with a mission statement which utterly fits its position as the library café, providing culinary sustenance to those seeking intellectual and emotional sustenance upstairs. The café is zero waste, to the utmost of their ability, they are a neutral entity – not adding to the erosion of our planet’s resources. Meaning you can basically think of whatever you spend with them as a Karmic tax write-off.

I, for example felt totally fine about giving an old lady the finger during a bout of road rage on my way there last week, because I was already paying a karmic debt by supporting such a responsible and eco-friendly endeavour. I basically felt bathed in a celestial, saint-like aura upon my arrival for their Saturday night supper club – even though I’d left my pal waiting for 15 minutes.

INK is easing softly soflty into their dinner service with a weekend supper club to kick off what will hopefully be a nightly and highly individual offering on the pretty seafront stretch amid, bland chains which shall remain nameless for the purposes of not being sued. The menu is brief but well thought out, divided into small plates, large plates and sweet plates. The best approach is to order lots of dishes and share. They are served as they are ready which is not everyone’s bag but I felt the kitchen expertly paced the meal and it worked very well as we were going halves on everything.

We started with cauliflower arancini as a complimentary amuse bouche which were delicious, deeply savoury and crisp. We asked what cheese was used in the rice balls and received an answer that neatly sums up the INK ethos – a few different ones, the perfect use for ends. The kitchen at INK are focused on getting the maximum out of their produce, they also follow the season in terms of what they’re serving and their list of local suppliers is genuinely impressive, right down to salt that hails from Achill Island – they are being extremely conscientious. 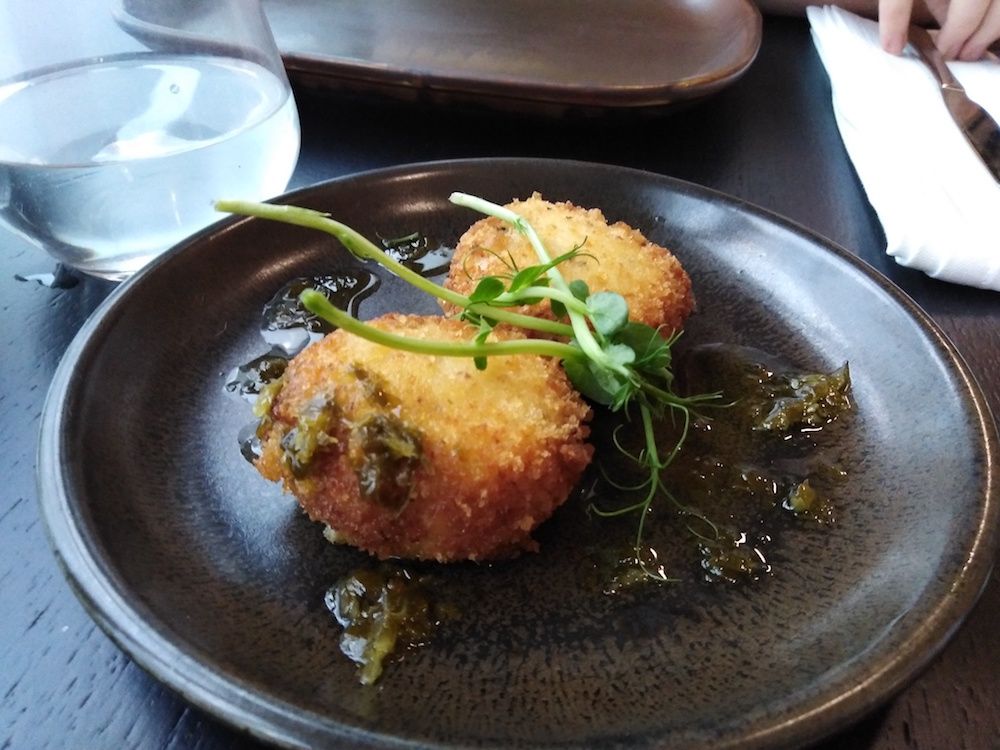 So now, if you’ll bear with me, I’m going to enter into an extended metaphor likening the dishes to the Nirvana album Nevermind.

Our first dish was basically the Smells Like Teen Spirit of opening gambits – a plate of bright green asparagus with dukkha (a Middle Easter blend of nuts and spices) and Velvet Cloud sheep’s yoghurt. Simple but perfectly executed. The asparagus was a welcome shock of Spring on a plate, while the slightly sour, creamy yoghurt provided a moreish sauce. It was a delight. 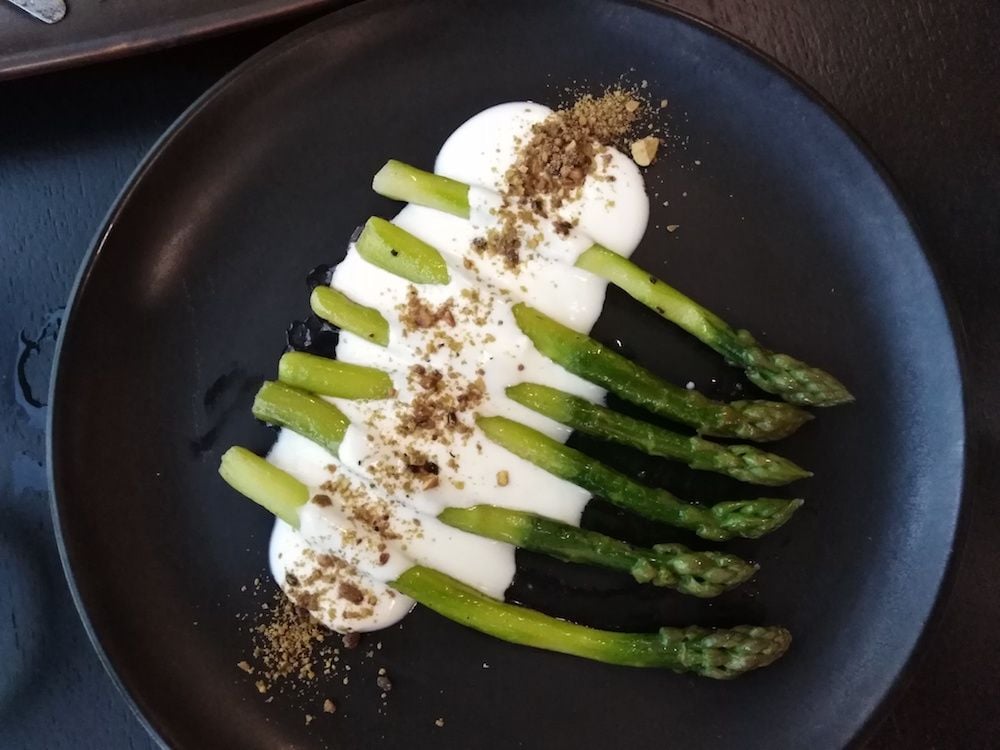 Next up came the ling fillet with crispy chicken skin and baby turnip with turnip pesto. Ling is a close relative of cod, though I felt it was a teensy bit more substantial in texture. The overall vibe here is subtlety. It’s kind of the ballad of the album, Polly. If you’re a fan of big, robust flavours this one may not be for you – for us the fish was well-cooked and flavoursome but the turnips were the real revelation. I am a woman who reads that fairy tale about the gigantic turnip to my kids and genuinely every time thinks, “ugh WHAT are they going to do with all that turnip?” This dish really shifted my opinion however and me and my eating teammate were fighting over the turnip pesto – a great showcasing for the oft-underused turnip greens. 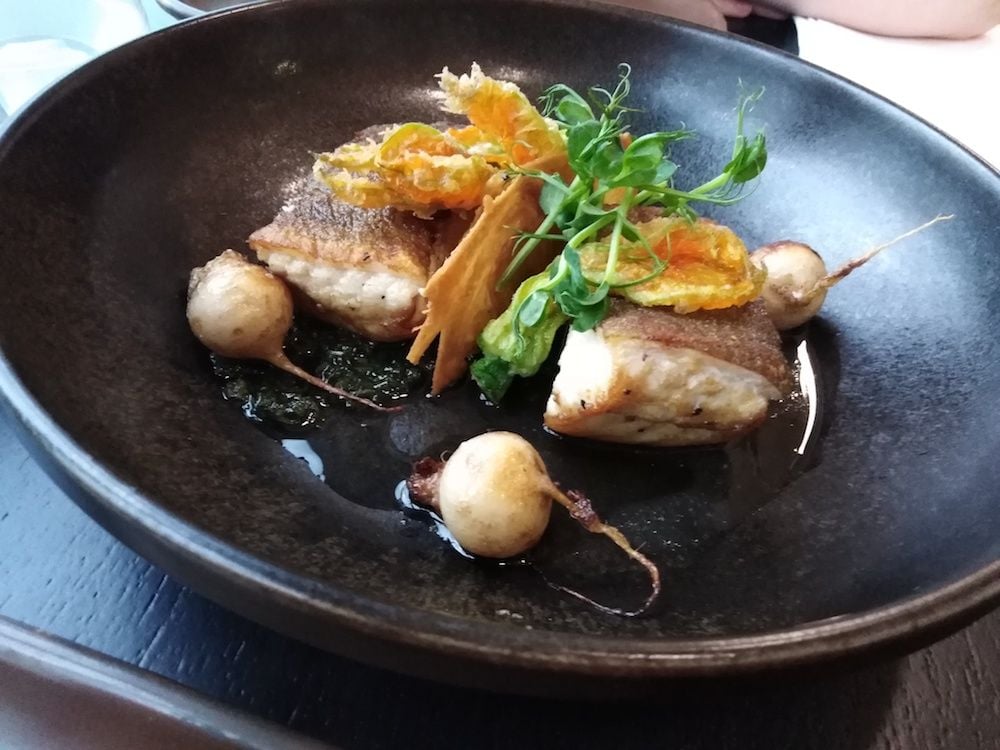 Our next course was the crowd pleaser, Come As You Are – two generous, nicely pink-in-the-centre pieces of Irish lamb rump served with violetta potatoes and greens. It was mega yum. 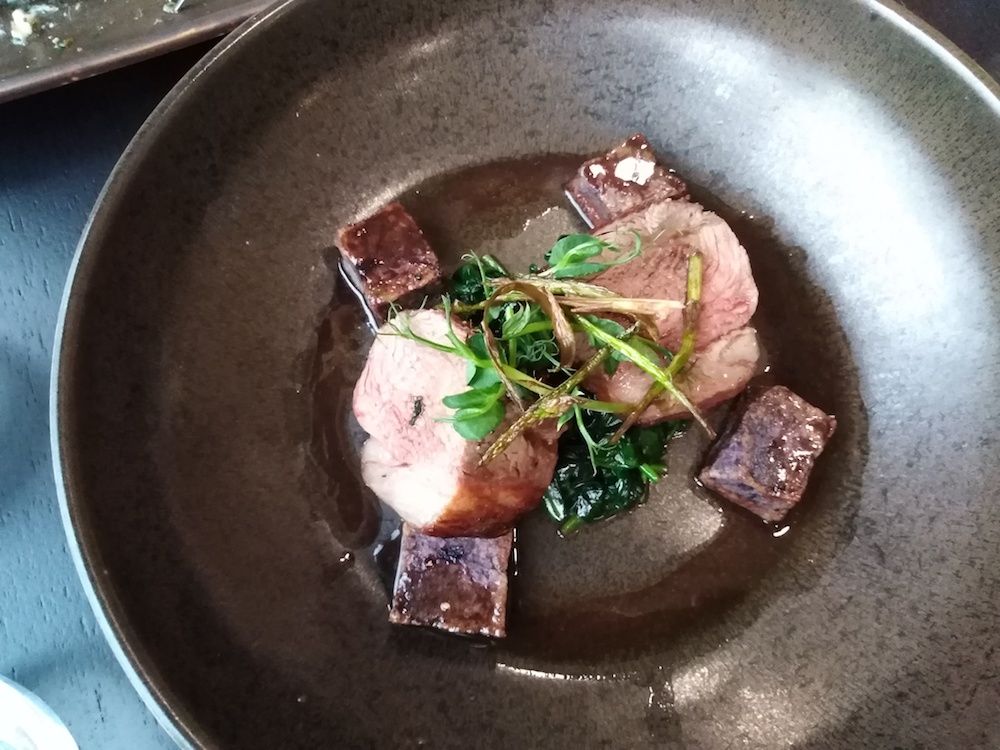 And now for the actual, real, no-F*CKIN-arguments, don’[email protected], BANGER of the album, Stay Away in the form of a fried cauliflower. Yeah, I know were little surprised too. We were still guzzling the juices from the lamb from our fingers when the cauliflower appeared. We’d even forgotten we’d ordered it and I sensed we were both looking dolefully at this new culinary mountain to climb.

“Sure we’ll have a taste,” I ventured, privately thinking look, there’s no way I give a shit about this cauliflower business after that lamb.

Then Mother of Divine Jehovah – as Kurt, himself, would say – it was good. Really good. Good, like we threw ourselves upon it. Gorging, fighting over choice morsels and generally marveling between bites.

From the menu description, it sounded unassuming – panfried cauliflower, mushrooms and spelt – but, oh, it was an absolute joy to eat. The crunch of the cauliflower contrasted nicely with the soft spelt while the mushrooms packed a punch of umami. 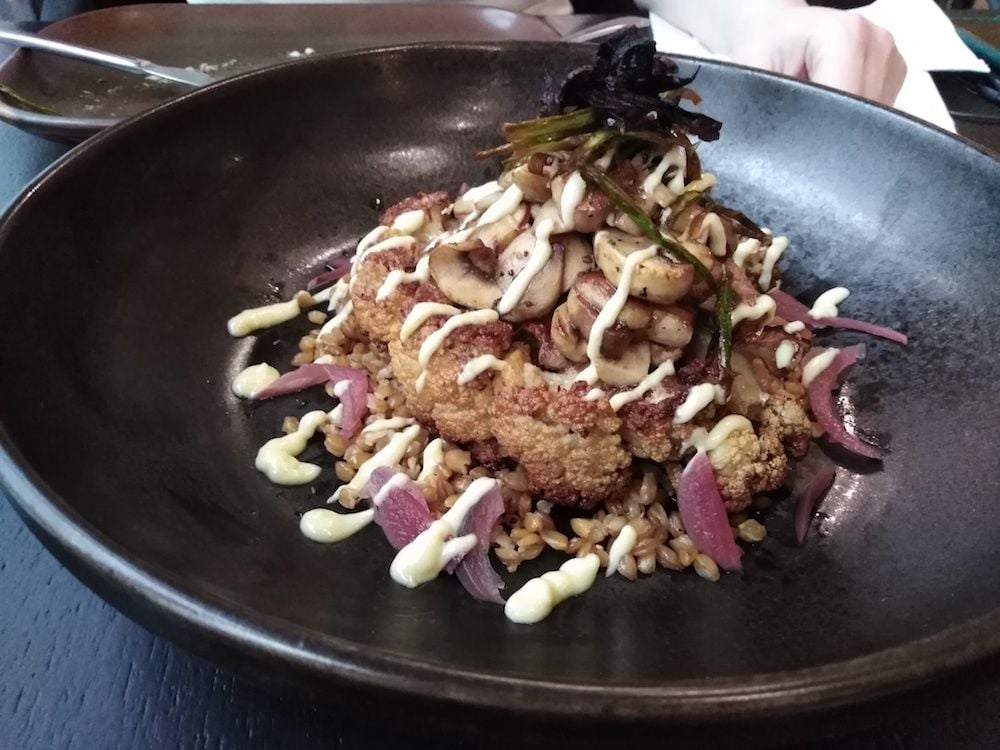 Desserts were two classics with the INK stamp of precision and care. An Eton Mess with blackcurrents was inspired, the berries were unsweetened though I was here for the sharp twist, tempered as it was by shards of meringue amid the whipped cream. The rhubarb posset was flawless – the perfect balance of rich, creamy posset with just the right hint of acid and complimented nicely with tart rhubarb. 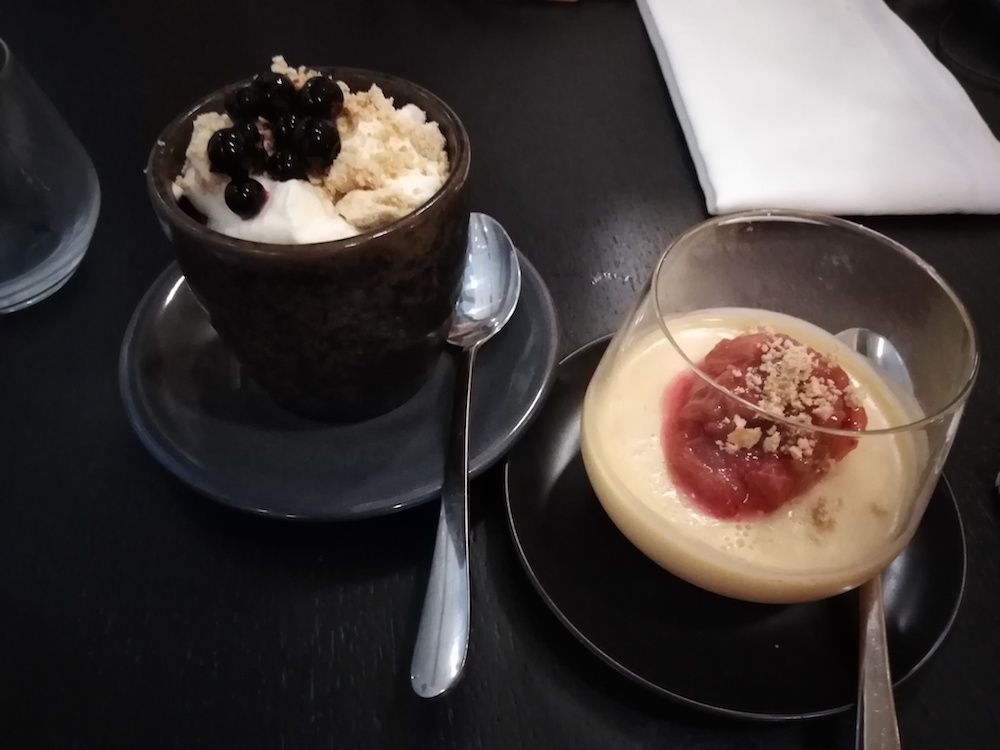 With INK being so good, I’ve now been pitched into an irrational (and probably slightly in bad taste) anxiety about it being not long for this world, á la our beloved Kurt. That is why I’m concluding the review with a vehement urging of everyone to GO THERE. We need to show our indie diamonds the love they deserve. Supporting INK is both the right and the delicious thing to do.

INK at the Lexicon