Grogans on South William Street is well-known for being quite busy on the weekends but you'd be hard-pushed to squeeze into this latest version.

A new Instagram account has emerged called @dublinbricks and, according to its bio, it's 'rebuilding Dublin, brick by brick, pub by pub.' Dublin Bricks is the work of creative designer Gianni who has chosen Grogans as the page's first Lego design with many more promised to follow in its footsteps.

J Grogan’s, Castle Lounge, the heart of Dublin. Big hugs with friends from near and far, shared over a creamy one and a toasty. 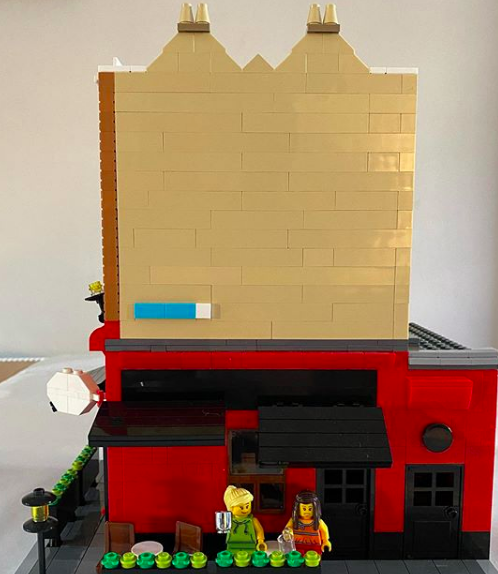 Sitting outside Grogans on a sunny day is one of Dublin's great pleasures and it looks like Gianni has the exterior down to a tee, right up to the happy heads on the two women enjoying their drinks.

As any frequent visitor to Grogan's knows though, you're better off taking your chances indoors with a cheese toastie and a pint once winter hits. Surely Gianni couldn't make an exact replica of said famous Dublin snack though, could he? Think again...

Cheese toastie, the perfect companion to a pint of plain. 🧀🍺🤗

This man's talents appear to be endless. We're looking forward to seeing which Dublin pubs Gianni replicates next. Which ones would you suggest? Let us know in the comments.

In the meantime, you can follow Gianni's work with Dublin Bricks here.