We got some exciting gig news this morning.

It was announced today that Damien Dempsy will take to the stage in Dublin's Iveagh Gardens on 10 July 2020.

Ticketmaster announced the news today, writing, "With all Vicar Street shows in December 2019 now Sold Out (in the fastest time in his whole career) Damien Dempsey announces a summer return to Iveagh Gardens on 10 July 2020." 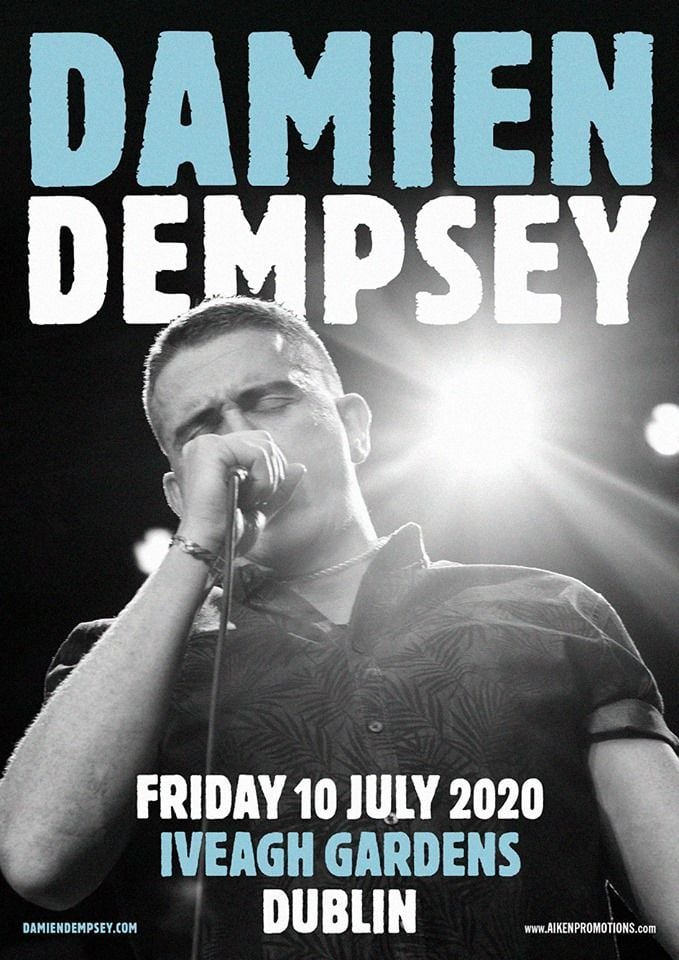 The gig will mark 20 years of the artist making music, with eight albums currently under his belt.

His most recent record, Union, sees Damien release new material as well as reimagined classics. He has even collaborated with artists such as Finbar Furey, John Grant, Kate Tempest, Maverick Sabre and Lisa O’Neil for this album.

The singer will also play a series of shows at Vicar Street this December.