Celtic FC is a club revered all over the world but there aren't too many cities with as much affection for The Hoops as Dublin.

For this reason, any event which features Celtic legends John Hartson and Chris Sutton here in the capital should prove extremely popular. The two lads played a huge part in what was a golden era for the Glasgow outfit, with Hartson arriving in 2001, a year after Sutton made the move north from Chelsea.

The pair formed a prolific attacking triumvirate with legendary Swede Henrik Larsson under the stewardship of future Ireland manager Martin O'Neill and they will be reflecting on their memories at the Crowne Plaza Dublin Airport Hotel in Santry on Friday, June 5. 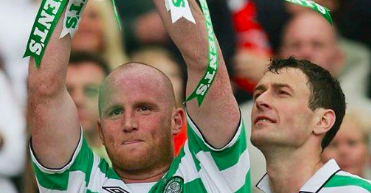 The pair also played pivotal roles in Celtic's memorable run to the 2003 UEFA Cup final, where they were defeated by José Mourinho's emerging Porto side.

The night at the Crowne Plaza is sure to an enlightening one for any Celtic fan but if you're particularly enamoured with Hartson and Sutton you can organise a meet and greet as well as a photo for the early bird price of €50, here.

For the rest of us riff-raff, tickets cost €25 and you can find more information here.