People are pretty passionate about pizza so I'm fully expecting a backlash to this post and to be called all sorts of names for my horrendous choices below. It is amazing just how riled up people get when discussing something as simple as a bit of bread baked in an oven with tomato sauce and cheese on top. The main reason for that is that pizza is just so fucking good. It cures hangovers, makes you fat really fast and best of all its usually a super cheap way to eat out. Would love to hear your feedback in the comments and any other suggestions that you think should be on the list.

You are probably turning your nose up in disgust at this being on the list but there is a time and a place for everything. When I'm dying of a hangover and have the fear of god and can't even imagine leaving the house there is nothing better firing up an app (not having to talk to anybody) and getting a huge meal deal rocking up at the door 20 minutes later. Maybe not the best quality pizza on the list but here because of their pure convenience. 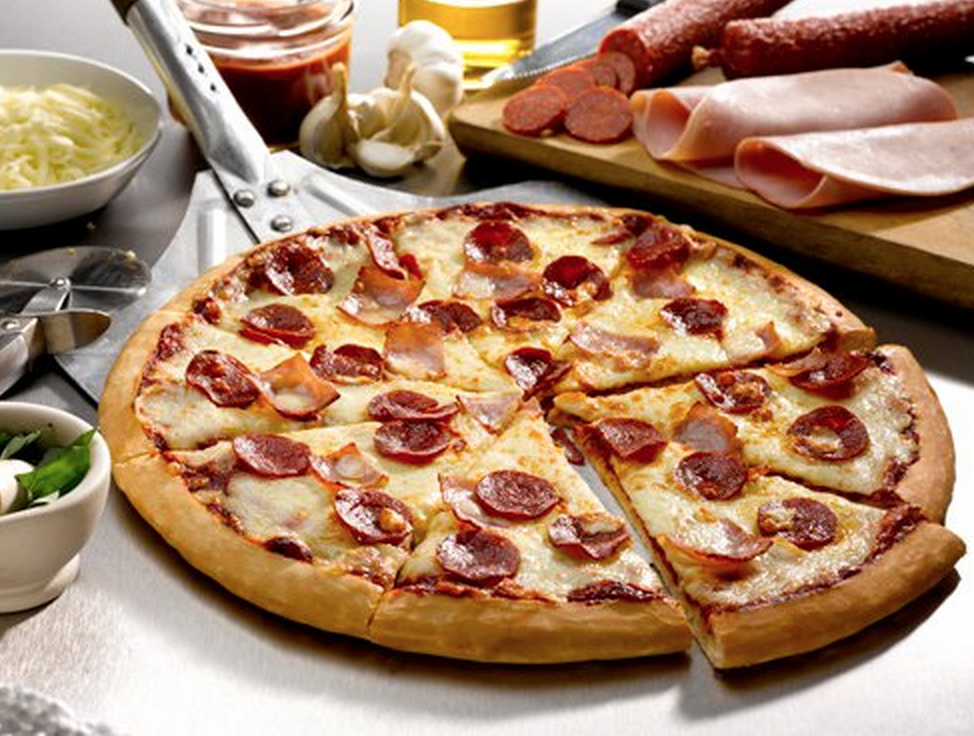 I didn't like Skinflint personally when I reviewed it way back at the start but I do listen to what others say and this was a firm favorite when asking around the office. An alternative take on the pizza (they aren't even round!) with wide range of unique toppings and a super casual setting. 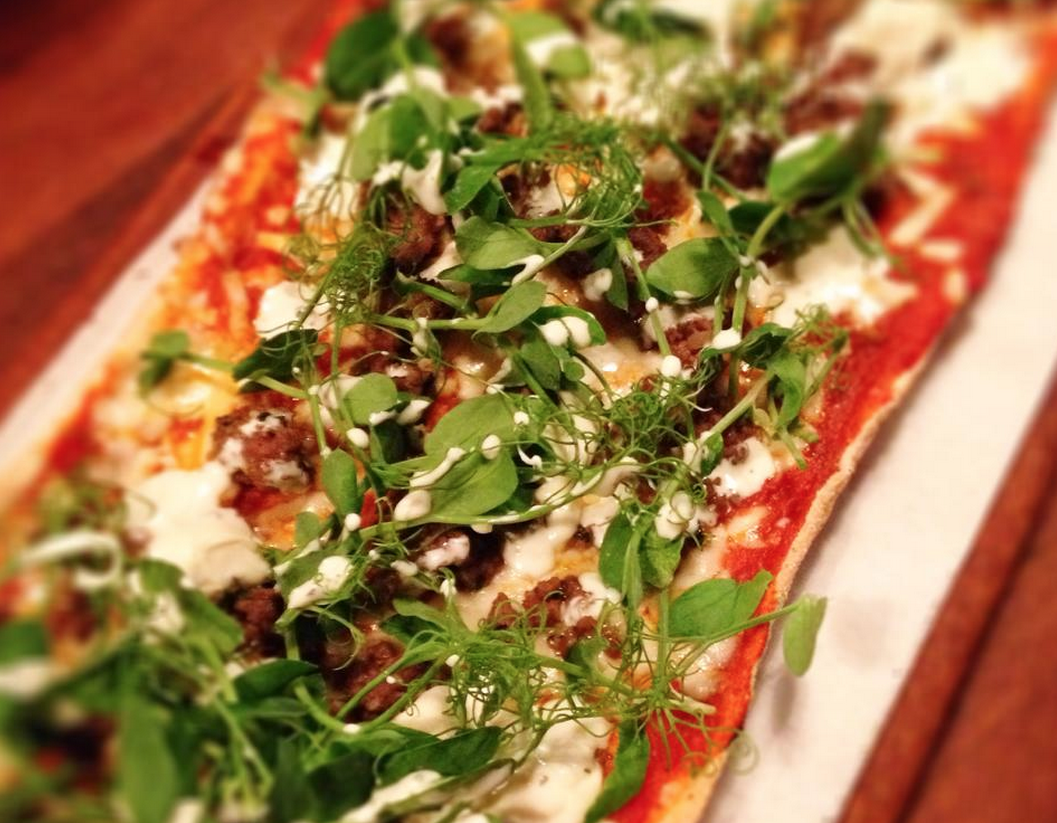 Busiest periods are anytime after 1am on weekends, for many people a night out isn't complete without a stop in Ray's. These are proper NY style slices, bigger than the (classy) paper plates they're served on, piping hot and deliciously greasy. 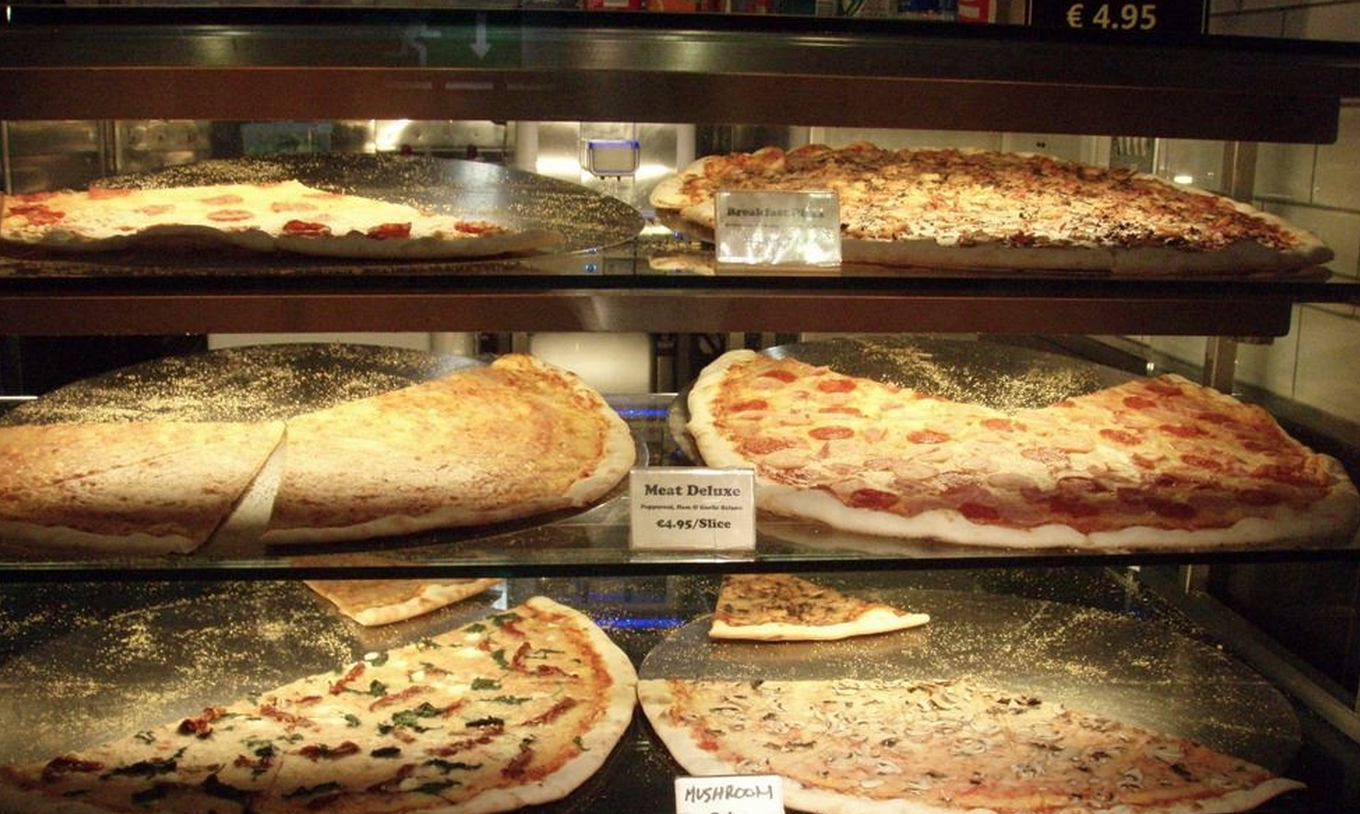 Great little spot on Montague lane that is a handy place to pick up slice or two on your lunch break. The perfect way to experience this is on a nice hot summer's day by getting pizza to go and eating it in either St Stephen's Green or Iveagh Gardens. A bit of a hidden gem that I wrote about a few months ago. This place is bursting with Italian charm and although the restaurant only seats about 16 people you'll be welcomed with open arms and can actually see your pizza being made in the kitchen. 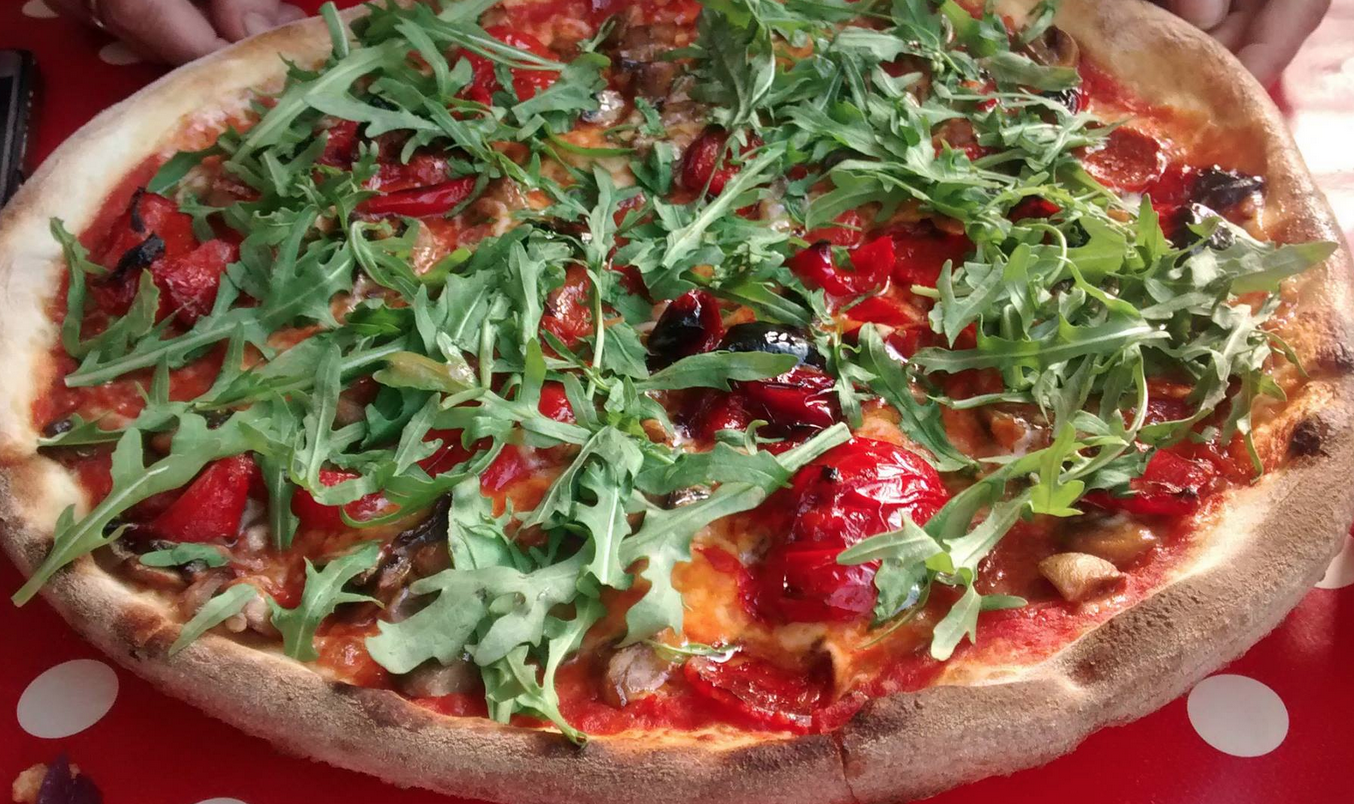 The quality of their pizzas is absolutely first class and to be honest they would be a lot higher on the list competing for the top spots if they had been around a little longer. I'd always like restaurants to prove themselves over time and if they keep doing what they are at right now they'll be topping plenty of lists. Awesome pizza. 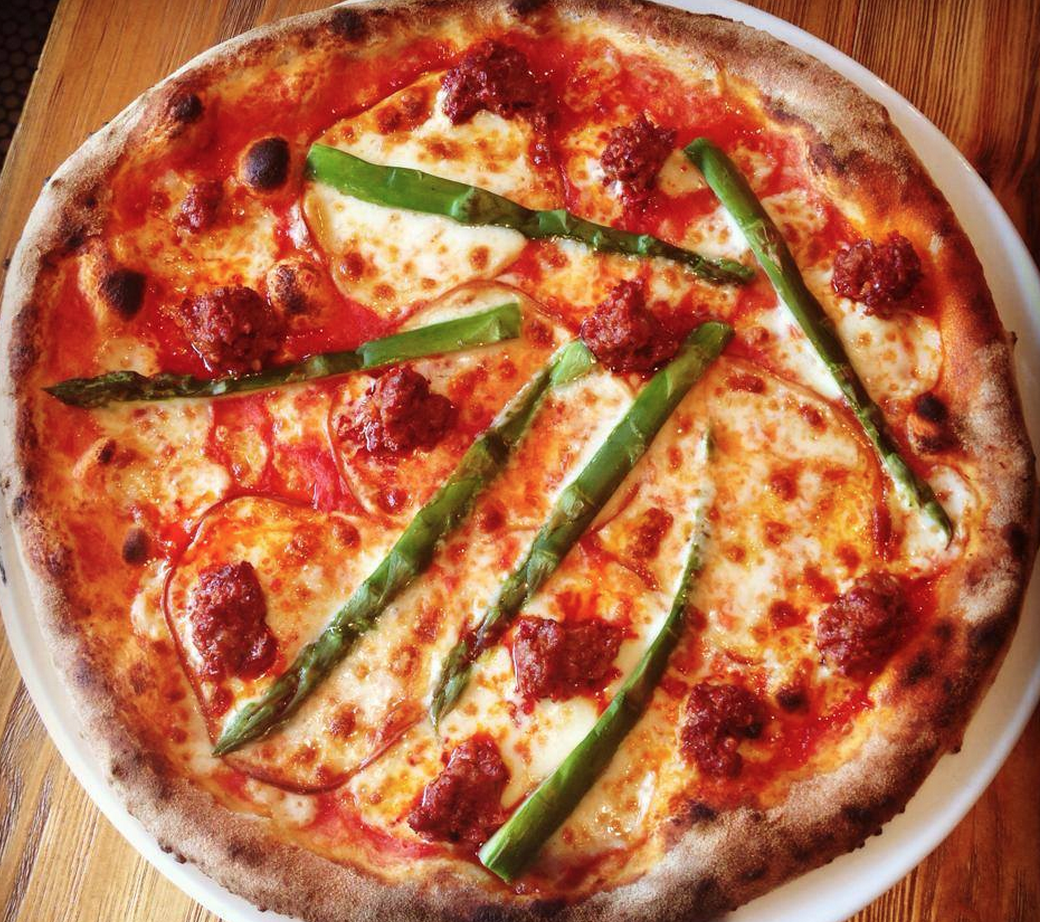 This is a bit of a hidden gem which is tucked away on Dame Lane and I'd never noticed it until Ken left a comment on a previous post suggesting it. Sure enough it is one of the best spots in Dublin and is handily located beside a bunch of pubs so as you can grab one on the go.

Pretty new kid on the block with shops in Terenure and Ballsbridge. They have a big focus on the takeaway market and supplying some pubs like the Bath and I've never seen a "cleaner" pizza come from a takeaway restaurant. Really super classic toppings and crispy bases.

This place is always bustling with young Europeans who work in the local tech companies and you'll be doing well to get a seat in here at either lunch or dinner time. Big shouts for this to get the number 1 spot as some people swear but it but a strong 2nd. This is the one that wins it hands down for me. To be honest there is very little between the top 5 on this list but the fact that this place feels uniquely Italian and the wood fired oven is so visible makes this the best one for me. They have a sister restaurant down the road that is pretty good too but the amazing pizzas in here can't be topped anywhere in Dublin. 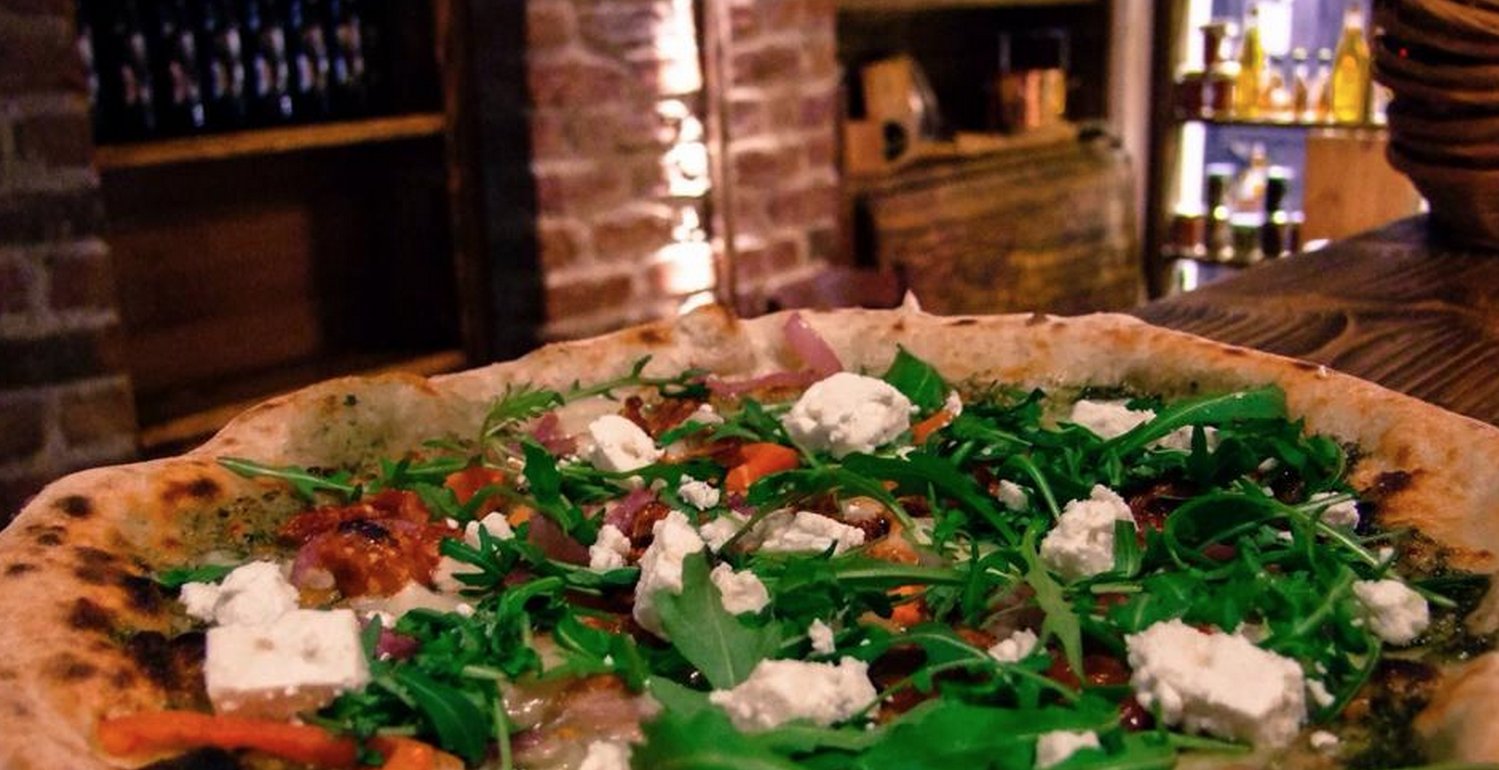 The View From You Guys

We asked the question on Twitter and I've never seen as many people reply with all sorts of answers. Keep the suggestions coming in the comments. Amazing how the few same places kept popping up from yourselves as well.

150 Things To Eat In Dublin

If you enjoyed that list you'll probably want to check out the 150 things to eat in Dublin before you die. READ: The Top 10 Photos Spotted On #Lovindublin This Week

Mad Yolks is closing down one of their locations for good