Sarah Jessica Parker is well known for playing a writer in Sex And The City and it seems she channeled her character's love for the written word on a recent trip to Dublin.

In Ireland on one of her regular trips with husband Matthew Broderick, the pair spent some time in the capital and the star posted a picture outside the famous Hodges Figgis bookstore on Dawson Street to her Instagram.

Dublin. In a night. And everything else the gorgeous city offers. We are always waiting our return. X, SJ

As well as that, Parker shared a pic of Ulysses Rare Books on Duke Street as well as a letterbox (obvs) and a pub window. All of the snaps were accompanied by the caption 'Dublin. In a night. And everything else the gorgeous city offers.  We are always waiting our return. X, SJ.' 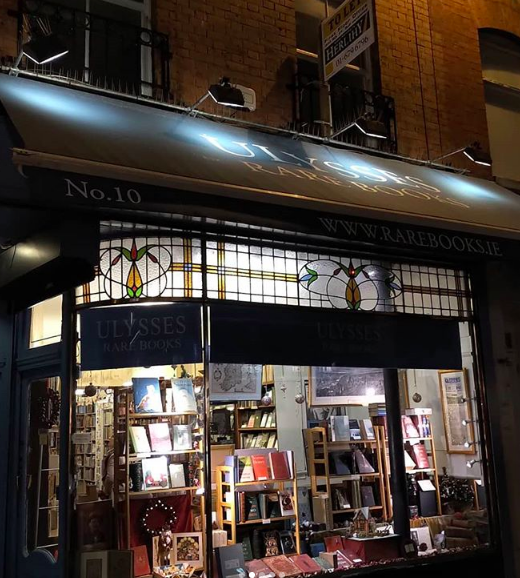 Sarah Jessica Parker and Matthew Broderick are regular visitors to Kilcar in Co. Donegal where they own a holiday home. The pair got married in 1997 and are parents to three children.

Both have had successful Hollywood careers, with SJP most famous for her role as New York columnist Carrie Bradshaw in HBO series Sex And The City which ran from 1998 until 2004. She also played the character on the big screen in two movies which acted as sequels to the hugely popular series.

When she's not leafing through pages in Dublin's bookstores or relaxing in Donegal, Sarah Jessica Parker can currently be found playing Frances Dufresne in Divorce which was created by Ireland's very own Sharon Horgan.

SJP is clearly quite fond of our fair city and no doubt her legions of Irish fans will welcome her back any time. The question is, would Carrie have enjoyed navigating the Dublin dating scene or would she preferred to take her chances over in NYC? Let us know what you think.

READ NEXT: Copper Face Jacks: The Musical to return to The Olympia Theatre next year

What's showing in the cinema this week as Ireland enters phase 3?