It was recently announced that House Of Peroni would be returning to Dublin this month for another unbelievable food and drink experience. And it's safe to say we're buzzing.

It looks like this time around, it's going to be bigger and better than ever. From Thursday, August 22 until Sunday, September 1, 2019, House Of Peroni will take up residence in the Royal Hibernian Academy at Ely Place, Dublin 2 as part of a global House Of Peroni Series, which also sees events taking place in Barcelona, Paris, Stockholm, Santiago and Johannesburg.

Royal Hibernian Academy will be transformed into a super stylish Peroni-inspired experience, put together by three unreal Irish collaborators.

Earlier this year, Peroni Nastro Azzurro brought these three Irish creatives plus six international creatives, known as the Creative Council, to Puglia in Italy for some inspiration.

So, who are the collaborators?

Killian is responsible for the delightful food that's going to be served. He's a chef de partie at Galway Michelin star restaurant Aniar and has put together a stunning tasting menu inspired by the simplicity and variety of Puglianese food which is sure to make your taste buds go wild.

Originally born in Belgium, he began his cooking journey at age 15 and has since worked across Michelin Star restaurants across Europe, becoming one of the most exciting culinary professionals in the country right now.

He was also part of the team at Christophe Hardiquest's Restaurant Bon Bon in Belgium when it was awarded a second Michelin star. After that, he returned to join Aniar in Galway.

For House of Peroni, Killian will use Irish produce to put together some gorgeous Puglianese style dishes such as Orecchiette al ragu, monkfish and lemon, and fennel and yoghurt, to name a few.

Plus, he has developed three original gelato flavours especially for House of Peroni: preserved lemon, olive oil, and a Peroni gelato, which will all be served in Dublin, Barcelona, Paris and Stockholm. 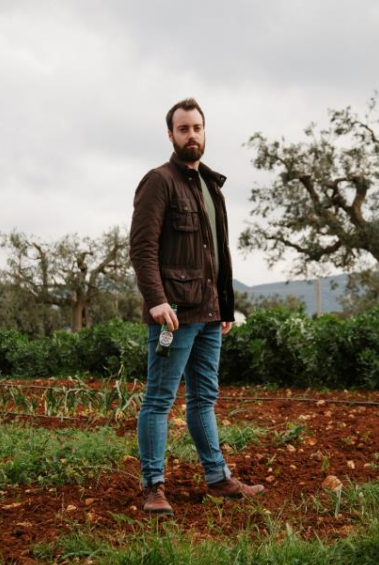 Kev Freeney is a co-founder of Algorithm, a creative production company known for its incredible installations and immersive experiences.

So far, they've developed visual installations for festivals such as Body & Soul, Electric Picnic and Longitude.

For House of Peroni, Kev will take inspiration from his time in Puglia and the authentic Italian style of Peroni to set the atmosphere and create an immersive audio-visual experience in the Royal Hibernian Academy.

While in Puglia, Kev got to spend some time with architect Riccardo Cavaciocchi of The Paper Factor, a company that uses a new compound of micro paper to produce solid material, an innovative solution to paper mache. He also paid a visit to music studio Sude Studio.

With Kev being involved in House of Peroni, Royal Hibernian Academy is set to be transformed into an unbelievably authentic and immersive Italian experience. Over the past nine years, she has built up a team of 15 craftspeople, designers and contractors that make up her company Kingston Lafferty Design.

In 2018, Róisín was named IMAGE Magazine's Interior Designer of the Year and has been awarded many other accolades, becoming one of the country's leading creatives.

A post shared by Kingston Lafferty Design (@roisinlaffertykld) on Aug 2, 2019 at 1:57am PDT

Following her trip to Puglia, she was inspired by the typical Puglianese aesthetics like "refined arches, understated whites and glistening jewel seascapes."

Speaking to Lovin Dublin about her involvement with House of Peroni, she explained why she was delighted with the work she had done:

"You can climb on things and walk around things, sit on things, get Instagrams on them. It's a very fun and playful design."

Róisín hopes to evoke "curiosity, discovery and fun" from House of Peroni. If you haven't got your hands on tickets to this hotly-anticipated food and drink event, then you can grab them here. I'd be quick if I was you, as it was hugely popular when it came to Dublin last year.

House Of Peroni requires no booking and there’s no admission fee. Although, it is strictly over 18s.