Curtis Pritchard has broken his silence and told his side of the story about his break-up with Maura Higgins.

Curtis and Maura split up last month and apparently, they haven't spoken since.

After meeting on Love Island last summer, Curtis and Maura were an item for seven months before deciding to go their separate ways, with the pair's busy schedules cited as the main reason.

Maura was the first to publicly announce the break-up and according to Curtis, he had no idea that the Longford woman was going to post the news on social media. 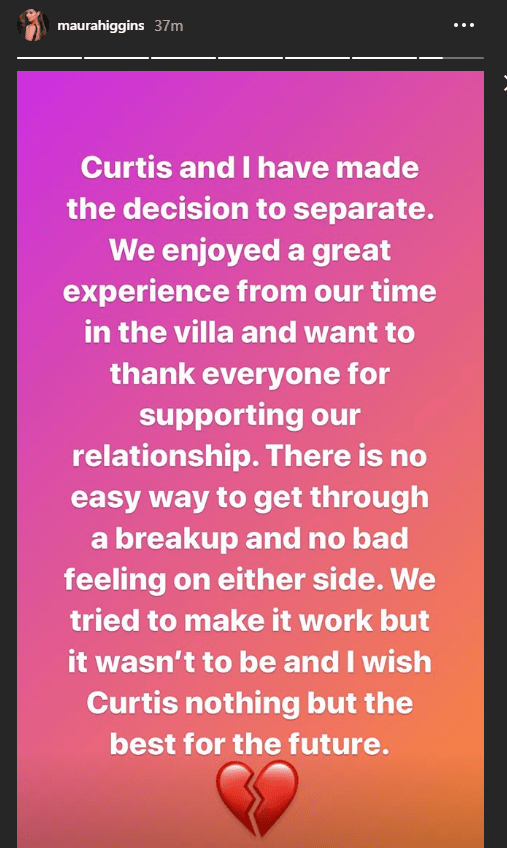 Speaking to The Sun, Curtis said: "We did have lots of good times — one of the highlights was when I asked her to be my girlfriend at Port Lympne Safari Park in Kent. But we were spending a lot of time apart. I was on The Greatest Dancer and she was training for Dancing On Ice from December.

"I went to her first three shows, but after that she asked me not to come. She said she had terrible nerves and it was easier without me there. I just accepted that. I wasn’t concerned about there being anything romantic between her and Alex.

"But as the weeks went on our relationship deteriorated, and then at the beginning of March we agreed to go our separate ways. It hurt. I wasn’t ready for everyone to know we had split up — I wanted some time. It was a shock to see that she had announced it on social media hours later."