It's the most colourful time of the year. Yes, it's Pride!

And this year, the Dublin LGBTQ+ Pride festival is looking mighty fine, and we are buzzing.

There is absolutely loads happening over the weekend to mark the occasion, so grab your pride gear and get out there and celebrate.

Here's what's happening this weekend in the city:

Ah yes, the main event. The streets of Dublin are set to get a burst of colour this Saturday as the parade, led by grand marshall and tireless LGBTQ+ activist Will St Ledger, will kick off at 1pm.

The parade starts at The Garden of Remebrance, heads down O'Connell Street, makes its way along Eden Quay past Liberty Hall, across the Liffey at Talbot Memorial Bridge, along City Quay, Lombard Street and Westland Row and finishes at Merrion Square.

We are absolutely delighted to announce that the proposed route for the 2019 #DubliPride Parade and March will see us return to the very heart of our city! 🌈🌈🌈 Assembling on O’Connell Street and Parnell Square on Saturday June 29th, 7,000 people from over 150 different groups with floats and marching bands and colourful costumes and lots and lots of noise will lead out the Parade which will end with a free outdoor event in Merrion Square. In addition to the Parade and Pride Village in Merrion Square, Collins Barracks will host its most colourful event in its 300 year history as the site for the Mother #Pride #BlockParty

Following the parade, there will be a free family-friendly Pride Village at Merrion Square from 12pm. There will be food vendors, community areas, a Pride shop, face painters, children's play areas and lots more.

3. Pride Day at The George

From 12pm, Dublin’s oldest LGBTQ+ bar and nightclub will host their Pride day.

The George being The George, it’s set to be an amazing day of celebrations. 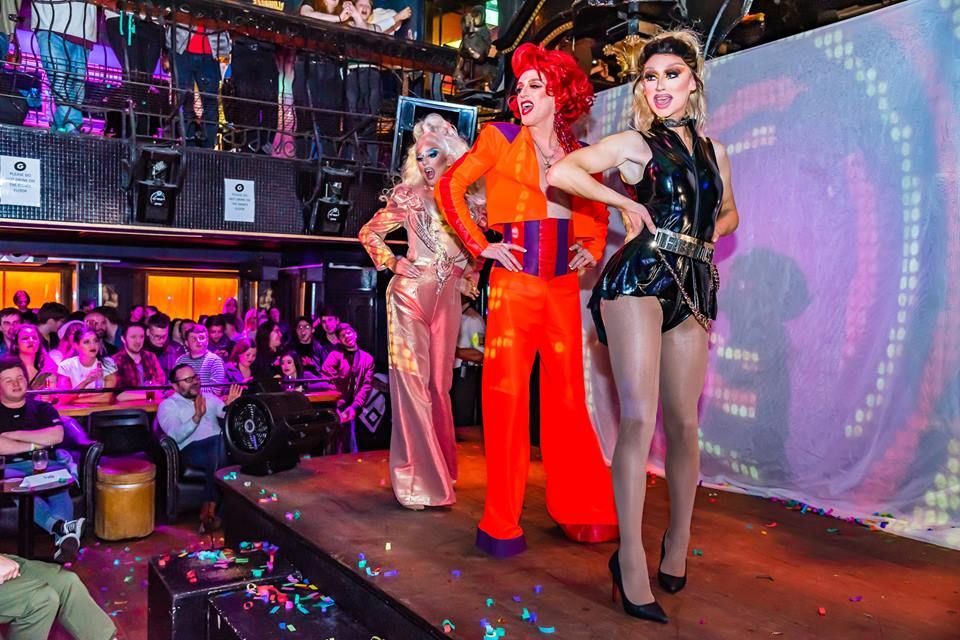 Street 66 will also host some Pride celebrations from 12pm on Saturday, June 29.

With a selection of DJs playing all the classic Pride anthems, it'll be an unreal day.

The bar also recently launched its very own limited edition Stonewall Beer, specially brewed to mark 50 years since the Stonewall Riots and to remind people how and why Pride came about.

Panti Bliss just recently opened the sister bar to Panti Bar, Penny Lane, which we actually got a first look at.

And on the Saturday of Pride, the two bars will host a fabulous street party. You can head along to the all-day street party after having watched the parade as it will be kicking off from 2pm.

Since the closure of District 8, the Mother Pride Block Party will take place at Collins Barracks this year, meaning it will be bigger and better than ever.

And with a lineup featuring MØ, Pillow Queens, Daithí, Panti Bliss, Paul Ryder and many more, it's safe to say that we are pure buzzing for this one.

It will also be followed by an after-party in The Grand Social.

Line up announcement: LINE UP ANNOUNCEMENT: MØTHER PRIDE BLOCK PARTY: When released in 2015, her smash hit ‘Lean On’ with Major Lazor was Spotify’s most streamed song of all time, coupled with a string of hits, streams in the billions and an incredible stage presence, we can’t wait for Danish singer, songwriter and producer MØ to headline the Mother Block Party this June! Joining her on the line up, some of our absolute favorite artists! Ticket link in our bio!

Dublin Drag royalty Victoria Secret and Davina Devine will host an epic Pride celebration at Vicar Street On Saturday, which will kick off at 7pm.

It's a ticketed event, but there are still some available which you can get here.

Also, it will see Bewitched take to the stage!

🌈🌈So excited that myself and @victoriasecretdublin #DublinPride Party tickets are Live & onsale now (LINK IN BIO) 80% of early bird tickets sold out so get your rainbow coloured skates on! It’s gonna be deadly🎉🎉🌈 #drag #Dublin #dragqueen #irishpop #irishmusic #bewitched #dublinpride

In celebration of Dublin LGBTQ+ Pride, The Ivy on Dawson Street will have a special 'Proud Ivy' cocktail.

They will also be hosting a Pride brunch from 11am until 3pm, complete with music from a series of local DJs and a range of sumptuous Ivy brunch classics including eggs Benedict, hot buttermilk pancakes and chicken Milanese. 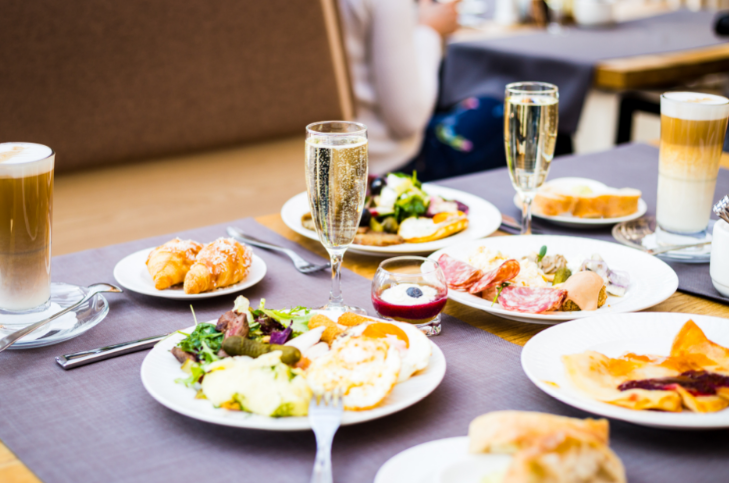 To finish off the weekend of Pride celebrations, Dublin drag queen Shirley Temple Bar will host bingo at The George, as per every Sunday.

Shirley's bingo night is the longest running weekly drag show in Ireland, and with a snowball prize to be won on the night, her Pride edition is set to be a good one.

The snowball may have went last week but have no fear @shirleytemplebar has a guaranteed €200 to win just in time for Pride! Join Shirley and your fav Bingo girls from 9pm. Finishing your weekend off in style DJ @Karenreddy1 on the decks till late. Free entry before 10pm. Only €5 after. #thegeorgedublin #dragqueen #gaypride #bingo

Taking place at Farrier & Draper on South William Street on Sunday, June 30, this wrap-up event is set to be tropic.

There will be three stunning rooms upstairs and they're also opening their basement for the night, so there'll be loads of space for a dance.

Doors open at 10pm and it's advised that you buy a ticket ahead because it's expected to be jammed. 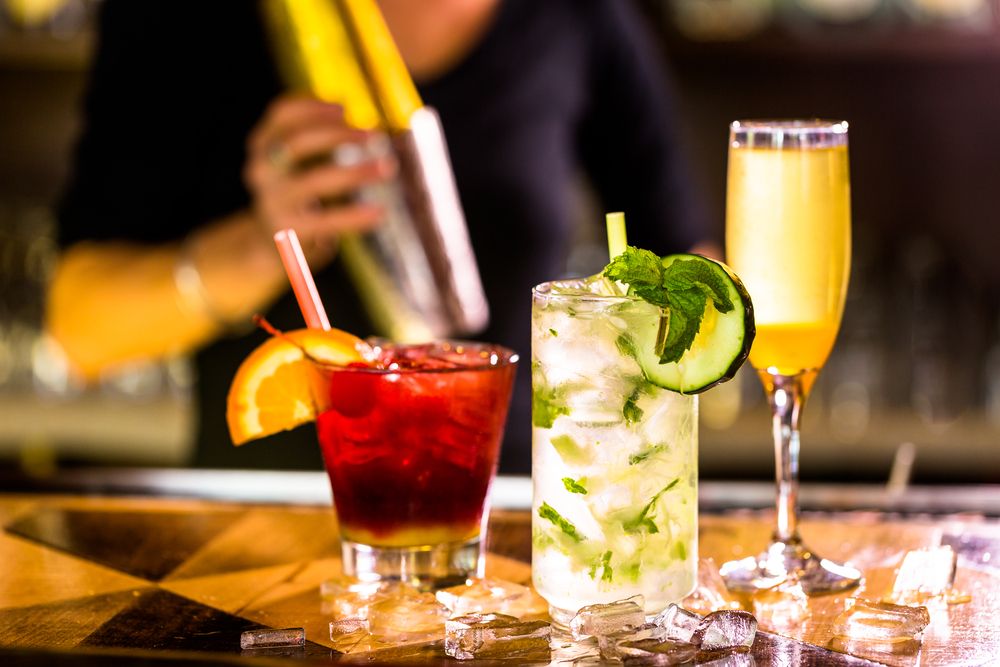